How the Internet Ruined Fandom | The Walrus
Skip to content 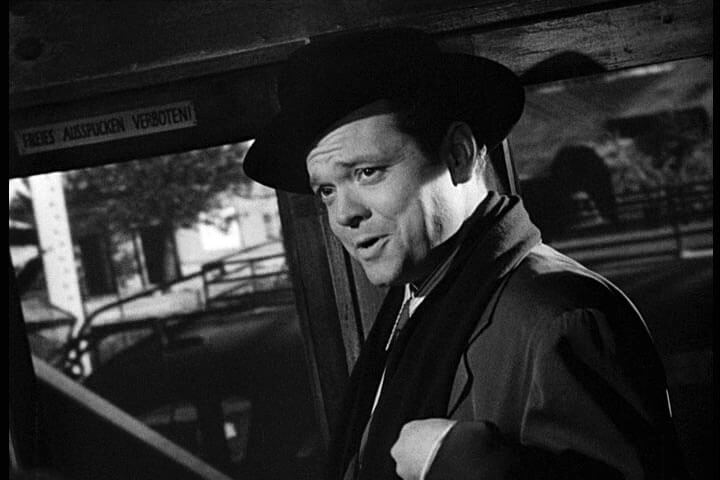 Orson Welles’s Chimes at Midnight (1965) is an ingenious mash-up of several of Shakespeare’s history plays. It’s considered by many to be Welles’s best work—even better than Citizen Kane. Later this summer, the Criterion Collection will bring out a new, long-awaited edition of the film.

But for years, Chimes at Midnight was nearly impossible to find. As legal disputes prevented a proper release, Torontonians interested in acquiring a VHS recording, pre-Internet, had to make their way to abbeys like Vintage Video. The store was usually empty, the product expensive, and the owner charmingly prickly. He supplied discernment and—less valued these days—a sense of authority. He took especially grim pleasure in confirming your worst fears about the unavailability of this or that movie. It was heaven. Today, of course, you simply Google “chimes at midnight” to find your DVD import on Amazon—and at least ninety-three well-meaning customer reviews. (Vintage Video is still with us, but the block it’s a part of appears to be slated for condos.)

If it’s the perfect time to be an obscure work of art, it’s also end-times for the cult enthusiast.

Is it precious to mourn the passing of a time when you couldn’t easily access a community of like-minded super fans, armed with ninety-three instant opinions? When the contents of your record collection weren’t determined by Apple, which now overwrites carefully curated songs with the versions it deems acceptable? Perhaps what’s worth mourning is the feeling of being tasked with treasuring a particular artist because no one else did.

In the early decades of the twentieth century, a great civilization of Jewish wits occupied Vienna’s coffeehouses. Some, like the journalist Alfred Polgar, achieved renown; others, like the romantically unproductive Peter Altenberg, cult status. An anti-Semitic quota system prevented many of these writers from becoming university faculty; they were forced to thrive amid clinking cups and noisy conversation. (Altenberg even had his mail directed to his preferred haunt, Café Central.) The coming of the Second World War, however, eventually emptied the coffeehouses. Vienna’s Jewish writers were dispersed and, in some cases, forgotten.

One of the great fans of these now-obscure writers is the Australian critic Clive James, who absorbed much of his enthusiasm for the coffeehouse wits from the pianist Alfred Brendel. As James tells it,

Brendel carries on his person their best sayings, individually typed out on slips of paper. Away from the piano, Brendel’s fingertips are usually wrapped in strips of Elastoplast. (So would mine be, if they were worth ten million dollars each.) When you see those bits of paper being hauled from his pockets by his plastered fingers, you realize you are in the presence of a true enthusiast.

The Internet certainly gives the illusion of being a great enabler of fandom. There’s no lack of links to email to nonbelievers, no shortage of fan sites or chat rooms in which those who share a very specific fetish can organize. All manner of button lets you share or retweet at will. (No slips of paper need change hands.) Platforms like YouTube permit lay-archivists to post grey literature that would otherwise be inaccessible, like the reclusive Canadian singer Mary Margaret O’Hara’s lone Christmas original.

But if it’s the perfect time to be an obscure work of art, it’s also end-times for Brendel’s breed of cult enthusiast; our information-deluged era has rendered his ascetic devotion obsolete. It’s not just that the champions of the obscure have been spoiled by the ease with which they can express their fandom, it’s that their most important function, keeping a torch lit for the lesser known, has been taken over by the Web.

Not so long ago, the obsessive fan had no easy way to instantly preserve and share the obscure object of her enthusiasm. The writer with a pet interest pitched it to editors and hoped it landed. The amateur, in possession of no editors’ ears, founded fan clubs and mimeographed fanzines. The music aficionado haunted record stores, the bibliophile, estate sales. Bins were combed through, library stacks dragged. Fandom demanded physical effort, and effort ran on passion.

Fandom also required memory—the analogue kind you keep between your ears. The obsessive fan of yesteryear couldn’t count on an archive of linked computers, coupled to a search algorithm as intelligent as the one devised by Sergey Brin and Larry Page. Maverick reputations like Weldon Kees (poet), Monte Hellman (filmmaker), Karen Dalton (folky), and Nick Drake (ditto) survived because they were internalized by devotees—as opposed to externalized on YouTube or personal blogs.

For example, the late musician Dennis Wilson was long coveted by an elect group who knew that he was so much more than simply the Beach Boys’ reckless, also-ran drummer. He wrote raw, impressionistic tone poems that Beach Boys albums couldn’t quite metabolize, and also made solo recordings, which went out of print for years. Some of the best weren’t even released. “I heard [the instrumental track] ‘Holy Man’ only once when we did a rough mix of it in March of 1976,” recalls one of Wilson’s sound engineers, John Hanlon. “Then it sat in my head for thirty-one years. I couldn’t hear it anywhere else. They hadn’t done any vocals, but it was such a magical melody that I would’ve done anything just to hear the track one more time.”

To supplement memory, the obsessive fan of yesteryear was forced to covet used editions, bootlegs, fanzines, grainy video, hearsay, rumor, word of mouth, brittle clippings, Brendel’s slips of paper, cassette tape, and other ephemera. But “forced” suggests his poverty was a bad thing. In fact, lack of content correlates to deeper commitment. The obsessive fan slaked his thirst with droplets of data, spaced across months, even years. Yes, I know: I sound like a wartime propagandist. But lack of content—an intolerable proposition nowadays, when one post displaces the next by flick of thumb—taught frugality and toughened consumers of culture into cacti. They would’ve been scandalized by this essay’s geyser of hyperlinks.

Don’t get me wrong; it’s lovely to type a name into a search bar and call up content about some little-known figure you care about. Certainly a deserving artist or work shouldn’t be the preserve of a few. But the dedicated, discerning obsessive understood the irreplaceable value of physical effort. If you took Richard Teleky’s creative writing classes in the ’90s, you would’ve felt obliged to look up many neglected but deserving books, including Paula Fox’s Desperate Characters (1970). A slim, perfectly executed novel that takes place over the course of a weekend, it concerns a Brooklyn couple trying to find a cat. (The wife is bitten at the start of the novel and spends the length of it worried about rabies.)

The book disappeared for years, but then Jonathan Franzen, Fox’s most famous fan, campaigned to get it brought back into print. (Kurt Cobain and Courtney Love did something similar in 1993, using newly acquired power to persuade Geffen Records to reissue albums by the neglected English band The Raincoats.)

Anyway, during the dark age of Desperate Characters, Teleky did his part; he bought up used copies whenever he could, and made them gifts. That was how, in a chilly vacuum without AbeBooks, he attended to his torch-work.

Yes, I know: I’m a pair of binoculars away from birding with Franzen. And yes: it’s hopelessly passé to invoke an “Internet,” as though a singular thing, in a think-piece. But there’s something to lament in the obsolete figure of the obsessive fan, who made the best of his barbarian epoch.

Of course, we should be happy to see the works of neglected but deserving artists made widely available. (There’s no going back.) But we should mourn the monk-like devotees of Wilson, Fox, and others, who carried the fragile reputations of their charges this far—far enough to see them uploaded forever.