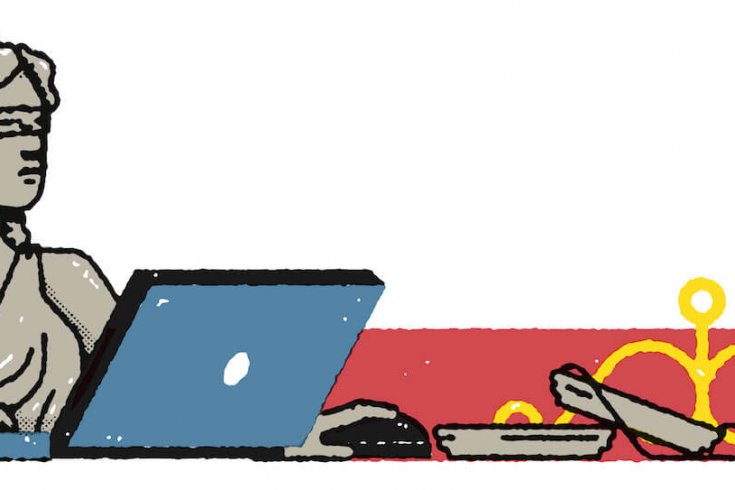 In january 2009, Kenneth Gavin Williamson was charged with a series of sexual offences he had committed decades earlier against a twelve-year-old boy in Kingston. Three days before the preliminary inquiry was set to begin in November, the Crown learned that the judge presiding over the trial had been double-booked. Government attorneys cancelled their witnesses but didn’t inform the plaintiff, leading to further scheduling delays. The case was then postponed again, because of a mix-up over the availability of the judge and an investigating officer, and then held up once more as lawyers waited to be assigned a courtroom.

Williamson, a schoolteacher who had been on suspension since the charges were laid, was largely out on bail until his trial ended in December 2011, a period of nearly three years. While the jury found him guilty of buggery, indecent assault, and gross indecency, an appeal judge stayed the conviction. The delays, he wrote, had violated Williamson’s Charter right to be tried “within a reasonable time”—a decision the Supreme Court upheld on July 8, 2016.

Legal observers were outraged to see a convicted child molester’s charges set aside, but the Supreme Court justices had decided to take a tough stance on court delays. Earlier that day, they had established strict time limits in order to combat what they called a “culture of complacency”: provincial-court trials without a preliminary inquiry must now be wrapped up within eighteen months, and those with a preliminary inquiry, as well as superior-court trials, can’t exceed thirty months.

The deadlines left jurisdictions across the country scrambling to free up logjams in a bid to avert a surge of unreasonable-delay applications. By December 2017, Canadian courts heard more than 650 appeals that argued for charges to be tossed out due to the new timelines; more than 200 were successful. This activity has set the stage for a justice system that, victim advocates warn, could find itself routinely releasing accused drug dealers, sexual predators, and killers.

Court delays are caused by many factors. Along with a shortage of judges and legal-aid lawyers, the justice system is also hampered by a growing backlog of evidence and paperwork to file and track, scheduling conflicts, clerical workloads, and poor planning. “It’s an archaic system,” says Heidi Illingworth, executive director of the Canadian Resource Centre for Victims of Crime. Recently, she was in court supporting the family of a murdered man, and she watched a judge flip through his agenda while the Crown and defence called around, coordinating dates with various parties, as the courtroom sat waiting. It’s not uncommon to see lawyers, some charging up to $300 an hour, wheeling dollies loaded with documents to court, where another person will then cart the boxes to the right judge.

Our modern world is filled with tools for smoothing out these sorts of speed bumps. Indeed, digital documentation, shared databases, cloud-based services, and scheduling apps have helped streamline processes in notoriously complex sectors, such as banking, insurance, and taxation. But because of an institutional structure too set in its ways, Canada’s justice system has been slow to embrace technological reforms. “If you can schedule tennis games online, why can’t you schedule your motion?” says Colin Stevenson, who served as chair of the Ontario Bar Association’s justice system technology committee. During his time on the committee, Wi-Fi was not available in most of the province’s courtrooms.

A new “super court” in Toronto, scheduled to open in 2021 at an estimated cost of $1 billion, will be one of the first Canadian courthouses with “connectivity” built right into its structure. But similar plans to modernize in the past have been mostly disastrous. Ontario spent $10 million over several years designing an online court management system, which the province then abandoned in 2013; Quebec invested about $60 million between 2010 and 2013 on a similar system with little to show for it. There’s lots of blame to go around. Because of judicial independence, judges must willingly adapt to technology, rather than have systems forced on them. And with each courthouse doing things its own way, the system has become too fragmented for top-down changes to take hold quickly—no matter how many IT consultants are brought in. “In North America, these huge projects always fail. I haven’t found an exception,” says Patrick Cormier, who was CEO of the Canadian Centre for Court Technology, a federal non-profit established in 2005 to help jurisdictions co-operate on modernization. The CCCT closed about three years ago.

British columbia has pulled ahead of other provinces by experimenting with smaller-scale projects that operate parallel to the existing court system. In 2016, the province launched an online tribunal for resolving disputes relating to strata housing such as condos, apartments, townhouses, and duplexes, then followed up last summer with an online civil-resolution tribunal for small claims, $5,000 and under. Within the first six months, the CRT saw more than 2,000 claims filed—about a third of the number that were heard over the same period in BC’s courtrooms in 2016. The CRT website is also designed to nudge parties toward a mediated resolution, and as many as 85 percent of small-claims disputes followed this path. “The earlier we resolve these disputes,” says Shannon Salter, chair of the CRT, “the less expensive, complex, and time consuming they are.”

Of course, small civil claims are presumably not the cases taking thirty-five, forty, or forty-five months; violating the Charter rights of accused people; or causing pain and suffering to the victims of crime and their families. But BC is hoping that by handling the small stuff more efficiently, resources can eventually be reallocated where they’re most needed. In a Justice Ministry budget of more than half-a-billion dollars, BC’s CRT cost under $3 million to operate in 2017; the CRT’s Vancouver office is the size of a living room, because most staff and tribunal members work remotely. The expense and hassle of having everyone show up in the same place at the same time have been all but eliminated.

While some aspects of BC’s innovations might be applicable to criminal courts, it may not be possible to entirely eliminate courtrooms or replace real-time negotiations with algorithms. In cases where a judge needs to evaluate the credibility of a witness through body language, for example, or ensure that testimony is given without coercion, a bricks-and-mortar forum seems the most practical. Yet early doubts about video conferencing have been disappearing as the quality of the technology has increased. Moreover, the very adversarial nature of trial proceedings—with each side distrustful of anything that could give opponents an advantage—could help speed up modernization by firms afraid of being left behind. Already, in jurisdictions where digital documents are abundant, artificial intelligence software is now being used to review past decisions to help predict outcomes, allowing lawyers to prioritize facts likely to get the favoured result—a development that could utterly transform how Canadian cases are argued.

If the successful rollout of the CRT is any example, the technology sector’s biggest contribution to Canada’s clogged courts will be in mindset, even more than in introducing digital tools. What made Silicon Valley successful—and what BC has embraced—has been an iterative approach to solving problems: get a product to market, spot bugs, refine, repeat. Which also explains some of the philosophical resistance to innovation in our courthouses. The “fail fast, fail often” mantra that produces beloved apps for making restaurant reservations or wiring money is much less attractive when the downside is a killer walking away or an innocent person being wrongly convicted. Nobody wants their trial to be the trial run.