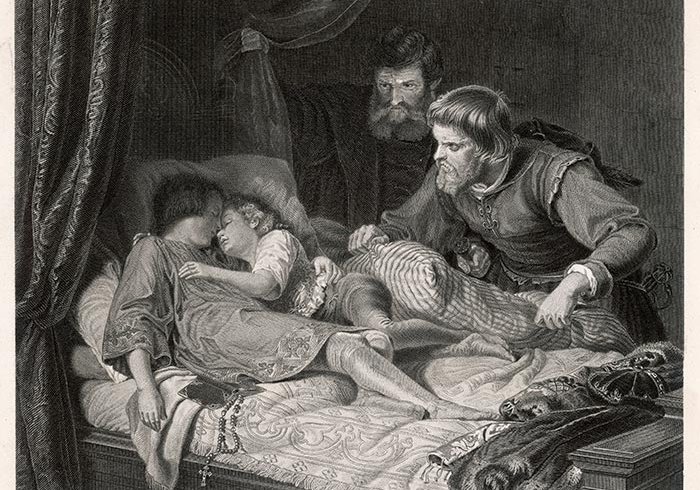 “You see that picture of Richard up there? ” says Clement Carelse, a scrappy South African expat, pointing at the National Portrait Gallery reproduction that presides over a gathering of the Richard III Society of Canada. He has been recounting the time a distant relative of the fifteenth-century English king found living in London, Ontario, paid the group a visit. “When he walked in the door, it was Richard’s face. Tall man—but that face. Absolutely stunning.” And what did the visitor see when he walked in the door? A dozen men and women of a certain age crowded into the sunroom of an east Toronto home to ponder the intricacies of royal lineage over sausage rolls. He could very easily have written them off as kooks.

But that would have been a mistake. “The amount of DNA that has been passed down? ” chides former chair and resident Brit Victoria Moorshead, looking up from her needlepoint. “We’re talking a teacup in the ocean!” In other words, this is no cult of personality; the group isn’t even interested in Richard, per se. It’s interested in what history did to him. Members submit that Shakespeare’s Richard iii, based on historical accounts written under the Tudors (a.k.a. Richard’s vanquishers), miscast the king as a “poisonous hunch-backed toad” who murdered his young nephews, among others, to secure the monarchy. Consequently, he is widely regarded as one of the worst British monarchs of all time, and the only one whose body no one has bothered to locate. As another member—the artfully bearded Garry Marnoch—puts it, Richard is the “poster boy for injustice.”

Since 1956, when the present-day Richard III Society was founded in the UK, its membership of amateur historians has been collecting evidence that challenges Shakespeare’s version of events, in an effort to restore Richard’s reputation. They even helped get him acquitted of his nephews’ murders in a mock trial, with a real Lord Chancellor and jury, televised on Channel 4 in 1984. In Canada, where some fifty members are spread across a vast geography, the group mostly discusses the king’s life and times and engages in light activism. Moorshead boasts that she once got a letter published in Harper’s, which had invoked Richard’s name in a line about primate infanticide. Their proudest achievement is the obituary posted in the Globe and Mail every August 22 since 1966, the year the Canadian chapter was founded.

Fine art receives a checkup, care of an eagle-eyed doctor

Dr. Vito Franco, professor of pathological anatomy at the University of Palermo, Italy, combines pathology and art appreciation by diagnosing the models portrayed in famous paintings. Speaking at a medical conference in Florence last January, he argued that the twinkle in the Mona Lisa’s eyes was caused by deposits of fatty acids, the result of high cholesterol. The model in Botticelli’s Portrait of a Youth has Marfan’s syndrome, characterized by heart problems, tall stature, and long, thin fingers. Michelangelo, who appears in Raphael’s The School of Athens, apparently suffered from kidney stones, thanks to his steady diet of bread and wine. Franco’s observations have not been entirely well received. “What if the artist was having a bad brush day,” wrote Times Online commenter Jane Frost, “and added a yellow stroke as he’d run out of the flesh tone needed? ”

Many of those first Ricardians, like today’s lot, were turned on to Richard not by history books, but by pulp: Josephine Tey’s popular novel The Daughter of Time. Its protagonist is a convalescing Scotland Yard inspector who becomes suspicious of the official story of Richard III and, with that same National Portrait Gallery painting propped up on his bedside table, sets about uncovering the truth. Months into the search, he and his earnest American researcher come across a damning piece of evidence, putting him in dire need of “a good stiff drink.” Forty million school books couldn’t possibly be wrong, could they? “I used to think so,” the American replies, “but I’m not so sure nowadays.”

One can imagine a smooth-cheeked Marnoch or a bushy-tailed Carelse reading by flashlight under the covers, sometime after the book was published in 1951. The world was just beginning to reckon with the brutality of the Holocaust. Old truths could no longer be taken for granted; everything was up for re-evaluation, including history, apparently. Tey doesn’t spare its agents either. Historians “have no talent for the likeliness of any situation,” says her inspector. “They see history like a peep show; with two-dimensional figures against a distant background.” The amateurs eventually conclude that Henry Tudor killed the princes, and tentatively title the book that will set the record straight History Is the Bunk.

The Richard III Society and many other revisionist projects conceived in subsequent decades were modelled after this bold statement. But if World War II made it possible, even necessary, for people to question dominant narratives, it also inspired them to champion those whom such narratives had harmed. Richard proved to be the perfect cause (one less sinister than Holocaust denial, for instance); indeed, he soon become a cause célèbre in important circles. A year before the release of Laurence Olivier’s film Richard iii, a trio of Broadway bigwigs decided “something ought to be done for poor old Richard” and recruited famous friends at home and abroad to mount a defence. Friends of Richard III Inc. included the likes of John Gielgud, James Thurber, and Tallulah Bankhead, whose rallying cry, “Let’s have no shilly-shallying,” was quoted in the New York Times. In a nod to the new poster boy, Olivier decided to begin his classic with the following disclaimer: “The history of the world, like letters without poetry, flowers without perfume, or thought without imagination, would be a dry matter indeed without its legends, and many of these, though scorned by proof a hundred times, seem worth preserving for their own familiar sakes.”

Fifty-five years later, one has to wonder whether the Richard III Society requires a similar proviso. Shakespeare’s legend may contain errors, but the society’s membership has never been able to prove beyond doubt that Richard is worth championing. “We simply don’t have enough evidence to say conclusively that Richard wasn’t responsible for the demise of his nephews,” acknowledges John Saunders, British author of a forthcoming Richard III Society history. This commitment to the truth is what has kept the society from becoming “merely a fan club,” he says. Note the qualifier—it seems that until the Ricardians discover their own damning piece of evidence, it will be difficult to take them altogether seriously.

Of course, when and if they do make that all-important find, it may no longer matter; post-war concerns are rapidly being displaced by shiny new millennial ones. Ask Marnoch or Moorshead, and they’ll say they’re as committed as ever, but their crusade increasingly looks like an artifact of the last half of the twentieth century. But it would still be a mistake to write it off. Whether or not history is the bunk, there’s something to Tey’s description of it as insufferably boring. Perhaps the legacy of amateur revisionism is the knowledge that society wants to fully engage with its past, outside the classroom—if not over sausage rolls, then with a good stiff drink in hand.

Amy Macfarlane is a senior editor at The Walrus. 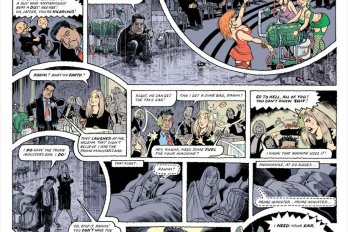 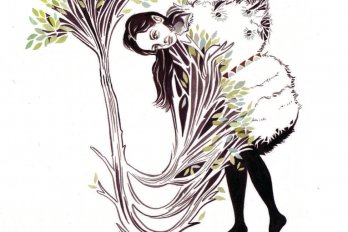 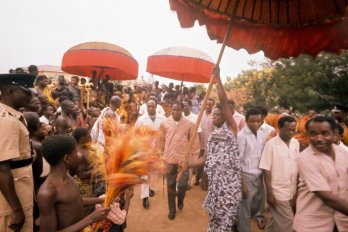