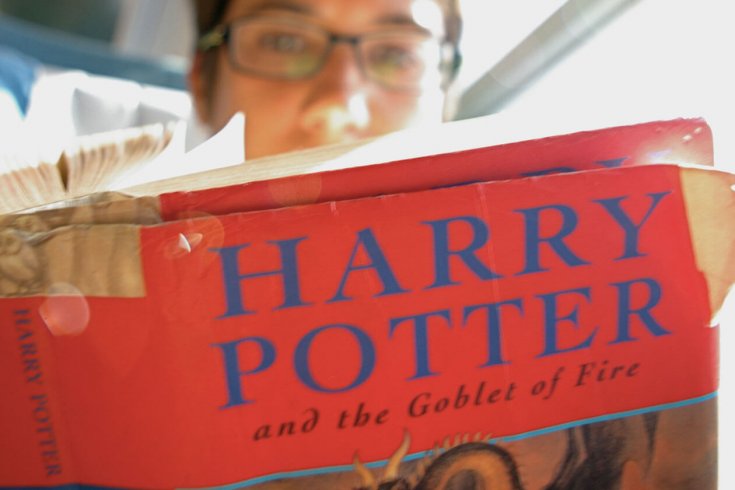 My sister and I spent two days in the summer of 2007 lying on our bedroom carpet, simultaneously reading Harry Potter and the Deathly Hallows. Although we are both fast readers, one of us would inevitably finish a page before the other, and then with impatience order the other to hurry up. We gasped at the same time; we paused at the same things; we were scared to keep reading at the same moments.

There was an inescapable sense of emptiness when we finished that 600-page book, the seventh and final one in the series. We mourned half a decade’s worth of emotional investment in characters that had felt real to us. We had read the series enough times to commit some of its volumes to memory. We were also dutiful followers of the online websites and forums that sprung up around it, allowing fans to discuss present and explore conceivable future plot developments.

This past Sunday, the release of Harry Potter and the Cursed Child—the script for a play that picks up nineteen years where the story in Deathly Hallows left off—reunited fans with a grown-up Harry and his family. It was not written by J. K. Rowling, but by Jack Thorne, an English playwright. The storyline reflects Harry’s life as a father and also follows his insecure middle son Albus Severus’s attempts to manipulate time, so as to deal with the inherited legacy of his last name—both fitting themes for Potter’s now-adult fans, even if it retains the same childish wonder of the original stories.

Harry Potter and the Philosopher’s Stone was published in 1997, but it wasn’t till 2000 that Pottermania took hold. At first, the books were widely critically derided—but acknowledged for its way of getting kids reading. Almost twenty years later, why does this series—the biggest publishing phenomenon of all time in children’s literature—continue to have such influence?

Gabrielle Ceraldi, assistant professor at Western University’s Department of English Studies, has posed a version of this question to the groups of 140 students that take her Harry Potter classes for the past four years. No two cohorts have ever answered the same way, she says. Many cite the series’ identifiable characters—the self-assured, intelligent female best friend; the unwaveringly loyal house-elf; the naive giant with a heart of gold. Others say its success lies in the accessibility of Rowling’s magical world, which, unlike those of its fictional predecessors—Lord of the Rings, The Chronicles of Narnia, Star Wars—or its derivatives—The Hunger Games, Divergent—is one where families go shopping together for school supplies, students stress out about exams, and friends pull pranks on each other. In other words, it’s a world a lot like ours.

Most theorists agree that the strength of the Potter fandom lies in the fact that the first book of the series was published in 1997, contemporaneously with the rise of the Internet. “Harry Potter was one of the first Internet superstars in the literary world,” says Neil Randall, associate English professor at the University of Waterloo who teaches a class called Popular Potter. The Web offered new possibilities for communal and collaborative reading, to a global degree unprecedented in literary culture. Overnight, it seemed, readers like my sister and I had an easily accessible group of fellow-Potterheads with whom to read, theorize, and create on websites like MuggleNet.com and The-Leaky-Cauldron.org.

“Everyone wants stories to go on and on, and the Internet lets that happen,” says Randall. Harry Potter expanded the traditional writing model, giving way to “a hybrid authorship, midway between all-owning and willing to make it public ownership.” Reader participation wasn’t a new phenomenon—fan fiction based on popular stories like Pride and Prejudice and Zombies to 50 Shades of Grey has become a literary genre in itself. Most, however, exist apart from the author—something Rowling challenged as a young writer by recognising early on that the series could sustain itself. “If you consider that she gives at least tacit approval to fan fiction . . . you have an author who believes in owning the concepts but not all the detail.”

Her acceptance of popular fan extensions to her work enabled the catchy and unforgettable Potter Puppet Pals song (“Snape, Snape, Severus Snape, Dumbledore!”), along with debates about Albus Dumbledore’s sexual orientation (Rowling confirmed the fan fiction to be accurate in portraying him as gay in 2007), or whether Ron and Hermione should have ended up together—Rowling admits to regretting the decision to pair them, saying it should have been Harry and Hermione, just as the fans wanted. The fandom’s outrage over the deaths of certain characters has also led to a ritual annual apology. (This past May, Rowling apologized for killing off Remus Lupin, a key parental figure to Harry).

By its very nature, fandom, according to Ceraldi, appeals to a subconscious, irrational part of the psyche. “If we could explain why we love Harry Potter, we wouldn’t truly be fans of it,” she says. The Internet provides a vehicle for it to flourish. Rowling’s success, then, stems partly from allowing a generation to experience and build the story together. “She’s simply another commentator in the world,” says Randall, which we keep revisiting in movies and fan fiction, through Halloween costumes and memes. Harry Potter and the Cursed Child is evidence of that—a story written by a fan for the fans. Fittingly, the plot itself attempts to ward off ending the story, flirting between a return to the past and a leap into the future. “I don’t think the story can end anymore,” says Randall, “She’s handed it off to her fans.”

Fatima Syed (@fatimabsyed) has written for The Walrus, This, and Spacing.