Going Broke in Legal Aid | The Walrus
Skip to content 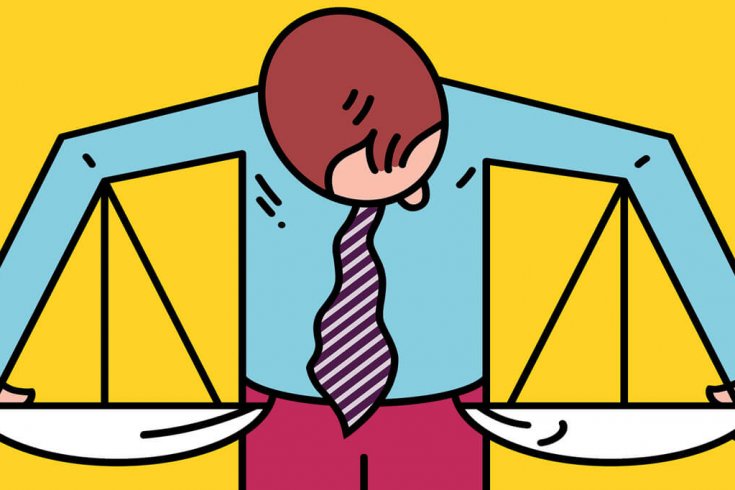 Like most criminal lawyers in Ontario, I have many clients who rely on legal aid to pay my fees and fund their defence. I take on these clients despite the fact that the hourly rate is abysmal and that I will likely be paid for only a fraction of the work I do.

Make no mistake: I did not become a criminal defence lawyer so I could earn a huge salary and live a lavish lifestyle. I knew I could make more money if I chose virtually any other area of practice. As was also the case for many of my colleagues, I relished the prospect of fighting for individual rights and defending against police misconduct and abuses of state power. What I did not realize was that I would also end up spending hours and hours battling a bloated and outdated legal-aid bureaucracy. Established in 1967, the Ontario Legal Aid Plan—now Legal Aid Ontario (LAO)—is one of the largest providers of legal services in Canada. It issues roughly 55,000 certificates each year to people charged with criminal offences, and accounts for more than a third of the roughly $790 million that Canada spends annually on legal aid. There are many reasons to be proud of this program, which aims to provide low-income citizens with access to legal representation. But it also seems determined to exploit the very lawyers it depends on.

Legal Aid Ontario aims to provide low-income citizens with access to legal representation. But it also seems determined to exploit the very lawyers it depends on.

A few years ago, I agreed to represent a young man charged with drug and firearms offences. A thorough review of the file made it clear to me that the police had violated his Charter rights in the course of their investigation. In the end, the trial judge agreed. I was paid just over $7,000. That may sound like fair pay—until you break down the numbers.

I spent six full days in court arguing his case. I made six other court appearances for administrative purposes, waiting in a crowded courtroom with dozens of other lawyers simply in order to confirm a date that had been set for the preliminary inquiry and trial. I spent more than eighty hours preparing the required written argument and my cross-examinations of the police officers involved in the investigation. My articling student spent close to 100 hours doing legal research. Unfortunately, legal-aid funding allows for a maximum of two hours to prepare a Charter application. So I was not paid for any of my student’s time or for most of my own time.

One small mercy—the case was in Toronto. I did not have to travel to court. As you might have guessed, LAO does not pay lawyers for the hours they spend on the road.

I try to avoid calculating precisely how little I actually make per hour on legal-aid files. It is simply too depressing. In this case, I made just over $62 per hour (and my student, as noted, made nothing). That is not enough to cover the fixed costs associated with running a practice—rent, utilities, phones, a salaried assistant, bookkeeper services. Thankfully, I don’t have the crushing six-figure student loan that most recent law-school grads are carrying.

To add insult to injury, I had to beg LAO for the $7,000 I was paid. If I had been paid the maximum allowed under the regulations, I would have received only $4,500 (or $52 per hour). You see, for most cases, LAO arbitrarily establishes a cap on the number of hours it will pay for—one that is wildly out of step with the reality of criminal practice. Defence lawyers often exhaust the allocated prep hours well before a trial ends—as happened in my case—and sometimes even before it begins. Out of a personal commitment to clients and a professional obligation to the court, we typically conduct the remainder of the case pro bono.

The problem isn’t endemic to Ontario. Criminal-defence lawyers are underfunded nationwide and around the world. Two years ago, lawyers in British Columbia—who are paid 30 percent less than I am—withheld services for eighteen months to press the government for a raise. In Australia, funding cuts have left legal aid in crisis: at least 45,000 people have been forced to represent themselves in court since 2009.

If legal-aid pay scales had kept pace with the times, the scales of justice might have remained balanced and the promise of equal access to justice been met. Instead, the legal-aid “tariff” remains geared to the conditions of a bygone era, when trials were far less complicated and the investigative mechanisms that now dominate so many criminal cases—video surveillance, wiretaps, electronic communications—were rare. Today, police investigations often generate mountains of evidence. So under the existing system, legal-aid lawyers are faced with two equally unappealing options—cut corners on trial preparation to satisfy the arbitrary tariff guidelines or assume the risk of doing hours of unpaid work. For many lawyers, neither option is tenable. As a result, many experienced lawyers simply refuse to take on clients through legal aid, leaving inexperienced colleagues to do the bulk of these cases.

One relatively recent addition to the legal-aid repertoire in Ontario further incentivizes lawyers to cut corners—a block fee for certain specific case outcomes. Under this model, lawyers are paid a predetermined amount to resolve a case by way of a guilty plea, for example, whether they spend twenty minutes or twenty hours on the file. My fear is that this will spur legal-aid lawyers to encourage clients to plead guilty even if their case could be won at trial. Identifying a viable defence in a criminal case takes a lot of skill and a lot of time. It might even require that counsel conduct their own investigation, interview witnesses, and track down exculpatory evidence. Well-heeled clients expect that their lawyers will do this work before giving them advice on whether to plead guilty or go to trial. But an overworked, underpaid legal-aid lawyer has little reason to make this kind of effort if their client is willing to plead guilty.

Legal-aid programs are grounded in the ideal that there should not be one law for the rich and another for the poor. But such programs have been largely neglected and left to decay. Unfortunately, the public—although highly attuned to the debate over two-tier health care—seems largely oblivious to the fact that two-tier criminal justice is a stark reality in Canada and that the current legal-aid system hurts the impoverished and marginalized groups it was designed to protect.

Breese Davies (@breesedavieslaw) is a criminal lawyer based in Toronto.
Sam Island