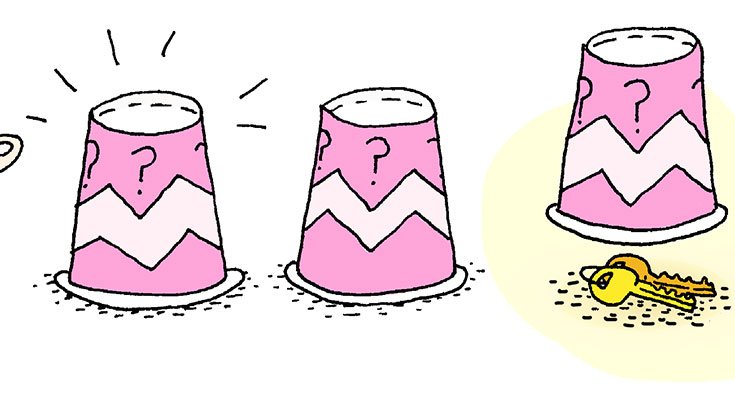 “What’s that word? It’s on the tip of my tongue.” As a younger man, he would have shrugged off such forgetfulness as the result of a sleepless night. But he turned sixty-seven last week—old enough to know people whose brains have been progressively, irreversibly damaged by Alzheimer’s disease. Was this how it started? Inevitably, he turns to the Internet, and is reassured to find that a company called Cogniciti has designed a test that can help to answer that question. He creates a profile, including his medical history, then sets his mind to shape matching, connect-the-dots, and other cognition games that assess neurological connections. Within twenty minutes, he receives an email with his personalized report, which tells him whether his short- and long-term memory, executive function, and attention scores fall within the normal range.

Slated for release this spring, Cogniciti’s test is—in marketing terms, at least—the right product at the right time. The population of Canadian seniors is projected to roughly double between 2009 and 2060. Over the next twenty years, the worldwide rate of dementia is expected to triple; Alzheimer’s, the most common form, could account for over 60 percent of cases. In the face of these statistics, the fear of memory loss has become rampant, and companies like Cogniciti, the for-profit arm of Baycrest, Toronto’s premier elderly service and research institution, stand poised to cash in. (A similar test produced by Ohio State University received so many hits on its release in early January that it reportedly crashed the servers.)

The appeal of a home test is obvious: it’s easy, noncommittal, and private (unlike the best memory clinics, which request that clients bring a spouse to offset unreliable self-reports). Without ever having to voice the fear, consumers can learn whether they are experiencing normal, age-related memory decline, or possibly the symptoms of a devastating disease. What they probably won’t find out is that, after the billions poured into dementia research, this distinction remains highly controversial.

“Memory trouble is not static,” says Margaret Lock, one of the world’s foremost medical anthropologists. “It is movable and changeable. It is not readily diagnosable.” The McGill University scholar examined the issue in her groundbreaking book The Alzheimer Conundrum: Entanglements of Dementia and Aging, published last fall, reporting that late-onset Alzheimer’s has been misdiagnosed as often as 30 percent of the time in the general population. Even an individual who attends a specialty memory clinic and tests positive for all of the supposed biomarkers, including cerebral amyloid plaques, still has a 30 percent chance of never developing cognitive impairment. The science of Alzheimer’s remains so mired in contradictions and complexities that some doctors call for the reconsideration of the disease as a category altogether.

Perhaps this begins to explain why the Alzheimer’s Association in the United States scored the vast majority of sixteen online tests it evaluated as “poor” or worse for scientific validity and ethical factors.* These tests exist because people want them, not necessarily because they are helpful, and some experts think they could actually do more harm than good. In a recent issue of the BMJ, for example, prominent researchers warned against widespread dementia screening by Britain’s National Health Service, in part because it could lead to unnecessary testing and treatment with associated side effects, as well as reinforcing social and psychological stigma.

“Anyone my age will tell you memory loss is undeniable,” says Lock, seventy-eight. “Virtually no one at this stage of the game can remember things the way they did in their thirties or forties.” While this may take some getting used to, it is not a harbinger of doom, nor even a deficit, per se. New research suggests that healthy older brains simply take longer to retrieve memories, because they have more data to parse. Meanwhile, Lock argues that it does no favours for those legitimately suffering from Alzheimer’s to think of it as an old person’s disease. “It gets stereotyped and pushed back into the closet,” she says. If research has yielded anything definitive, it is that environmental factors—nutrition, activity, cognitive stimulation—start to affect one’s likelihood of developing the disease in utero, and can be acted upon throughout life.

In other words, we need to conceive of dementia as more complex than an easily isolated disease of old age, to be diagnosed away at the click of a button. We might begin this process by opening up about our fears of memory loss, instead of burying them in a profile for Cogniciti’s test centre. The exercise and intimacy shared on a stroll with friends could do our brains more good than any other early intervention.

Eric Bélisle earned a master’s degree in English from the University of Toronto, where he joined the Jackman Humanities Institute working group on aging, memory, and aesthetics.
Joren Cull