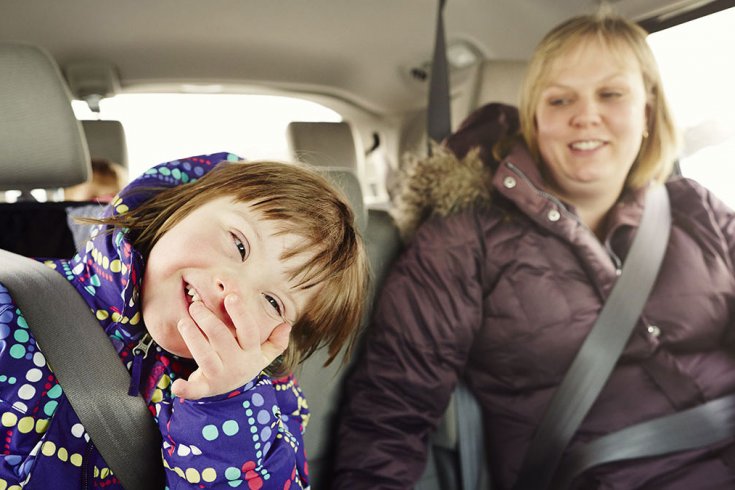 You are looking at portraits of people with Down syndrome. About 35,000 of them live in Canada, and a new baby with the syndrome shows up every 800 births or so. It is the most common chromosomal condition on the planet today. A few years ago, when researchers in Denmark discovered that only one-third as many children with Down syndrome were being born compared with a decade earlier, a newspaper announced that the condition would disappear by 2030. It was a stupid prediction, and inaccurate: a natural over-replication of chromosome 21 causes the syndrome, and it will occur of its own genetic volition as long as humans are being conceived.

Whether parents will, of their own volition, keep having children with Down syndrome is a separate, more complicated issue. Of those women who undergo amniocentesis and test positive for the condition, between 60 and 90 percent abort. Meanwhile, scientists are developing new, more accurate exams. A technique called non-invasive prenatal testing can detect the existence of Down syndrome and other chromosomal anomalies in the blood of pregnant women, without the intrusiveness or miscarriage risk of amniocentesis. Similar screenings for a range of challenges—cystic fibrosis, Duchenne muscular dystrophy, and other illnesses that affect huge swaths of the global population—are in the works. These new methods seem miraculous: the solution to physical and intellectual disability, and the antidote to the amoral role that chance plays when we decide to have children. They also come with their own moral dilemmas.

Why shouldn’t we select against Down syndrome? It carries a wide range of intellectual and physical consequences, including the telltale facial characteristics and short stature. People with the condition—such as Chris Burke from the early ’90s sitcom Life Goes On—have lived hugely productive and even televised lives, but they have an average IQ of fifty, half what is considered normal. No one should wish anyone the difficulty of an intellectually disabled life if it can be avoided.

Still, something about this growing ability to design our future selves makes us nervous. We worry that it could undermine our humanity. The imperfections of intellectual disability remind us of our own. They force us to realize that we have no control over our lives, and least of all over how they will end. So here is the question, one of many posed by the photographs on these pages: if no one blames a woman for choosing not to have a child with Down syndrome, can we understand why she might decide to keep such a child? What is the value of the manifestly imperfect in our midst?

The answer is that the fragile and flawed among us may be crucial, as Charles Darwin thought, to our ethical survival as a species, to making us more subtle, more watchful, more compassionate, less judgmental. That is a revolutionary idea, but then disability is inherently radical, lived in defiance of the so-called ordinary.

Genetic tests limit these possibilities, for better or worse. Do we deserve such tests, given that we are all imperfect? Do we understand how to administer them ethically? Would we need them if we had a more functional system of caring for disabled people, if we were less frightened of them, if they did not so thoroughly disrupt the lives around them?

The men and women you are looking at are human beings, like you and me. But they are also not like you and me, which makes them no different from anyone else. No one, past or present, is entirely responsible for their success or failure in life; we are all victims of treacherous chance and beneficiaries of slippery good fortune. Without intellectually disabled people to curb our self-regard, we would be far more likely to assume that success (however you measure it) is “the crown of virtue,” to borrow the words of Harvard philosopher Michael Sandel, from his brilliant little book The Case against Perfection . Instead, he says, an indefensible boundary, and a fragile possibility of solidarity, exists between disabled and non-disabled people. The men and women in these photographs are, among other things, a daily, living reminder of how porous and permeable that boundary is. 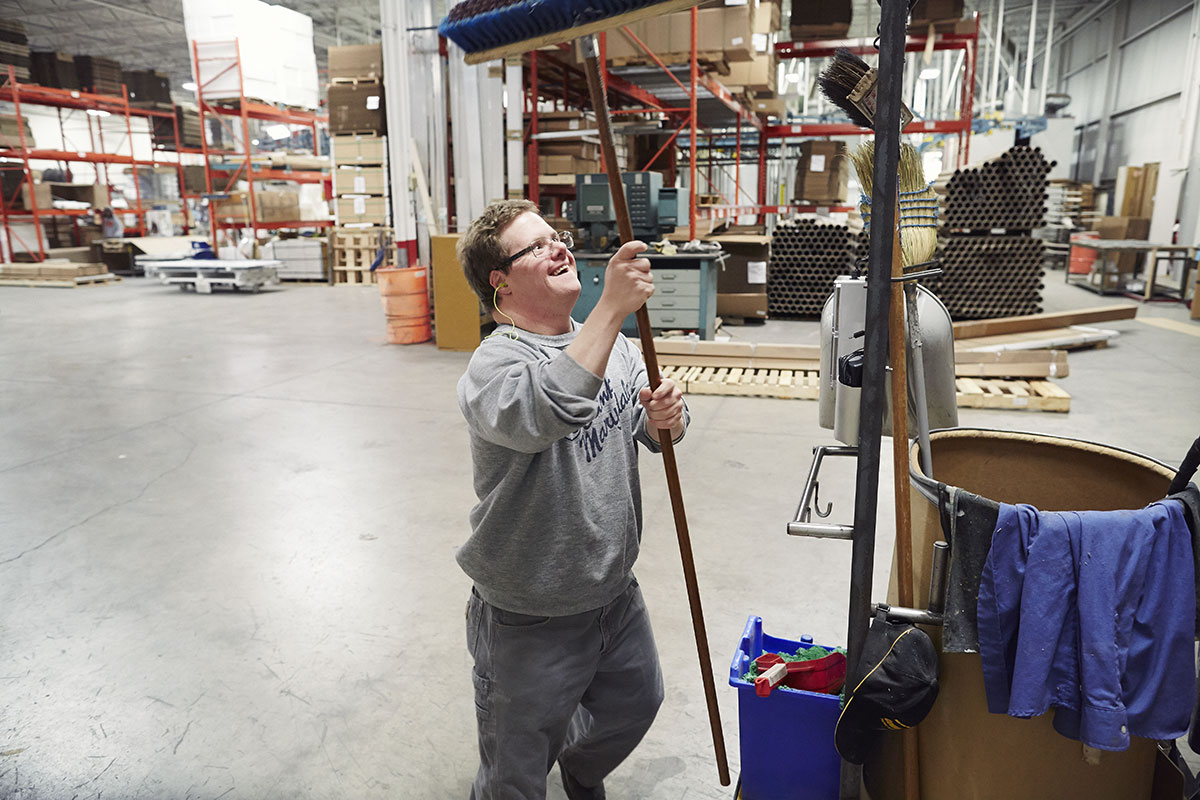 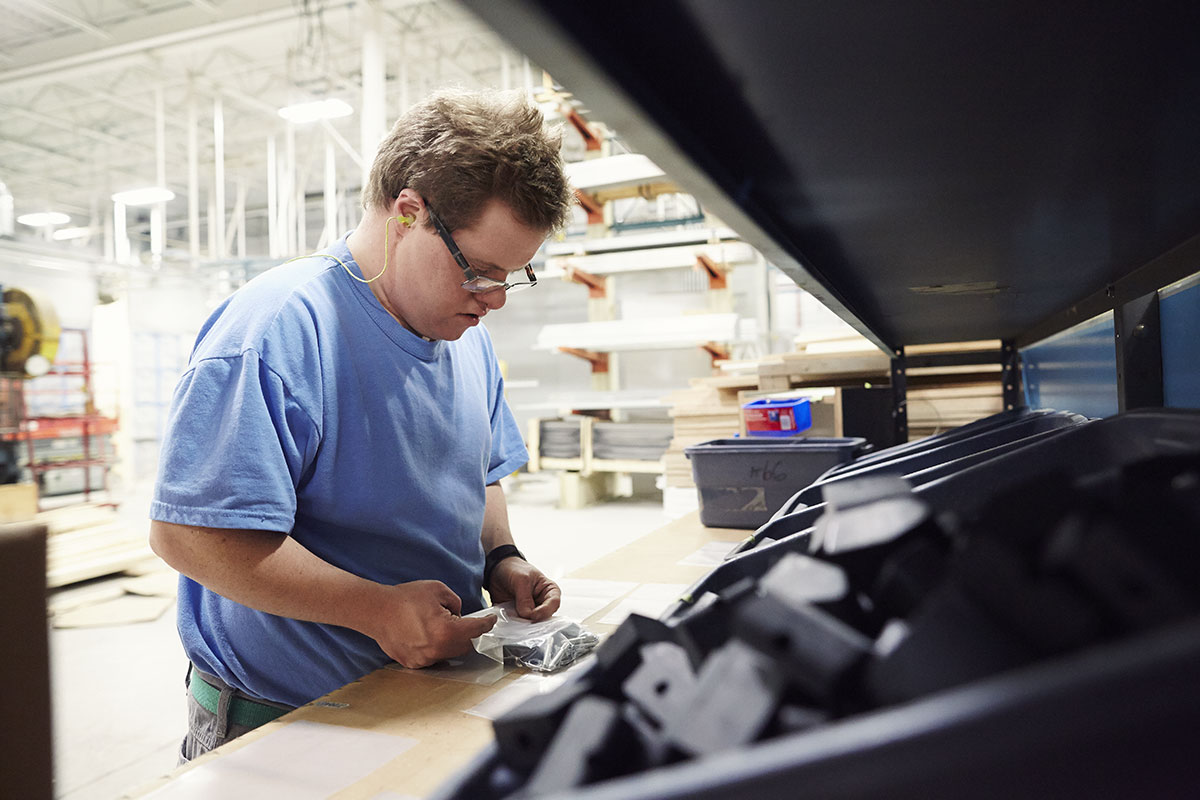 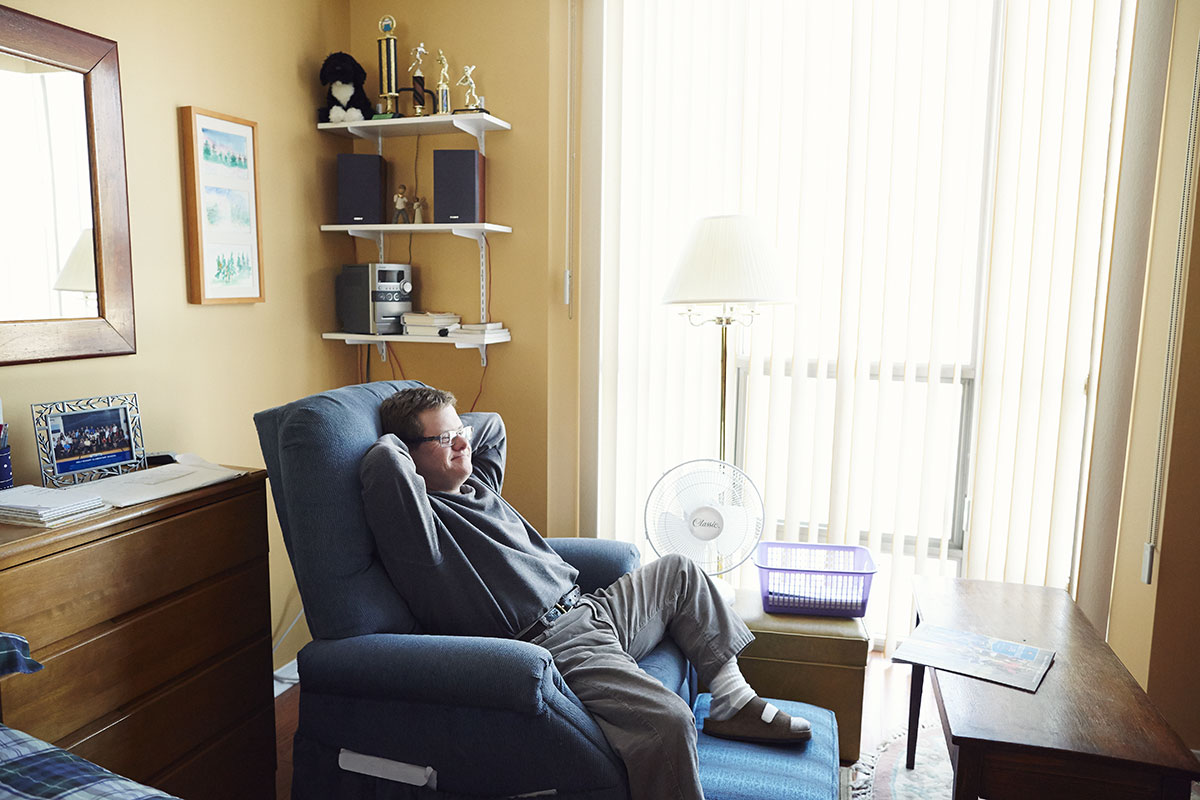 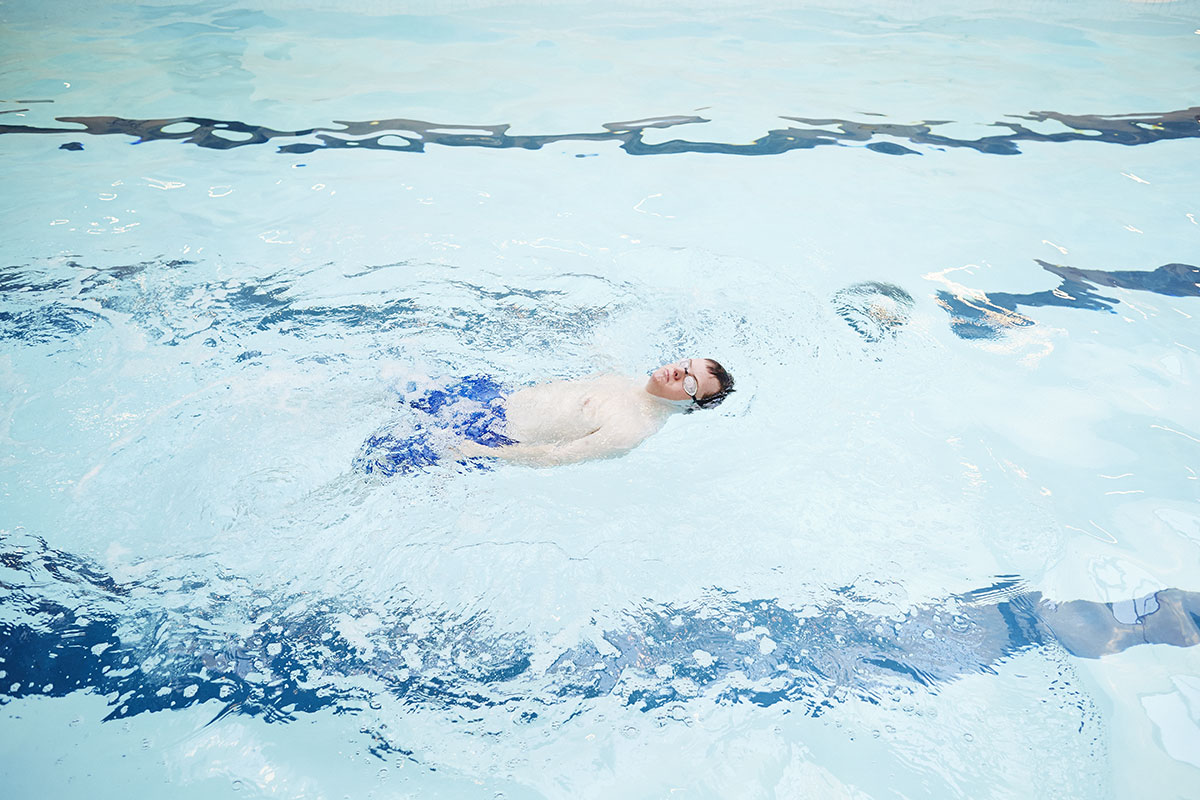 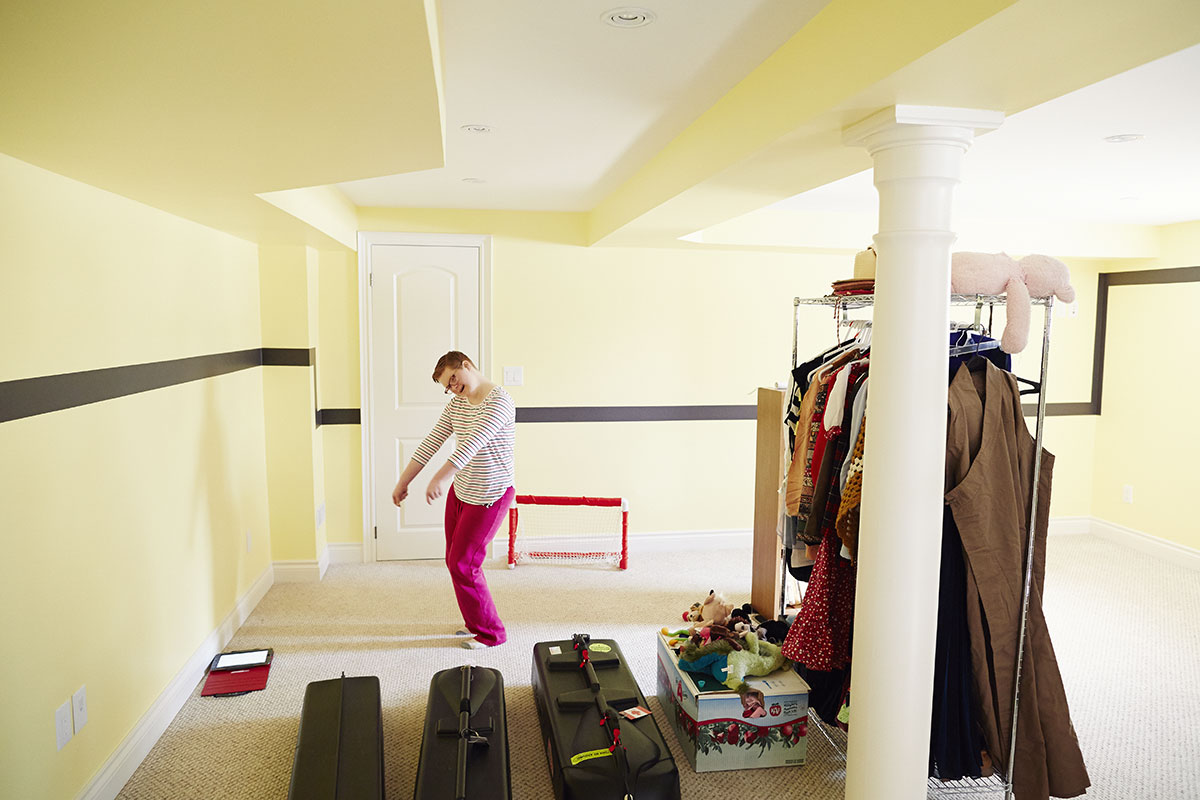 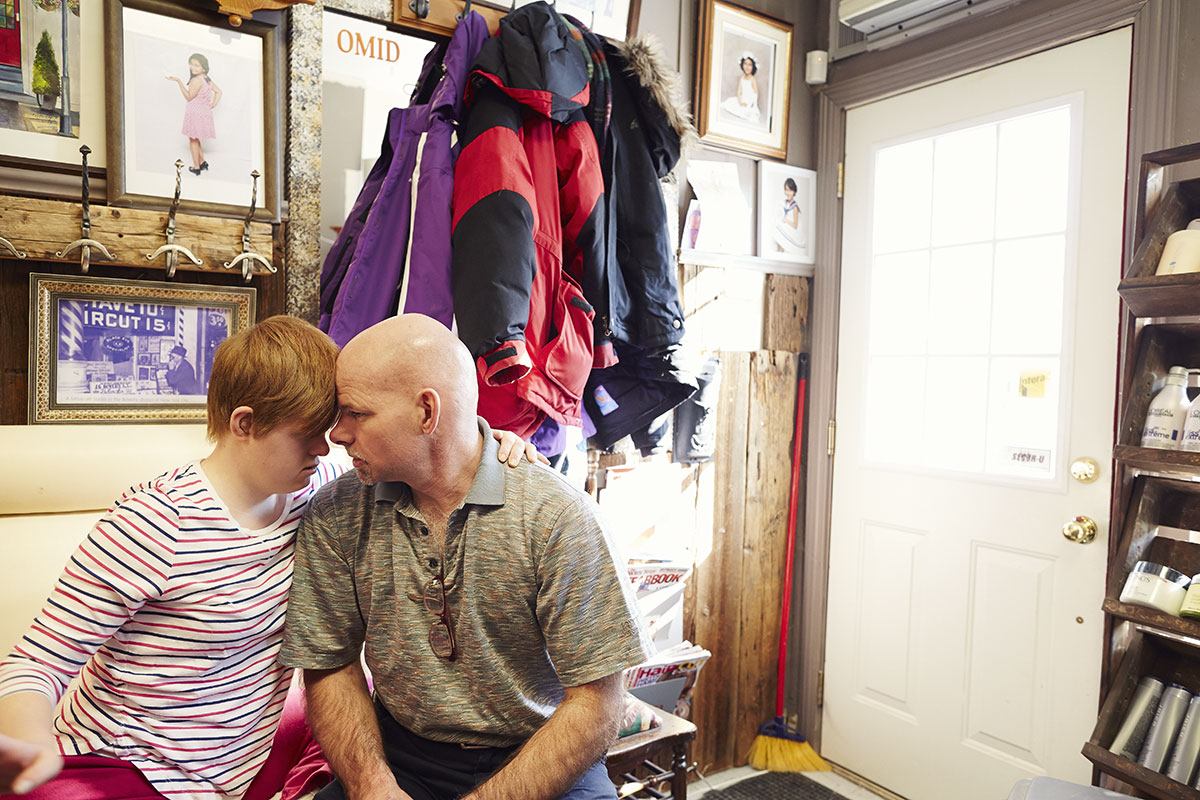 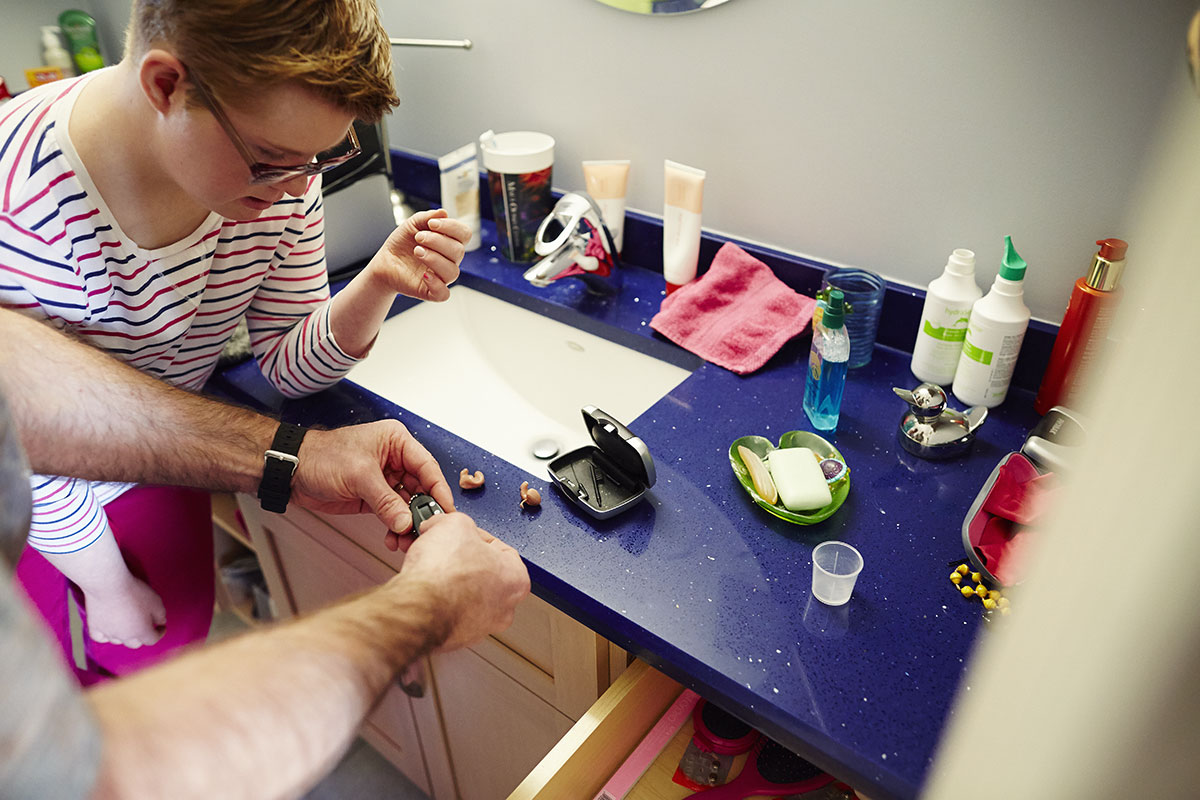 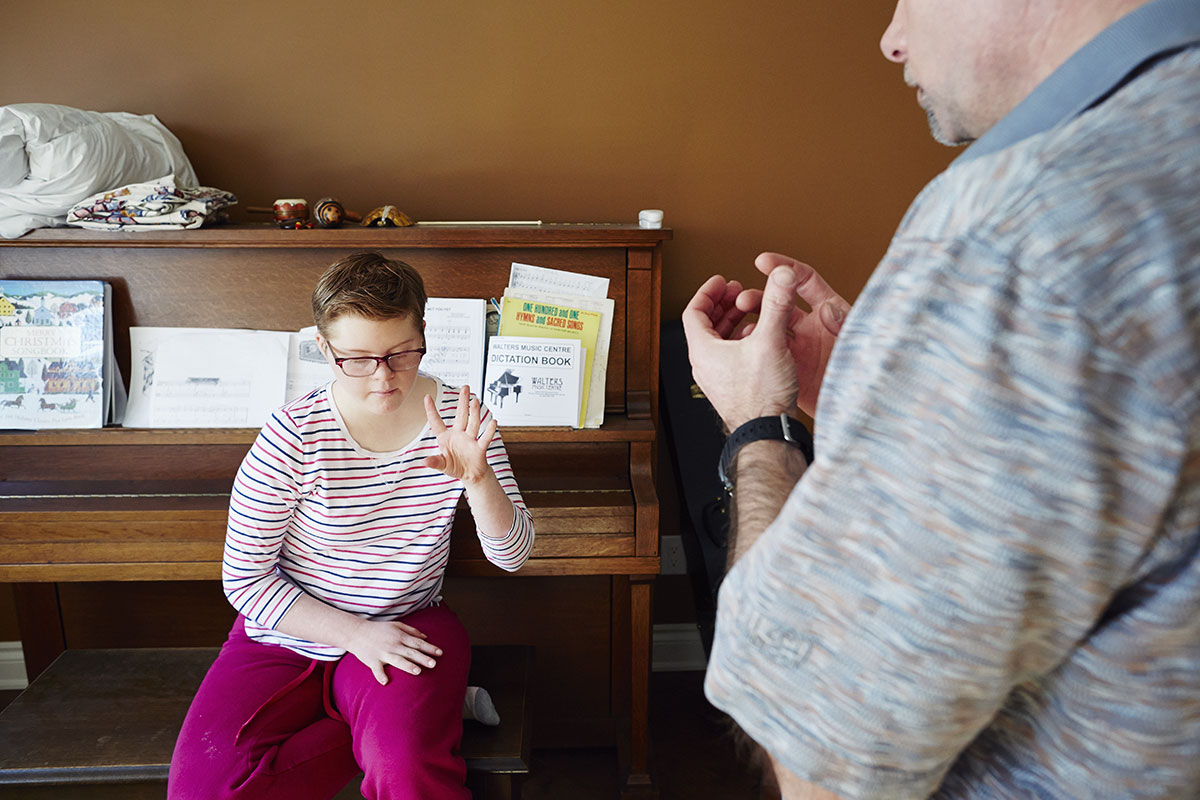 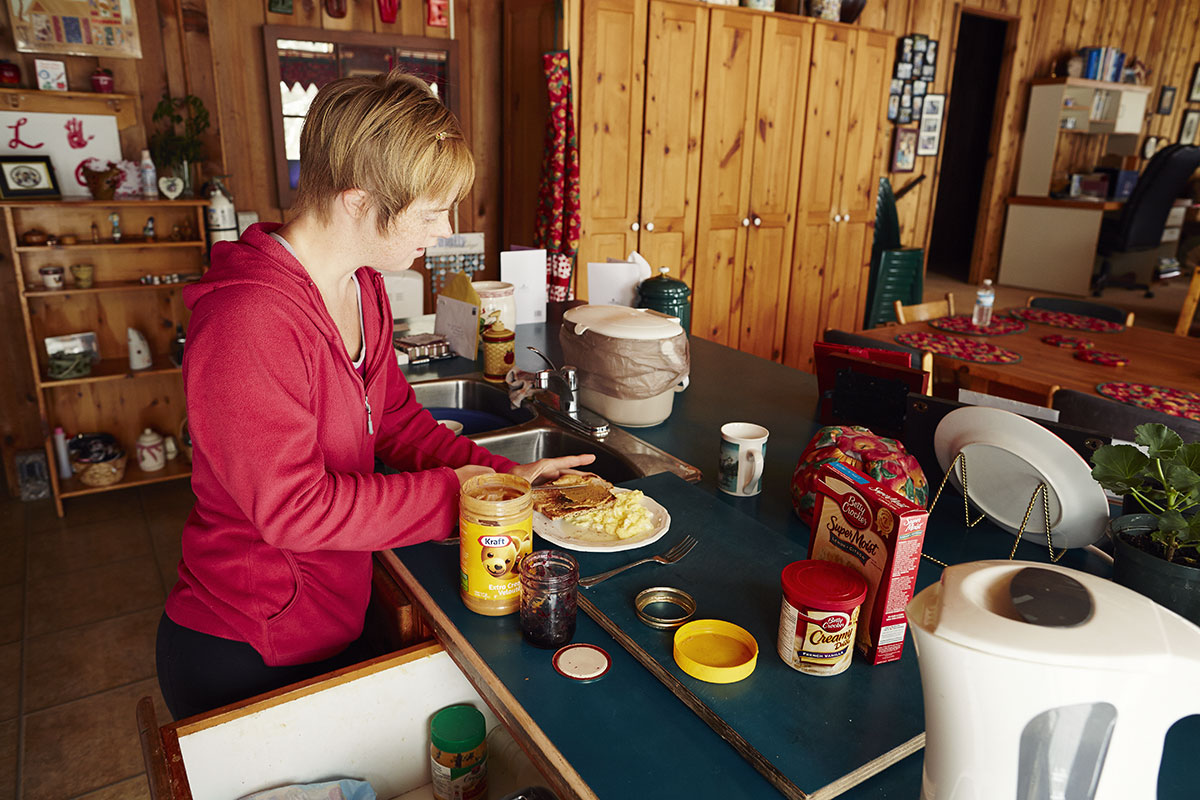 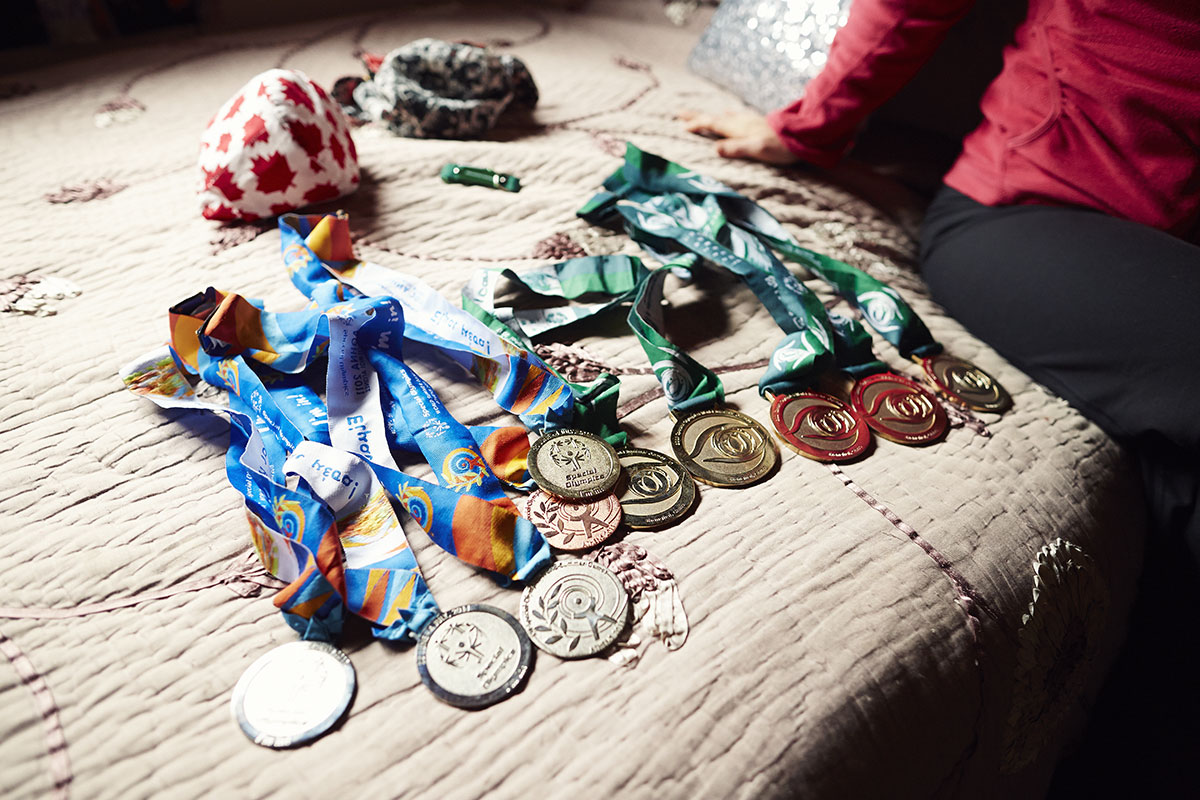 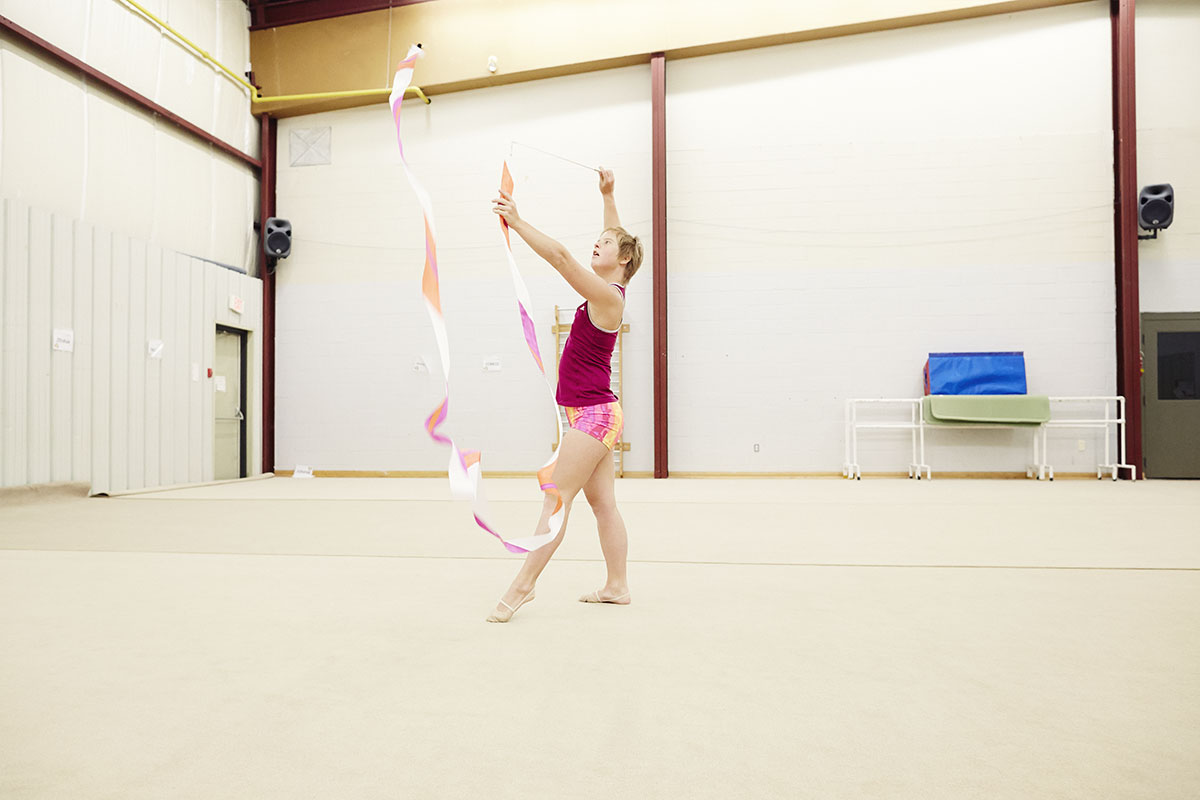 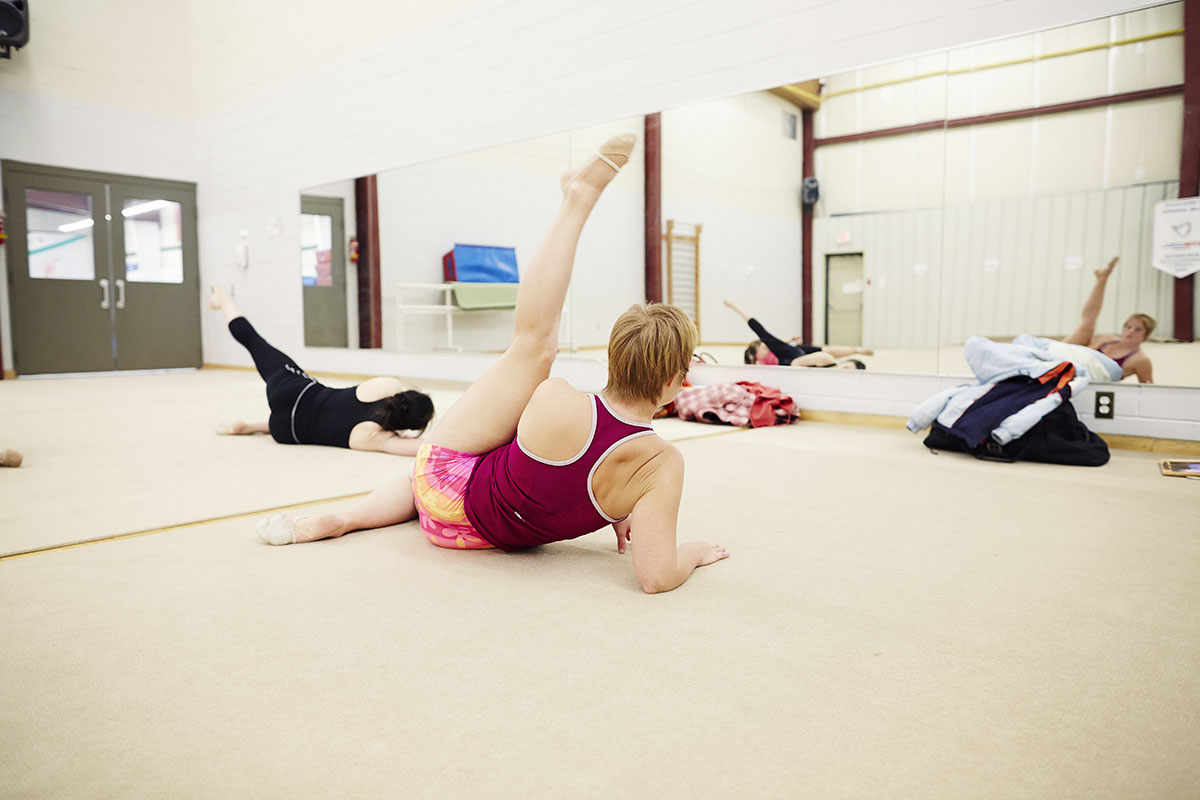 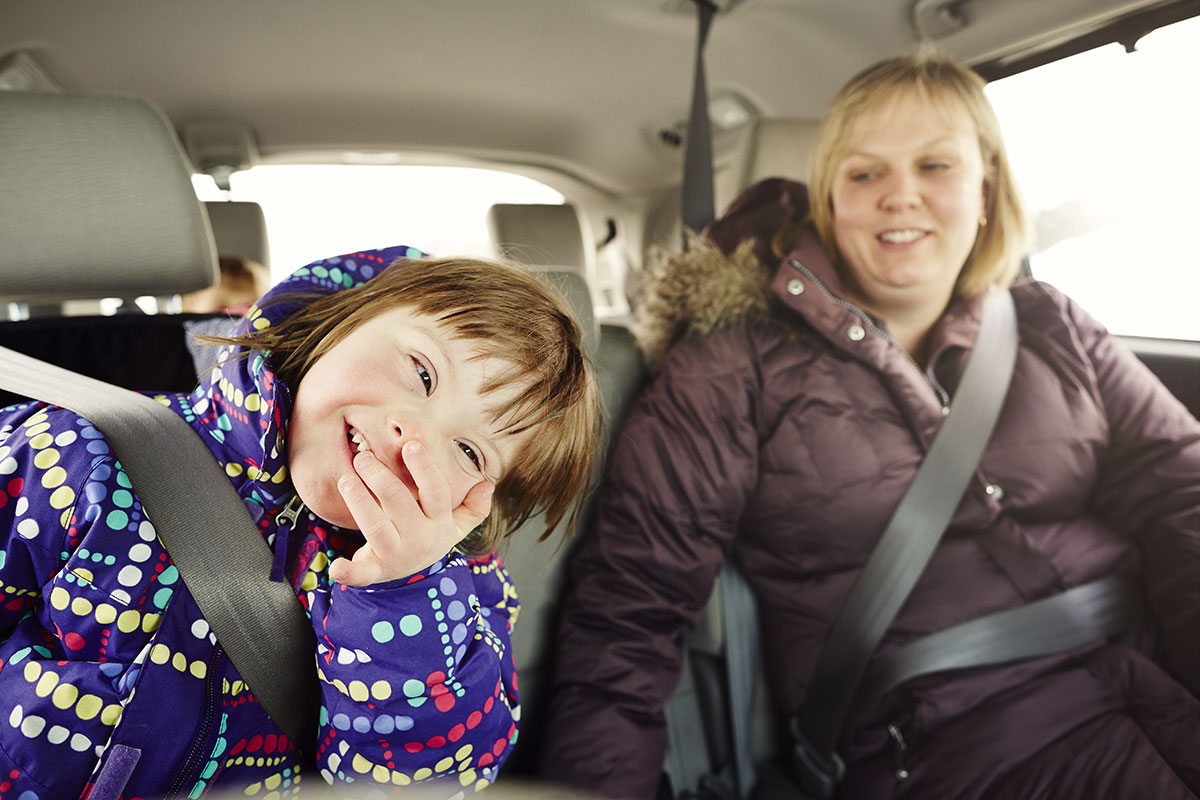 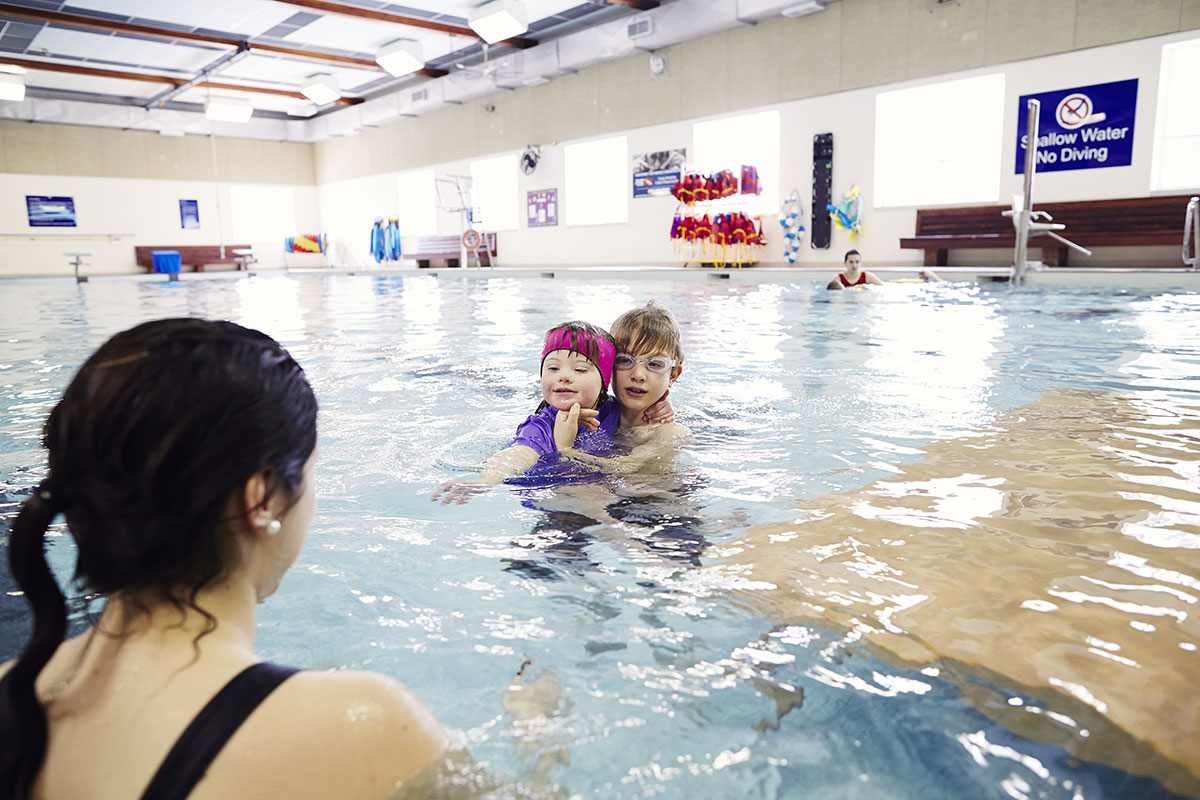 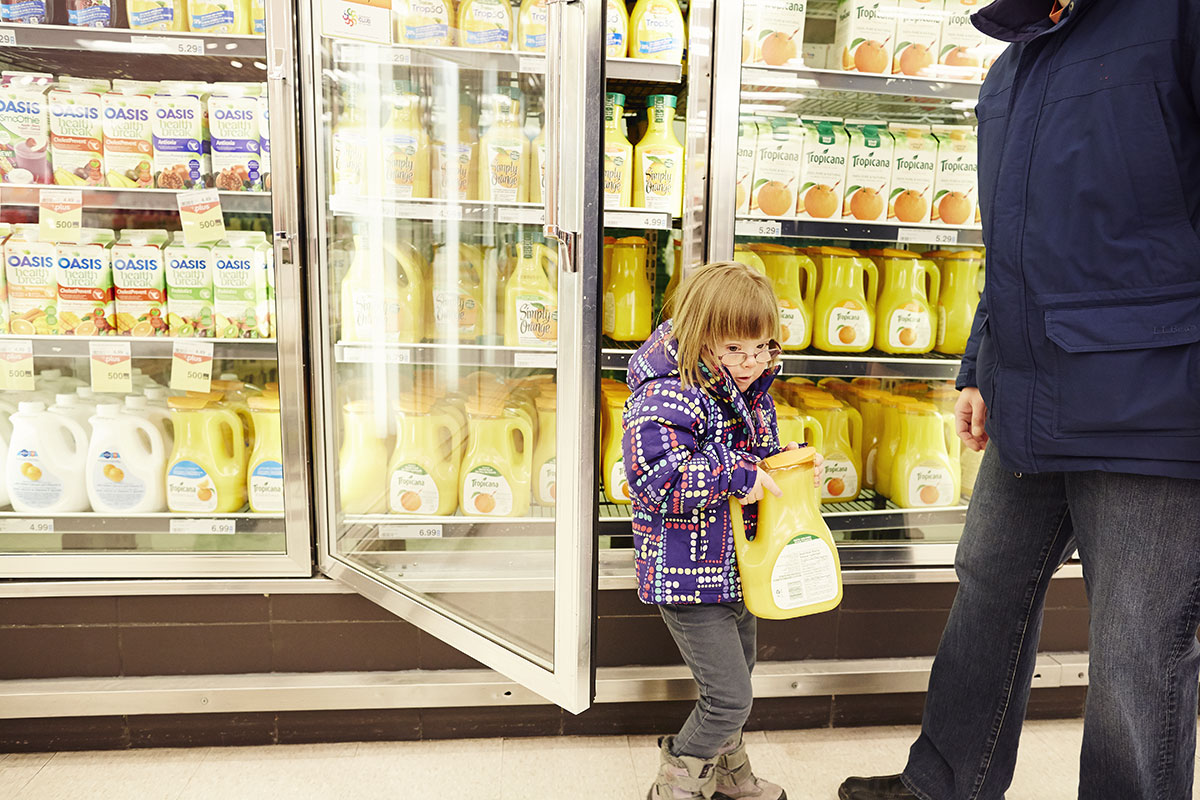 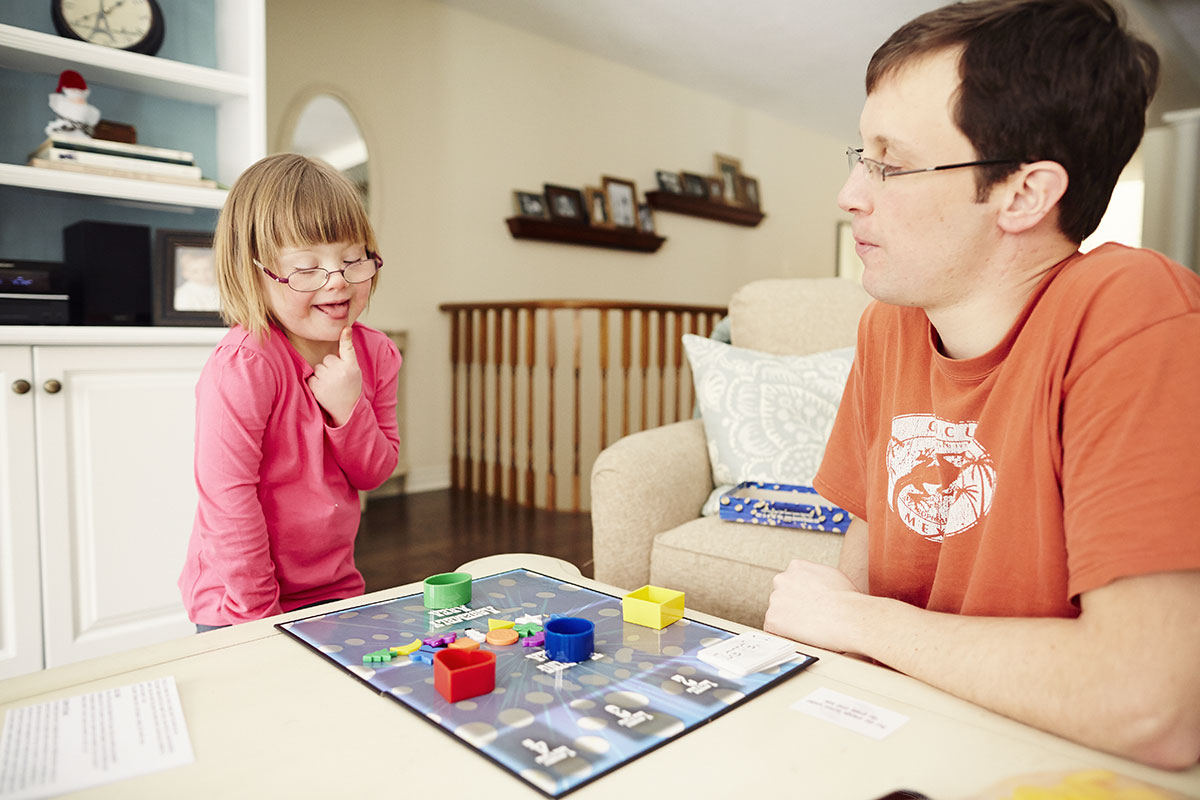 Online comments closed at the request of participating families. Please direct any feedback about this essay to letters@thewalrus.ca.

Ian Brown won the Charles Taylor Prize for his 2009 book, The Boy in the Moon: A Father’s Search for His Disabled Son.
Jaime Hogge

Jaime Hogge has won an Applied Arts Award and an International Digital Emmy and regularly contributes photography to the Grid, Maclean’s, and The Walrus.