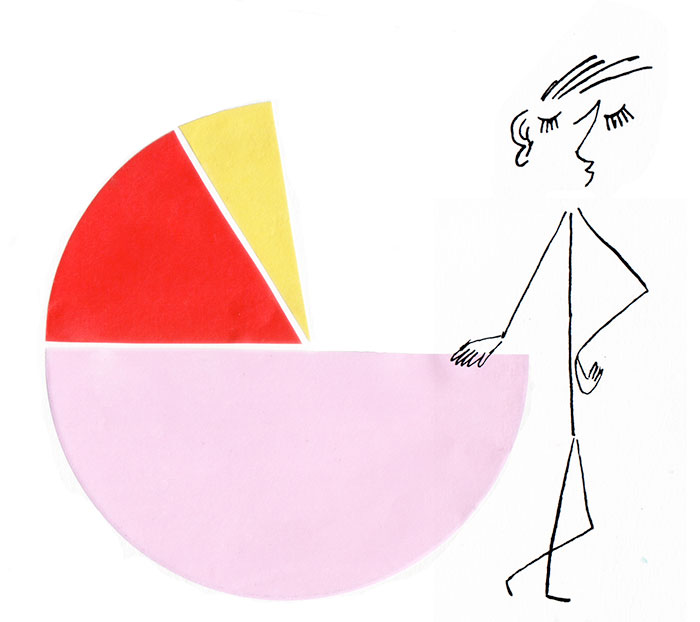 Whatever else it accomplished, the Occupy Movement, launched a year ago in New York’s Zuccotti Park, put income inequality on the agenda. The phrases “the 1 percent” and “the 99 percent” have entered the vernacular, and they remind us that 1 percent of Americans earn nearly a quarter of the country’s income. Princeton economist and New York Times columnist Paul Krugman calls the phenomenon “the Great Divergence,” and it has transformed the United States—which still subscribes to the Horatio Alger myth of social mobility—into a nation run not by the people for the people, but by the very rich for the very rich. While America remains the world’s most affluent country, technology and globalization are hollowing out its middle class; jobs can still be found at the top and bottom, but there are fewer every year in between. As a result, the gap between the rich and the rest in the land of opportunity is now greater than in countries we think of as backward (45 million Americans use food stamps, for example). As Timothy Noah, a senior editor with The New Republic, observes, the United States has begun to resemble a banana republic.

Canada is in a better way, but increasingly less so. The Organisation for Economic Co-operation and Development reported last year that our income gap is still well above the average of the thirty-four countries surveyed. In 2007, the richest 1 percent of Canadians earned 13.3 percent of the country’s income, 11 percent less than in the US, but almost double what it was in 1980. (A recent study by the Conference Board of Canada found that since the mid-’90s income inequality has risen even faster here than in the US.) According to the Canadian Centre for Policy Alternatives, the people private bankers call high-net-worth individuals—the 0.1 percent—have benefited most, their share of the country’s income more than doubling, from 2 percent to 5.5 percent between 1980 and 2007. Many factors are at work in this scenario, but the most significant is taxation, which mitigates inequality in Canada less than it does in most OECD countries, in part because without much fanfare, the top federal marginal income tax rate fell from 43 percent in 1981 to 29 percent in 2010. As in the US, the 1 percent now earn higher incomes and pay lower taxes.

While it’s the subject of some debate, growing evidence suggests that extreme income inequality adversely affects outcomes across a range of issues, including mental health, obesity, infant mortality, teenage pregnancy, life expectancy, literacy, numeracy, and, not surprisingly, social mobility. It is also thought to undermine policies and programs aimed at reducing poverty, especially among children, because income affects health and education as well as employment opportunities. But even if these assertions are exaggerated, few would argue that greater income inequality produces positive outcomes for anyone but the tiny population at the top of the pyramid. And in New Zealand, a country with relatively high economic disparity, the treasury acknowledged recently that “historical and contemporary events demonstrate that societies in which the benefits of growth are captured by a minority can face considerable social, economic and political upheaval.”

Surely this is the point: that narrowing the income gap serves the interests of the 1 percent as much as those of the 99 percent, because when the many at the bottom perceive the few at the top as being indifferent to the punishing consequences of extreme economic disparity, political upheaval becomes inevitable. We forget at our peril that the ownership of wealth, an abstraction, depends on the rule of law; we own something only if our neighbours agree that it’s ours. The veneer of civilization, which sustains and is sustained by the rule of law, is exceedingly thin, and the pages of history are littered with the riches-to-rags stories of plutocrats who believed their good fortune was ordained and therefore unassailable. In his new book, Days of Destruction, Days of Revolt, Pulitzer Prize–winning journalist Chris Hedges characterizes the Occupy Movement as a nascent revolution against that privileged state of mind. How the 1 percent responds to these protests will determine whether the movement coalesces over time into something more formidable.

It’s not as if we lack the tools to reduce income inequality, which are generally thought to include the creation of a culture of restraint, a commitment to effective regulation, and income redistribution. If we choose not to use them, we will be as ill advised as the eighteenth-century French aristocrats—apocryphally epitomized by Marie Antoinette, who upon learning that the peasants had no bread is said to have responded, “Let them eat cake.” And we know how that ended.

John Macfarlane is the editor and co-publisher of The Walrus.
Robin Cameron