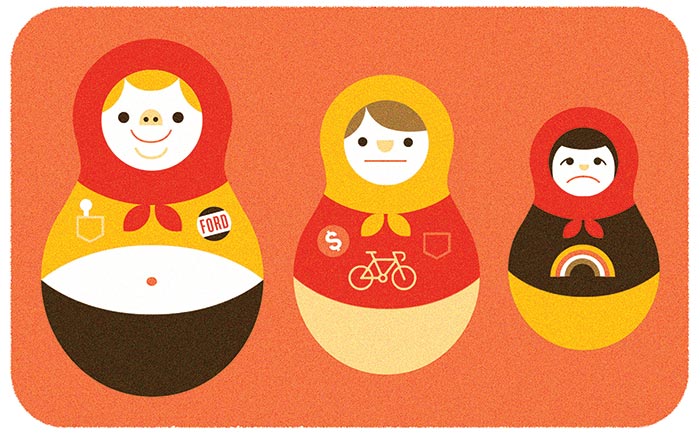 At the turn of the past century, my grandfather emigrated to Canada from England, where as a boy he apprenticed as a tool and die maker. Here he found a job, married, and had a family. At the end of his life, he owned a small home and had saved enough to finance a comfortable retirement. He was proud of his modest achievements, having worked his way into the middle class. If he resented those who were better educated and more accomplished, he never said so. It was clear, however, that he respected them. How very different the world was then.

When did our society turn against its best and brightest? When did we abandon the idea that among us there are people more qualified—by virtue of natural gifts, education, or experience—to lead? When did one man’s opinion become as good as that of the next, no matter how unintelligent or uninformed? When did “meritocracy” become a dirty word? When did relations between the many and the few turn hostile? And, more important, why?

Other factors may be at play, but two unrelated events in the final decades of the millennium seem especially relevant. The first was an idea that emerged in the ’60s, neatly summed up by the aphorism “Do your own thing.” It suggested not only that anything goes, but also that nothing is sacred—including knowledge and expertise. This produced a culture in which opinions have as much currency as facts. It brought us politicians who disdain scientific evidence in the formulation of public policy, and a generation of undereducated journalists incapable of holding them to account.

The second event exacerbated the effects of the first. In my grandfather’s day, leaders understood that they had an obligation to care for the majority—that their power did not entitle them to pursue their own betterment at the expense of the collective good. This ethic produced public education, universal health care, and government-funded pensions. Somewhere along the way, though, it got lost, a casualty perhaps of the narcissism that defined the ’80s. How else to explain the post-millennial growth in wealth inequality, mostly on the backs of the middle class? The elites were now perceived to be working only for themselves, and everyone else felt justly aggrieved.

This is why we find ourselves in what feels like a class war, in which the disenchanted many are pitted against the uncaring few. The many still make the rules, as they do in any functioning democracy, but they increasingly do so in ways that mock enlightenment. Only rarely do they elect our best and brightest, and their positions on such issues as the environment (who cares?), immigration (other people’s problems don’t interest us), foreign aid (what’s in it for us?), trade (let the markets decide), and crime (ignorance is bliss) are, sadly, those of a society that spurns knowledge and expertise.

At the forefront of this unfortunate confrontation stands Toronto, a city that three years ago elected a mayor who wears his ignorance like a badge of honour and who brushes off his serial misbehaviour without embarrassment. Yet his approval rating remains high. What does this say about his supporters? It says they’re so suspicious of elites that they’d rather entrust North America’s fourth-largest city to a man with no real credentials. Not that expertise and egalitarian principles are mutually exclusive, but to the constituents of Ford Nation that’s how it seems. Better Rob Ford than Marie Antoinette.

A society that disrespects its most capable citizens faces a dark age from which only they can rescue it. Only they can convince us that we’ll all be better off if they lead and we follow. I live in Toronto, and a few months ago, in a moment of frustration, I had some buttons made that read, “If you voted for Rob Ford you owe me an apology.” I was wrong. Yes, Ford is a disaster for which the city will pay dearly. But people voted for him because they no longer shared my grandfather’s trust in our elites—and it is they, the disenchanted many, who deserve an apology.

John Macfarlane is the editor and co-publisher of The Walrus.
Alex Westgate

Alex Westgate was commissioned by the Royal Canadian Mint to commemorate twenty-five years of the loonie. 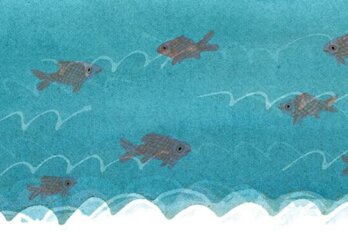 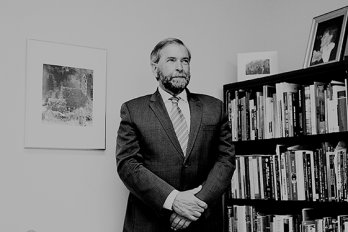 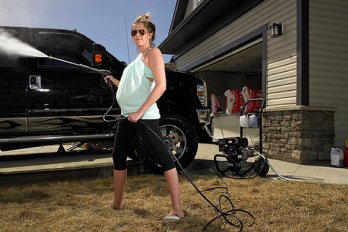