Drake: The Next Generation | The Walrus
Skip to content 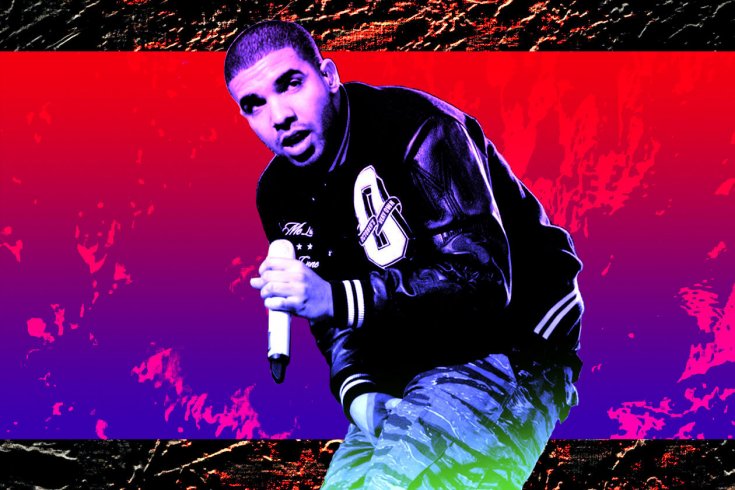 In a hotly debated 2009 piece, New Yorker music critic Sasha Frere-Jones argued that hip hop’s best days were behind it. The most popular record of the year, Jay Z’s The Blueprint 3, was undeniably boring—a parade of punch-less punchlines and celebrity cameos—and Lil Wayne, the strangest, most talented rapper going, had released an album of godawful guitar rock. Rappers were still selling albums (to the extent that anybody was), but the genre seemed tired. Frere-Jones speculated that, after twenty years of pop-culture dominance, hip hop had run its course. It wouldn’t disappear completely—genres don’t do that—but it would lose its perch at the apex of the pyramid.

At the time, there was one artist who seemed to be on the up and up, although not everybody believed that he had staying power. Frere-Jones dismissed him as “the young rapper of the moment, the genial and deft Drake.” The message was clear: geniality and deftness weren’t going to rescue the art form.

Seven years later, hip hop and Drake have stood the test of time; Frere-Jones’s predictions haven’t. The rap golden age of the ’90s may be over, but rappers today are achieving a kind of mainstream cultural influence that would’ve been hard to imagine twenty years ago. In April, Vanity Fair listed the impossibly cool Harlem rapper and fashion icon A$AP Rocky among its twenty-three cultural “disrupters,” and last week Time magazine named Kendrick Lamar, the Afro-centric Compton emcee, and Nicki Minaj, the singer and razor-sharp New York wordsmith, as two of the world’s 100 Most Influential People. Drake, with four platinum records in a row, is now the biggest name in a genre with more than a few big names. (In February of 2015, he had a whopping twenty-one songs simultaneously on Billboard’s top 50 Hot R&B/Hip Hop chart.) Would it be an exaggeration to say that he saved hip hop? Yes, it really would. But Drake’s unlikely success and hip hop’s comeback are two parts of the same story.

When I first read Frere-Jones’s article seven years ago, I believed it. Mainstream hip hop had never seemed as lifeless as it did in 2009. For all of its subversive bluster, it was, in many ways, a conservative genre. Its casual homophobia was at odds with the ascendant gay rights movement. Its obsession with brash, self-confident masculinity set it against a culture that was investigating new ways of being male. And at the worst of times, its focus on America—American rappers telling American stories overtop beats from American soul or disco music—made it parochial in a globalizing world.

Had the rules of rap music remained as restrictive as they were, the genre probably would’ve faded from relevance. But rather than die, hip hop adapted. It became eclectic, worldlier, and gayer—or at least less concerned with proving its straightness at every turn. In 2012, rapper Azealia Banks and crooner Frank Ocean (a member of the LA hip hop collective Odd Future) came out as bisexual, and the hip hop community stood by them. They stood by Barack Obama too, when he pledged his support for marriage equality. In 2013, Jay Z collaborated with performance artist Marina Abramović, consummating a budding relationship between hip hop and the international art world. Meanwhile Kanye West, with his Louis Vuitton handbags and Dior wax-coated jeans, broke the embargo on European high fashion.

If Drake—the sensitive Canadian who raps, sings, and looks good in a Lane Crawford turtleneck—seemed like an unlikely rap hero in 2009, he doesn’t seem so out of place today. Contrary to Frere-Jones, I suspect that Drake’s geniality and deftness—his reflexive politeness, his workmanlike approach to writing lyrics—had something to do with his success. (He has had some not-so-genial moments too, of course. Celebrities will be celebrities.) Musicality mattered as well, particularly the work of producer Noah “40” Shebib, whose down-tempo sound—light atmospherics, stripped-down pianos, and fuzzy snares—is now so ubiquitous it’s hard to remember how fresh it seemed six years ago. And Drake, through his lyrics, took hip hop’s aspirational themes and made them relevant to striving millennials. His breakout 2009 mixtape, So Far Gone, and 2010 studio debut, Thank Me Later, are all about hard work and uncertainty. These are songs for young dreamers logging late-night hours behind laptops.

Most importantly, though, Drake is a rapper only half the time. His 2015 record If You’re Reading This It’s Too Late is an uncharacteristic venture into hip hop purism—a throwback to an early-’90s era in which rap was all about beats and punchlines. (He released it as an “unofficial” mixtape, as opposed to an “official” studio album, positioning it as a side project not a career move.) He then followed up with his mega-hit single “Hotline Bling,” which has little to do with rap: it samples a muted drum machine and electric organ from the 1972 Timmy Thomas slow jam “Why Can’t We Live Together.” His studio albums ricochet between these two poles, with exultant rap anthems and down-tempo ballads that share more lineage with Marvin Gaye than with Biggie Smalls.

That tells you something about what’s happening with hip hop, which isn’t dying so much as it’s entering the pop-music vernacular. That means it’s going to get harder to differentiate between rap and not-rap, and it means we’re going to see more performers like Drake, for whom rapping is part of a larger skillset. Kendrick Lamar’s 2015 classic, To Pimp a Butterfly, is as much a jazz and spoken-word record as it is a hip hop album. Kanye West, in his post-2010 incarnation, probably owes a bigger debt to glam and post punk than to good old New York rap. And then there are singers such as Lorde and Lana Del Rey whose music may be the furthest thing from hip hop but is still inflected with hip hop idioms. “You’re so fresh to death and sick as ca-cancer,” Del Rey sings on her debut record.

For some people, Drake’s ascendance may be proof that Frere-Jones was right to be pessimistic: if Drake is what passes for rap today, then rap really is waning. The golden-age records of the ’90s and early 2000s—Dr. Dre’s The Chronic, Biggie’s Ready to Die, Eminem’s Marshall Mathers LP, and Jay Z’s The Blueprint—are rap through and through. They derive their greatness from what they do with beats, rhymes, and bluster. How can Drake, a part-time rapper from suburban Toronto, hold his own against the giants of yesterday?

But if you believe that Drake’s credentials make him unsuitable for hip hop stardom, you’re measuring him against standards that no longer apply. Drake’s critics often do that, and they tend to embarrass themselves more than they embarrass him. Last year’s scuffle with Philadelphia rapper Meek Mill was revealing. (To recap: Meek Mill accused Drake of having ghost writers. Drake, in an interview with Fader, beat this charge by suggesting that it was partially true.) In the old days, an accusation of inauthenticity could have been devastating. Today, accusing Drake of hiring help is like saying that Martin Scorsese doesn’t personally edit every scene in his films. No shit, and also, who cares?

Similarly, Drake’s Canadianness should have been a problem but wasn’t. Back in 2009, Rolling Stone joked about “Drake Graham, who is from Canada (where ‘not that gangsta’ might actually be written on the flag in Latin).” In his early work, Drake seemed to mention Toronto as a way of inoculating himself: if he could own his suburban upbringing, perhaps it wouldn’t be used against him. He also rounded out his image by referencing the American south—home of his dad and two soul-musician uncles—while being careful not to lay too much of a claim to African-American experiences. In the past year the aesthetics of Black Lives Matter have enriched the work of Beyoncé and Kendrick Lamar; Drake, for the most part, keeps a respectful distance.

He’s begun to wear his Toronto identity, however, like a diamond-studded CN Tower–shaped pendant. “Know Yourself,” from 2015, is the closest thing Toronto has to a rap anthem, and, as Leon Neyfakh points out in Fader, Drake’s use of Toronto slang (much of it inflected with Somali Arabic and Jamaican influences) bespeaks a sense of confidence—a belief that the place he’s from is indeed a place. His new album, Views, is pure civic boosterism. The cover, shot by Caitlin Cronenberg (daughter of filmmaker and hometown hero David Cronenberg) features Drake atop the main pod of the CN Tower. Tellingly, Drake came back to the city to record the album.

From the vantage point of 2016, the dog days of 2009 seem like ancient history. If rap today is embracing seemingly unlikely stars, it’s because the old distinctions between it and other pop genres are more flexible than they’ve ever been, and the language of hip hop is less exclusively American. Frere-Jones is probably right that rap as a discrete, carefully guarded culture is on the way out. That’s bad news for hip hop purists, but it isn’t necessarily bad news for hip hop. And it doesn’t mean that the form itself is waning—just that it’s shedding rigid notions of authenticity. Today, you hear echoes of rap in everything (bass drops on Taylor Swift songs, hip hoperas on Broadway) and echoes of everything in rap. The genre is being encoded into the DNA of pop music—and that is its best shot at immortality.

Simon Lewsen has contributed to the Globe and Mail, enRoute, The Atlantic, Foreign Policy, and MIT Technology Review. He teaches writing at the University of Toronto.
Paul Kim