Don’t Watch the Super Bowl | The Walrus
Skip to content 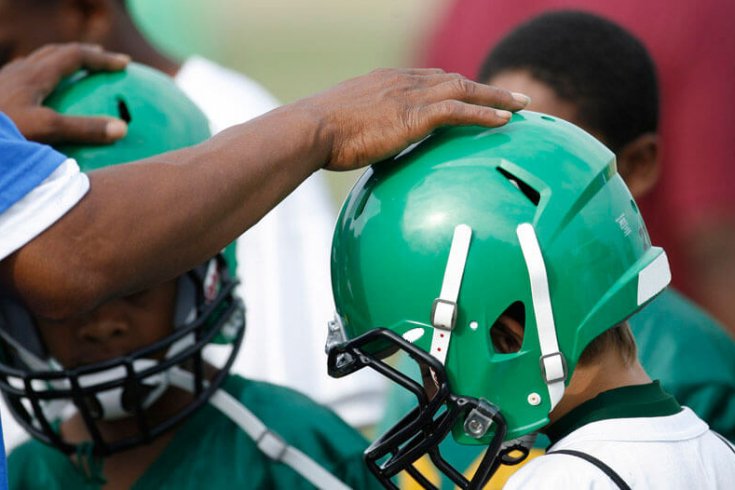 This morning, at breakfast, I met with a woman who graduated from a large southern US university with an NCAA Division I football team. Jane, as I will call her, was not an athlete. But like many students, she participated in what may be called America’s trickle-down campus football economy: Her job was to attend the classes that football players skipped, take notes, and then file them with the athletic department. She also led special seminars for the football players, to try to bring them up to speed on course material. It was difficult, she told me, because many of these students had been recruited solely for their athletic prowess, and exhibited a “low level of education.”

Her rewards as a professional note-taker weren’t just financial (she describes note-taking as one of the best paid student jobs on campus). She also was permitted to bask indirectly in the glow of the football team’s cult-like status. She sometimes travelled with the players, got free tickets to their games, and decked herself out in free paraphernalia.

One of her clearest memories of that period surrounded a pizza lunch she attended for the football team’s hangers-on. The star guests that day were the “southern belles,” a corps of attractive young women who would accompany football recruiters on visits with star high-school prospects. Jane realized that it wasn’t just a scholarship and a chance to play football that these recruiters were selling to kids. It was the whole alpha-male package.

Despite everything we know about the brain damage suffered by football players, many of my friends defend their decision to watch it on the basis that players take on the risks knowingly, and earn a lot of cash. In his recently published book, The Game’s Not Over: In Defense of Football, author Gregg Easterbrook summarizes the most commonly recited apologist tropes thusly: “Yes, keep watching the NFL. The games are fabulous; the players know the risks and are well compensated. I watch the NFL on television avidly, and attend many games with enthusiasm. I never feel the slightest compunction. You shouldn’t either.”

But even putting aside the fact that only an infinitesimal fraction of the players who bash their heads against one another in high school and college will ever earn a living from the game, Easterbrook relies on a conception of free will that is cynical and formalistic. Football players are recruited into the upper echelons of the sport when they are teenagers, bursting with hormones, athletic aggression, and the adolescent delusion of immortality. As University of Cambridge neuroscience professor Joe Herbert notes, many young males at this time in their life are desperately seeking to affiliate themselves with tribal groupings that allow them to express status lust in a violent way.

Easterbrook has written many brilliant things during his long and distinguished career. But here, he is just a football fan applying his gigantic intellect to the task of justifying his emotionally felt, atavistic love for a game that has visited senility upon untold legions of former players. Let me be plain: If, like Easterbrook, you choose to watch the Super Bowl, you should know that many of the men you cheer and boo will one day be unable to recognize their grandchildren—in some cases, their children—because of what the game does to their brains.

Anyone who has seen the Will Smith movie Concussion knows the disgraceful back story on this: Evidence linking football and brain damage has been accumulating for decades. But the NFL brushed it aside, at one point even setting up its own self-serving body of experts to deflect the science. We now know the truth. And for those who haven’t seen the film, I heartily recommend the excellent summary of recently published books on the subject contained in David Maraniss’s New York Review of Books essay, The Collision Sport on Trial.

“The current estimates are that nearly 30 percent of all NFL players will suffer some form of dementia over the next sixty-five years,” Maraniss writes. (That works out to an average of about six or seven of the twenty-two NFL players you see on the field at any given time.) Particularly affecting is the story of “Iron Mike” Webster, the Hall of Famer who anchored the Pittsburgh Steelers offensive line during their late 1970s Super Bowl-winning heyday. By the time he died in 2002, at the age of fifty, the greatest center in NFL history “was a broken man who lived in a pickup truck, estranged from his family, shocking himself with a Taser and attaching his teeth with superglue.”

The landmark analysis of Webster’s brain tissue figures prominently in the plot of Concussion. During his playing career, Maraniss reports, Webster was hit more than 70,000 times. This plainly exceeds the engineering design limits of the human skull and brain. It probably also exceeds the engineering design limits of a helmet, or a car bumper for that matter.

Even as I write this article on February 3, a New York Times news alert informs me that yet another football great, Ken Stabler, is now known to have died with a brain riddled by chronic traumatic encephalopathy (CTE)—a degenerative brain disease believed by many leading researchers to be rooted in repetitive concussive injury. If you want to take a look at the man’s brain—along with an annotated primer on the evidence of CTE, you can find it at the Times web page.

Perhaps, in future, such images will be required viewing for aspiring young football stars before they sign on with NCAA recruiters—much in the same way that tobacco companies are obliged to show nauseating photos of damaged lungs. Fifty years ago, we were ignorant enough to believe that smoking could be a part of a healthy, wholesome lifestyle. In another fifty years, my grandchildren will be shocked to learn that some people believed the same about football.

If you look beyond the glitz surrounding the Super Bowl, what you have is the gladiatorial end product of an industry that takes starry-eyed young men as input, and spits out dead-eyed men as output—men whose angry moods and self-destructive tendencies often make life hell for wives and children who never knew the glory of a touchdown or the flirtations of a “southern belle.” As David Hovda, head of UCLA‘s Brain Injury Research Centre, puts it: “Brain injury does not happen to one person. It happens to an entire family.” If you’re as smart as Easterbrook, no doubt you can find all sorts of clever ways to justify those three hours in front of the television. But you won’t convince me—and if you’ve read this far, I doubt you’ll even convince yourself.