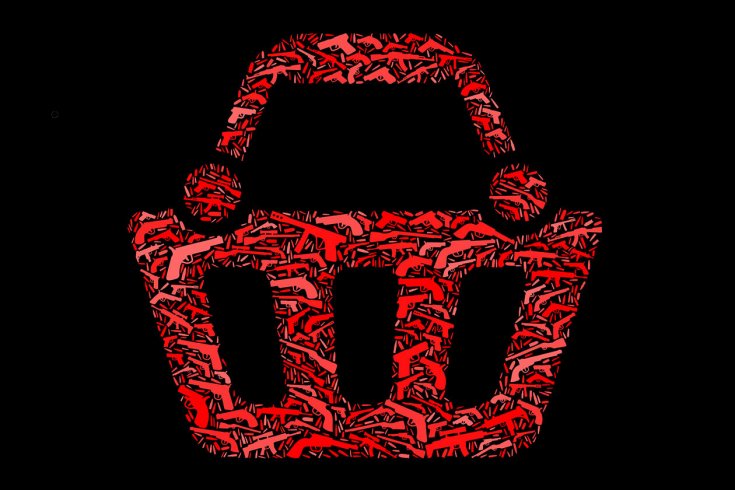 As the holder of a firearms licence, I can go down to my local Ontario gun shop and buy an assault weapon. Of course, the gun shop won’t call it that, and I’d be ill-advised to do so. “Assault weapon,” a term often applied to the AR-15, the mass shooter’s rifle of choice, is a controversial label, as is “assault rifle.” At the gun shop, it might be called a black rifle (because most models are all black), or a “modern sporting rifle”—the name approved by an industry determined to rebrand military weapons as ordinary hunting rifles.

In Canada, we’re not just confused over what to call these guns. We’re also confused over how to regulate them: some are classified as restricted firearms, and tightly controlled. Others are not. The ongoing uncertainty over how such guns should be classified means that Canadians have easy access to weapons that are functionally the same as the restricted AR-15. The Tavor, for example, is a semi-automatic rifle that fires the same ammunition as the AR-15 with the same NATO-standard magazines. The VZ-58 is a Czech-made semi-automatic rifle that, while externally similar to the prohibited AK-47, has a different mechanism; it fires AK-47 ammunition from a thirty-round magazine. Both guns are non-restricted. Both can be purchased over the counter.

We regulate weapons based on the risk they pose, not on how many people they’ve killed.

As non-restricted guns, the Tavor and the VZ-58 don’t need be registered, and require no special transportation rules. I can resell them to anyone, without telling anyone, provided the buyer is licensed. And if the buyer is a lifelong criminal, prohibited from owning weapons, I could still get away with selling him the gun. The lack of a long gun registry and mandatory sales records means that, as long as the buyer keeps his mouth shut, the weapon is unlikely to be traced back to me. Canadian gun shops are filled with similar examples.

Black rifle enthusiasts argue that semi-automatic rifles aren’t a public safety risk. Tony Bernardo, the head of the Canadian Shooting Sports Association—Canada’s most effective gun lobby—went so far as to tell the Washington Post that “we have never had a single crime committed in Canada by an AR-15.” But Louise Russo might be surprised to hear that. In 2004, she found herself in a North York sandwich shop when two gunmen opened fire in an attempted mob hit. A bullet fragment hit her spine, leaving her paralyzed. One of the weapons involved was a Colt AR-15.

One shooting does not make a trend. But we regulate weapons based on the risk they pose, not on how many people they’ve killed. And the problem posed by black rifles is that, while they are rarely involved in crime, the crimes they feature in tend to be particularly serious. It’s precisely because they may face such weapons (military rifles were involved in the RCMP deaths at Mayerthorpe and in Moncton) that police now arm themselves with the C8 “patrol carbine”—an assault weapon by yet another name.

Why are these guns so poorly regulated? In 1995, when Canada’s criteria for restricted and prohibited weapons were last changed, the market for them was non-existent. And so Allan Rock’s new gun control law essentially ignored semi-automatic rifles. But when the Clinton-era assault weapon ban expired in 2004, the lucrative American gun market was soon flooded with black rifles. In Canada, Stephen Harper’s government faced a problem: a hard pro-gun stance might alienate softer Conservative support in Ontario, but the Conservatives had pandered to gun owners by promising to eliminate the Firearms Act, and gun owners were impatient. Many felt they had been betrayed by a Conservative Party that claimed to be their ally but was taking no action. The last thing the Conservatives wanted was to alienate a dissatisfied voting bloc. And so, for almost a decade, the Canadian government did nothing at all about a proliferation of black rifles.

Just how many black rifles Canadians now own is a mystery. But we know that over the course of Harper’s tenure as prime minister, the number of restricted firearms licences in Canada rose by 82 percent. So it’s no surprise that a petition to reclassify the AR-15 as non-restricted—presented to the House of Commons just one month before the Orlando massacre—bore more than 25,000 names.

The petition to deregulate the AR-15 is the gun lobby’s blinkered response to our confused classification system: surely if the Tavor is non-restricted, the AR-15 should be, too. And the petition, which appeals to the government to make the AR-15 legal for hunting, reflects a larger attempt to rebrand the AR-15 as a modern sporting rifle and market it to hunters. But few hunters seem to want one, and many of the signatures likely come from non-hunters hoping to get their rifles moved to non-restricted status—which has the side effect of taking them out of the gun registry, which still exists for restricted firearms.

An AR-15 is not easy to get in Canada. You need a restricted firearms licence, called an RPAL, which requires a training course, written and practical tests, an extensive background check, and a waiting period. After you get a RPAL, and purchase your AR-15, you’ll need to register the gun. The weapon can only be loaded and fired on a police-approved range, and must be transported to and from that range by the most direct route, in a locked case, with a trigger lock, and unloaded. At home, your AR-15 must be kept in a locked safe.

Clearly, owning an AR-15 in Canada offers not much scope for fun—which helps to explain why so many Canadian gun owners want to deregulate it. But there remains one additional rule that reduces your fun still further: your thirty-round AR-15 magazines must be altered so that they can hold no more than five rounds. Canada chooses not to ban semi-automatic firearms. Instead, we regulate magazines.

Regulating magazines is a good idea. The fundamental design feature of black rifles is not their semi-automatic action, or their military appearance. It’s a thirty-round detachable box magazine, released at the press of a button. To reload your AR-15, you simply press the magazine release button with the tip of your trigger finger, push in a new magazine, smack the bolt release with your free hand, and fire. You do all this without taking your trigger hand off the pistol grip, and without taking the rifle off your shoulder. More than any other, this is the feature that enables mass shootings.

But a law restricting magazine capacity imagines a world where gun owners don’t import thirty-round NATO-standard magazines altered to hold only five rounds. These magazines can easily be altered back. Nor does it imagine a world in which those magazines—and rifles that accept them—are easily resold onto the criminal black market, as backup firepower for gangs. If we still had a long gun registry, or if all such rifles were restricted, we wouldn’t have to worry about that. And if the US had meaningful laws to restrict magazine capacity, then the supply of these magazines would dry up, to be replaced by smaller five- or ten-round mags. It’s another case where a failure to put meaningful regulations in place in the US weakens the effect of our own laws.

Semi-automatic firearms are not the problem. Not all semi-automatics ought to be considered assault weapons. Two thirds of duck hunters, for example, use semi-auto shotguns. These are limited to a three-round magazine and are inconvenient to reload; they’re a poor choice for armed mayhem and there is no special reason to regulate them. But centrefire, semi-auto rifles like the AR-15 are a different story. This is the standard military and police rifle, and it is designed for easy, quick reloading for a reason: so that you can shoot as many bullets in as little time as possible. All rifles originate from military designs, but modern military rifles have evolved beyond any civilian application.

As long as these rifles exist in Canada, a massacre like Orlando is not simply a US nightmare on the news; it’s a shadow falling over us, a possibility we can’t ignore.

A. J. Somerset (@ajsomerset) is the author of Arms: The Culture and Credo of the Gun.