Do Avatars Dream of Electric Streets? | The Walrus
Skip to content

ahern welcome area—The sun is setting as I sit in a public square amid a miscellany of bizarre and fabulous half-nudes, Goths, cat women, and vampires. Beside me, a group of residents are chatting over instant messenger, repeatedly misspelling the word “strawberries.”

“oh i stopped on my way home today and got fresh strawberys,” says Warm Sun, a voluptuous redhead in a black dress.

Can they even eat strawberries here, I wonder?

I ditch the strawberry conversation and wander over to seek guidance from an avatar named Zeph Mills, who has a sign above his head reading Help for Newbies. With Zeph’s assistance, I’m soon teleporting to an island called Kula, where white letters set on a hill read rmb City. At last.

Like much of Beijing in the months leading up to the 2008 Summer Olympics, the virtual city looks like a construction site. As my avatar flies and floats over the island, I spot, dangling from a spinning crane, the China Central Television (cctv) headquarters, a marvel designed by Rem Koolhaas and Ole Scheeren. Circling the crane are billboards advertising rmb City’s development. This site, however, is a stand-in for the real city, which will go up at an undisclosed location in the online world. Its creator is still buying land and hiring builders, who will erect the city using “prims” (short for “primitives”), the building blocks of Second Life.

Named after an abbreviation of China’s currency, the renminbi, or “people’s currency,” rmb City is a dazzling if disturbed vision of China’s future. It’s a condensed recreation of the country’s urban landscapes, and an ironic, almost cartoonish (think The Jetsons) examination of its pace of development. According to Cao’s design plan, once completed the city will contain twisted versions of such landmarks as the Forbidden City and the Great Wall. Beijing’s Olympic showpiece, the National Stadium (a.k.a. the Bird’s Nest), will sit partly submerged and rusting off the city’s shore. Downtown, the Three Gorges Reservoir will flow through the Tiananmen Square rostrum. Atop the skyline, the People’s Observation Wheel will offer a view of a giant floating panda, and in the distance a statue of Chairman Mao will stand in the water, saluting visitors.

Cao premiered the rmb City concept at Art Basel Miami Beach last December, and had a private collector pay $100,000 (US) for a piece of virtual real estate. In February, she turned the Lombard-Freid Projects gallery in New York into a real estate office, complete with screen shots of prime property, a model of the city, and a manifesto/prospectus. Among the buyers was Beijing’s Ullens Center for Contemporary Art, which purchased a section called the People’s Aerial Castle. With their purchases, investors gain access to the property for two years, after which they receive a commemorative artwork by Cao and documentation of all activities within. The thirty-year-old experimental artist is one of some two dozen recognized real-life artists using Second Life as a medium—creating virtual sculptures, choreographing performances, and filming what’s known as “machinima,” movies produced within role-playing games. Among these is Cao’s i.Mirror, which follows China Tracy as she finds love with a young avatar who is in reality a retiree in California.

I track down Cao’s avatar at the rmb City development site. She is grey eyed with long black hair, and wears silver and white armour.

“please take a seat,” she says.

We sit on car tires in front of a campfire. Empty beer bottles and an open pizza box litter the ground. Under the Second Life stars, she talks about the project’s inspiration: China’s frenzied growth, particularly in Cao’s current home, Beijing, where a dazzling new city has bloomed seemingly overnight. Like Beijing, rmb City will continue to evolve even after Cao’s vision is complete. She plans to keep the city running for two years, giving investors the freedom to do with their property what they wish. After that? “nobody know now,” she says. She talks of the parallels between China’s development and the continuing expansion of Second Life: “the whole sl [ Second Life] now seems a new land the people looking for because rl [real life] already overload.”

Though China Tracy is careful not to be overtly critical of the country’s growth, there is something ominous in her words and work: “we do like our country, but it’s always out of our wishes and control,” she says. In a sense, of course, she is now a developer herself; pieces of her project sell for as much as $120,000. rmb City is thus both a critique and a reflection of modern China.

As the digital sun rises, we conclude our conversation by making plans to meet in real life. Then China Tracy vanishes. I log out of Second Life and return to the world I’ve come to know over the past year. I’m at a Starbucks in downtown Beijing. Outside is traffic, noise, energy. Men in yellow construction hats. Modern China. 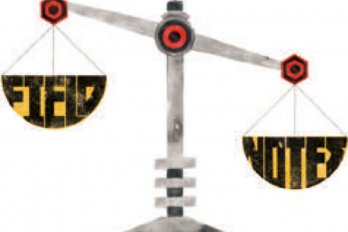 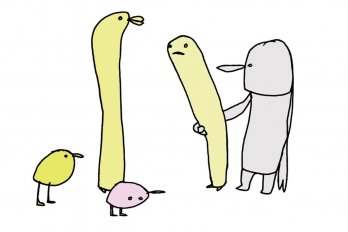 At the Whisky Tasting 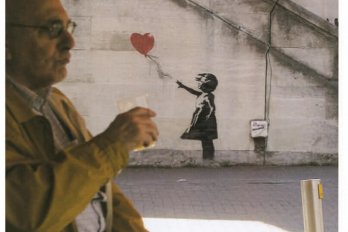 The Renaissance of Cute