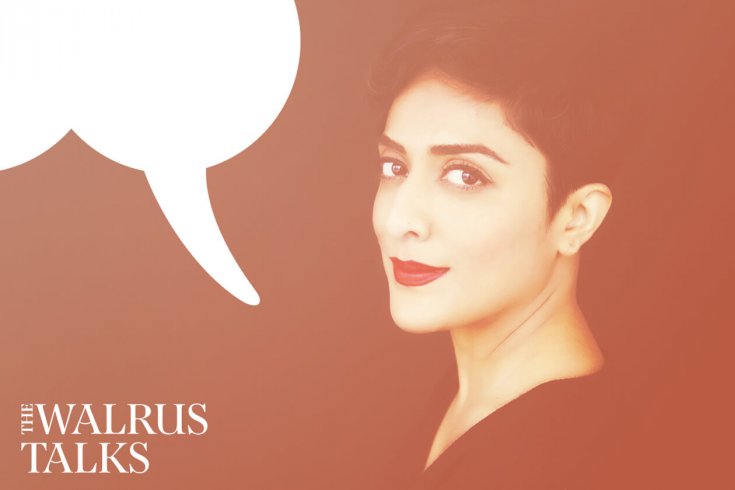 Tech entrepreneur Saadia Muzaffar talks about how tech powerhouses dehumanize and mistreat their workers, and how we could find a way out

You can listen to Muzaffar’s talk or read it below.

Last week, the Fair Work Commission of Australia ruled in favor of Josh Kluger, who said that he had been unfairly dismissed from his job after speaking publicly about his pay and working conditions. He was working for the restaurant delivery company Foodora. And one of his biggest offenses was creating an encrypted chat group that he and other workers were using to talk to each other about pay and work conditions. Last month, Uber’s UK drivers staged their very first coordinated national strike. The 24-hour strike demanded an end to what it described as “unfair deactivations of drivers, low mileage fairs, and unfairly high commissions” demanded of the drivers. This past summer, thousands of Amazon warehouse workers walked off the job, in Germany, Spain, and Poland, taking action that coincided with Amazon’s major sales promotion. Their demand? Labor contracts have to guarantee healthy working conditions at fulfillment centers around the world.

What’s in common between these three events? Well, number one, they’re all protests by workers of online labor platforms, these powerhouse matchmaking digital entities insert convenience between currently existing products and services and you and I, as consumers. Number two, they all pertain to a specific class of work that’s called geographically sticky work, so you have to be located in a physical space in order to be performing this kind of work. And number three, and very important, ’cause we will come back to this, none of these examples are from North America.

So, why all this protest? Or shall we say disruption? You see, a strange thing happens when things become ubiquitous. When something is all around us, we tend to deem it benign. We start to think that it’s normal, and we just absorb it into our lexicon and stop questioning it. The ubiquity of online labor platforms and their addictive convenience has done the same thing. It’s romanticized this lure of disruption so much that it has managed to make an entire global workforce of workers disappear before our very eyes. They’re like Santa’s elves, right? They do all the work and you and I benefit from it, but we never hear about them. We have tech conferences that rival the budget of the Academy Awards, but we never hear about these workers. Online labor platforms have done a few things. They have reconfigured what it means to be a worker, and how work is perceived and experienced. And in this reconfiguration, they have designed an unacceptable level of inequity.

Consider the fact that platforms like ride hailing app Uber or restaurant delivery apps like Foodora or Deliveroo don’t actually employ their drivers or delivery people. They are instead brought in as contractors. “So what?”, you say. You see, under most labor laws, independent contractors are not entitled to sick leave, to vacation, to workers’ compensation if they get injured, which are by law guaranteed to other types of employees. By classifying their workers as contractors, it also means that these companies do not pay into Social Security, pension, most taxes, or pay any benefits to their workers. This has allowed online labor platforms to free themselves from the traditional employee/employer relationship, and that has allowed them to introduce a massive power asymmetry in communications.

For the vast majority of these workers, their only contact with their employer is through an app. You sign up through an app, you interact with them through an app, you get paid through an app. All of this is fine until a worker does something, let’s say unsavory, that the employer does not like. They are immediately kicked off the platform with no recourse. They have no way to reach anybody, talk, clarify, renegotiate, and their work history is erased. So it’s almost like they never existed, doing the jobs that they did for many years at a time. These platforms also purposely don’t provide any way for these workers to connect with one another, so it is a very lonely existence as a worker.

Consider that an automated algorithm manager enables these platforms to know at all times where a worker is, literally, because you have bands that have a GPS monitor on you. They know exactly where you’re turning, where you’ve stopped, and if you are delivering exactly on the route that they prescribed to and not the shortcut that you knew. There’s a high level of surveillance, which nobody can convince me is not stressful as a worker. Consider also, that more and more of these platforms pay their workers for each piece of work done, and not by the hour, which seems really benign until you realize what I did last winter, when I saw Amazon delivery people slip constantly on icy sidewalks and stairs, leave their cars running in the middle of a snowy street because a number of deliveries were assigned to them. They had no time to park their cars safely or slow down.

In Amazon’s warehouses, there are reports of people urinating in jars because their shifts do not have breaks built into them, because of the goals that are assigned. And these goals, if you don’t complete them, not only are you docked pay, you’re also penalized. So you have to work your way up, it is gamified, and you get to a certain point where you have the privilege of being able to select the shift that you work, rather than being assigned a shift that you have to show up for.

Are you looking for an upside here? ‘Cause I am. But get this, when an algorithm guides your every step, there is no learning, there is no mastery, there is no getting better at the thing that you do, because it is literally telling you “Turn left, go to shelf AB, pick up this thing.” And what this does is called deskilling. It actually has an effect on people that makes it more difficult for them to function outside of their jobs and compute things. It’s like mental atrophy. If you think about what these workers experience, it’s a dangerous level of mental and physical stress in environments that are harsh and unforgiving.

To add final insult to all of this literal injury, these platforms are notoriously bad at paying people. When the math is done, about how much it costs to do this work, it is often way below minimum wage. So, if I’m doing the math right, this work is precarious, and it’s almost predatory in how it treats people as disposable bodies. Here I must remind you that I have worked in technology and I’m very passionate about the potential of what we can do with good tools. But I am left with this feeling where I have to ask “where do we go from here?” Because we have given permission for this to happen all around us.

I hope that you walk away from tonight thinking about two things. The first is that we have to remember that disruption is deeply, deeply political. Who gets to disrupt, who gets disrupted, and who gets handed the mess to clean up, are all political choices that are being made in our names. Companies behind the biggest online platforms have managed to squeeze billions of dollars from cities across the world in tax breaks and straight up payments to open up their warehouses and fulfillment centers. And they come in with this promise of jobs, jobs, jobs. It’s like political catnip for our elected officials, and we elect these people. So now that you know a little bit more about the workers who make up the majority of these jobs, I hope that you will stand up next time you hear that and ask “What kind of jobs?” And if they are not good jobs, I hope you will say “No deal.”

The second thing that I hope you will think about, is that we need class alliance and solidarity with workers organizing for decent work. Which means that we need to demand safe, well-paying, responsive, dignified work, for everybody. This means well paid folks need to be backing working class folks. That when we think about a typical tech worker, we are also imagining cafeteria workers, warehouse stocking people, domestic workers that also help us succeed in many ways.

And here I’m gonna share a little thing with you. This is for everybody, but especially folks who have the privilege of being born able-bodied, have white skin, are documented citizens, and have inherited even a little bit of generational wealth or security. We tend to overestimate the risk of speaking truth to power. And I say this because every day, in my direct messages, in my private inbox, I have these private frothy outrage messages where people are pissed, but I don’t see anything from them in the public realm, where these things matter. Jay Pitter is a city builder and placemaker and she says this thing that I’m trying to hold really close to myself as I learn about these things and try to human better. She says “There would be less personal sacrifice if there was more collective courage.”

My name is Saadia Muzaffar. I am the cofounder of Tech Reset of Canada and I hope that you will join me in reclaiming disruption, from this move fast and break things mythos, back to punching up and building things mission. Thank you.

Saadia Muzaffar is a tech entrepreneur, author, and passionate advocate of responsible innovation, decent work for everyone, and prosperity of immigrant talent in STEM. She is founder of TechGirls Canada and co-founder of Tech Reset Canada. 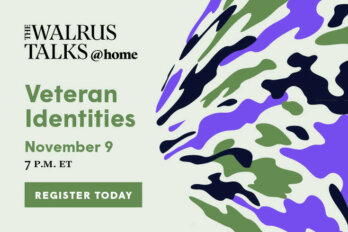 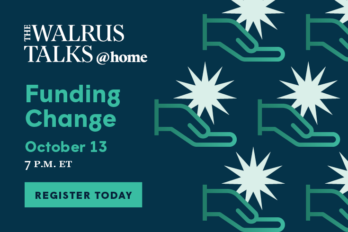 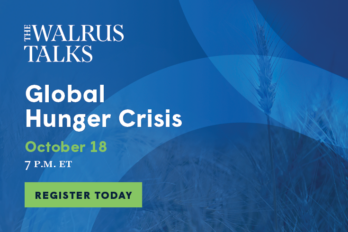