Did Shakespeare Write His Plays? | The Walrus
Skip to content 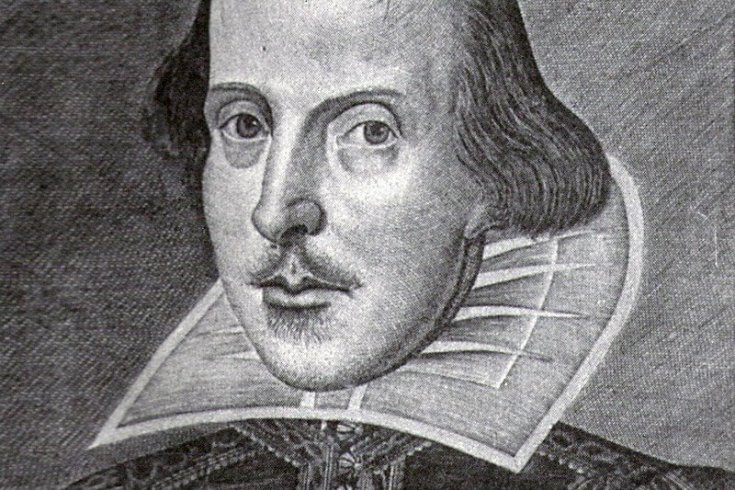 Nothing gets Shakespeare on the front page like an authorship controversy. Last week’s announcement that a new Oxford University Press edition of Shakespeare credits Christopher Marlowe as a collaborator on the three Henry VI plays spread rapidly through media channels, fueled by the titillating possibility that a long-disputed conspiracy theory had finally been validated: Marlowe didn’t really die in a bar fight in 1593, but lived in secret, churning out the plays that unwitting scholars have always attributed to the Bard of Avon. Almost immediately, the Wikipedia entry for “Marlovian theory of Shakespeare authorship” breathlessly claimed “Oxford University Press confirmed this theory as true.” (A few hours later, a more composed Wiki editor walked it back: “[OUP] has lent its support to this theory in part.”)

I’m an assistant editor of this new edition, and though I wasn’t responsible for the new attribution research, I can confirm that OUP did no such thing: the assertion that Marlowe was a collaborator with Shakespeare is by no means the same as Marlowe being Shakespeare. In fact, the opposite is true. The existing peer–reviewed research into authorial characteristics that support the New Oxford Shakespeare’s claims relies on the ways that statistical tests can distinguish between Shakespeare’s own unique voice and the equally distinctive voices of his contemporaries. As any dissertation advisor can testify, every writer has particular themes or linguistic tics that come naturally and appear repeatedly throughout a piece of writing. The most recognizable of these are phrasal habits—a tendency to begin sentences with “while”; a fondness for the word “bigly”—that can make identification seem relatively straightforward. Complicating matters is that such habits are easy to imitate, and early attribution studies had trouble distinguishing between Shakespeare imitating Marlowe’s language and Marlowe himself.

Seventeen of the forty-four plays in the New Oxford Shakespeare are identified as collaborative—an astonishing percentage.

That’s why new methods of attribution rely less on simple counts of such obvious forms of linguistic characterization and focus on subtle patterns in authorial traits that are latent, making them more difficult to consciously or unconsciously imitate. Attribution scholars study complex patterns in authors’ use of metrical pauses, distributions of verse and prose, function words like “of,” and the frequency of rare words (and the collocation of pairs of them)—and compare these patterns against known samples to test their utility in identifying the authors of suspicious passages. Modern stylometrics has moved from simple counts of particular linguistic features to the use of complex methods of multivariate statistical analysis and machine-learning algorithms more commonly used in the sciences.

Despite the order in which they appear in Shakespeare’s so-called First Folio of 1623, the first part of Henry VI was likely written last of the Henry VI plays, designed as a prequel to capitalize on the popularity of parts two and three. The only surviving text is characterized as an especially “disorganized” script requiring considerable editorial intervention to make it both readable and playable: character names vary, scenes are duplicated, plot elements are confused, act and scene divisions are misplaced. Even before the advent of modern attribution methods, the play’s general messiness resulted in 1 Henry VI long having been suspected as featuring the work of as many as four authors, each responsible for separate portions of the play. On the title page of 1 Henry VI that I edited for the New Oxford Shakespeare, Marlowe joins not only Shakespeare but also Thomas Nashe, the figure researchers generally agree is responsible for the play’s first act. Critics may think that such title page attribution is nothing more than window-dressing designed to promote controversy, but new developments in authorial attribution fundamentally change the approach editors take to a text.

Scholarly editors like the ones who produce new Shakespeare editions study original documents to investigate the ways that written texts can get copied and distorted over time in much the same way that a message gets garbled in a game of broken telephone. In Shakespeare’s case, these original documents are complicated, because aside from the few ‘Hand D’ pages in the extant manuscript of the collaborative play Sir Thomas More, none of Shakespeare’s manuscripts survive. The earliest authoritative texts we have of Shakespeare’s plays are those books printed during his lifetime or shortly thereafter in the First Folio—documents that have been mediated or changed by professional scribes, government censors, theatre prompters, printers’ compositors, or profit-seeking publishers, all figures with their own vested interest in altering a play script in particular ways. When a play like King Lear or Hamlet exists in multiple early printed forms, editors collate and account for the variations between them, ascribing particular changes to particular agents. Early printed books are also notoriously subject to error, and by removing the errors and alterations that crept into Shakespeare’s plays during their transmission, scholarly editors return the plays closer to their original state.

Shakespeare’s works have been edited so often that it is tempting to assume there is nothing new to discover within them, but this attitude misunderstands the nature of an editor’s work. Editions are works of applied scholarship, and they benefit from the continued accumulation of literary, linguistic, and historical knowledge. It may help to think of textual editors as similar to classical musicians; they take an artist’s composition (a symphony, a play, a concerto, a novel) and make it legible to a contemporary audience. Because every editor’s threshold for error and her methods of problem-solving are distinct, and because subsequent editions inevitably build upon each other, each edition is also slightly different from every other, just as every musician’s rendition of Bach’s Cello Suites is slightly different—a reduced emphasis or attention to authorship details here, a little more gusto or consideration of original performance practice there. Every new edition offers an opportunity to incorporate new research and new technologies, enabling old problems to be resolved in fresh ways.

The errors in an early printed text are sometimes obvious because the words themselves are so garbled as to be nonsensical, and in these cases editors use their forensic knowledge of Renaissance handwriting or print shop procedure to make educated guesses about how a scribe or typesetter might have been led astray. For example, in the 1623 text of 1 Henry VI, the English hero Talbot calls the female French champion “Ioane of Acre” (2.2.20), a clearly discernable error that that editors since the eighteenth century have usually modernized and corrected to the more familiar “Joan of Arc” (despite that being a name that the historical figure never used). But elsewhere in 1 Henry VI the character isn’t called Joan of Arc but Joan “of Aire” (5.7.49), a name that also appears in the play’s historical sources. In the secretary hand used by Renaissance authors, a lower-case ir appears similar to a lower-case c, and the First Folio compositor likely created the “Acre” error through a simple misreading, a mistake that mars Talbot’s suggestive pun on Joan’s flighty and insubstantial military might.

But while “Joan of Acre” makes little sense, some of the alterations that occur in a text during the process of its transmission are semantically or syntactically plausible, which makes them more difficult to uncover. In these moments, an author’s usage elsewhere helps an editor to identify that a particular word or phrase is suspicious, and it’s here that it is critical that an editor knows whether a passage is or isn’t written by Shakespeare. As Charles the Dauphin gloats at the French army’s ability to maintain the city of Orléans, he notes that his English enemies are seriously debilitated: “Otherwhiles the famished English, like pale ghosts, / Faintly besiege us one hour in a month” (1.2.7–8). “Otherwhiles” doesn’t appear in other Shakespeare plays, and for over two hundred years editors traditionally emended the first word to “The whiles” on the basis of a similar usage in The Taming of the Shrew. But this part of the play was written not by Shakespeare but by Nashe, who used “otherwhile” in several of his early works. As scholars came around to the idea that Nashe had a hand in the play, the popularity of substituting “The whiles” gradually faded from editions, and Shakespeare’s domination over his relatively unknown contemporaries was lessened, bit by bit. By making the kinds of changes that recognize the multiplicity behind original texts, editions like the New Oxford Shakespeare put Shakespeare back into the context of his age, a time when collaboration between playwrights could account for up to sixty percent of one company’s annual productions.

Statistics like the one above are highly specific, and are possible only because we have a theatre producer’s business diary that lists group payments to authors, one of the few kinds of ‘smoking-gun’ evidence for collaboration that even scorners find hard to ignore. Theatrical materials such as these are rare—much to the dismay of literary historians, we don’t have much in the way of playhouse data for The Lord Chamberlain’s/King’s Men, Shakespeare’s primary company—and this leaves forensic attribution scholars searching for evidence of collaborative authorship within the historical artifacts in question: the plays themselves. Such work doesn’t provide smoking guns and certainties, but it does offer likelihoods and probabilities that a certain author had a hand in a play. Attribution study also works negatively, by considering and discounting candidates. This evidence is made ever stronger by reproducibility; when similar results are found amongst independent investigative methods, editorial projects are able to assert with greater certainty that Marlowe, Nashe, or another author had a hand in a play somewhere before it was printed.

Seventeen of the forty-four plays in the New Oxford Shakespeare are identified as collaborative, an astonishing percentage—but only for those who aren’t aware that Renaissance playwrights regularly worked together. And though these numbers may initially seem surprising, attribution research has a way of trickling down into general acceptance. Even the Stratford Festival is advertising its 2017 production of Timon of Athens as the work of Shakespeare and Thomas Middleton, and featuring another Jacobean collaboration, The Changeling, which was the work of Middleton and William Rowley. Performances don’t have to pay attention to these kinds of developments in attribution scholarship, but a blind faith in Shakespeare’s exclusive authorship of all the plays in the Folio can lead to some peculiar editorial intrusions. One mid-twentieth-century editor of 1 Henry VI was so adamant that the play was written entirely by Shakespeare that he was forced to hypothesize a uniquely erratic and incompetent scribe in order to account for the play’s many errors and inconsistencies, requiring an extraordinary amount of editorial intervention in order to remedy its complications. But as Occam’s razor attests, such difficulties can be much more simply explained by a play’s collaborative origins.