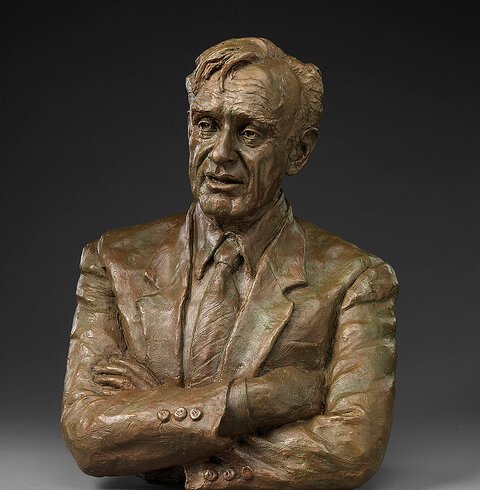 I only saw Elie Wiesel in person once. He spoke at McGill University, when I was there doing graduate studies in literature.

As I recall, it was the fall of 1964, but could have been 1965. I don’t remember his exact text, but Wiesel only had one theme, and I am sure he didn’t tell us anything he had not told many other audiences. But it was only partially the desire to hear Wiesel’s message that had filled the hall. It was the messenger we were curious to see, his aura to experience.

I had by coincidence just finished reading a novel by André Scwartz-Bart, The Last of the Just, a bestseller in 1959, following fairly closely on the dramatic overture of Holocaust-themed literature by Wiesel’s Night in 1955.

Both books spoke to a burgeoning hunger to comprehend the Holocaust after the prolonged, anorexic silence that had followed it. (Throughout the 1950s, even such famed Jewish New York intellectuals as Norman Podhoretz, Alfred Kazin, Paul Goodman, Irving howe, Leslie Fiedler, and others did not write, except glancingly, about the Holocaust. It was too dazzling a light; the pupil of their intellectual eyes contracted.)

Wiesel’s memoir grappled with the reality of the pure evil he had witnessed, and his struggle to maintain his faith in humanity. Schwartz-Bart, a Polish Jew whose family had been murdered by the Nazis, chose fiction and an old Jewish legend to channel his bottomless sorrow.

According to this legend—that of the thirty-six lamed vov tzadikkim—there are at all times in the world thirty-six just and righteous men, the best among us, on whose shoulders hope for humanity depends. Schwartz-Bart explained their purpose in his novel, in which he traces a family of lamed-vovs through eight centuries, ending with the death of the last in Auschwitz: “if just one of the were lacking, the sufferings of mankind would poison even the souls of the newborn, and humanity would suffocate with a single cry. For the Lamed-Vov are the hearts of the world multiplied, and into them, as into one receptacle, pour all our griefs.”

One Book-of-the-Month Club judge said of The Last of the Just, it was “the saddest novel I have ever read, almost as sad as history.” Yes, that was my feeling, too, and it set my mood perfectly for an encounter with Elie Wiesel, the man I, and many other Jews, perceived as a Lamed Vov for our era.

That was indeed how Wiesel appeared to me: humble, righteous, luminous with memory, a man consumed by sorrow, but quietly, involuntarily afire with his received mission: to teach us to remember without falling into despair, to fully acknowledge the depth of human depravity without losing sight of the goodness, the justice and the love of which we are all capable.

I am not imagining the spreading glow in that room, as though we were dry tinder and every word a tiny spark. I remember where I sat. I remember my heart quickening under the spell of those haunted dark eyes and sweetly propulsive exhortations. It was a defining moment in my life.

I had gone through a religious phase that lasted several years in my late adolescence. Although cognitively educated about the Holocaust, I had been numbed by its preposterousness and had not fully internalized it. My eyes were open, but not my heart.

Wiesel forced me to come to terms with how I was going to live as a Jew who had once believed there was a God who loved his people, Israel. My impulse, when the enormity of the Holocaust fully penetrated, had been to abandon God altogether, as He had abandoned His people.

After I encountered Wiesel, I decided that I would also retain my faith in the destiny of the Jewish people, and lend whatever skills I had to supporting Israel’s fight for survival. As for God, I would not exactly abandon Him, but I would no longer be on speaking terms with Him. (This is a concept that my Christian friends find difficult to understand.)

It is a commonplace on these occasions to say things like “we will not see his like again,” when in fact we see “his like” again and again. But this is one occasion for which the platitude is truly apt. There are few living witnesses to the Holocaust left who were old enough to understand what they were seeing. Of them there were only a precious few who had the sensibility and the eloquence to convey what they witnessed in a memorable and consequential way.