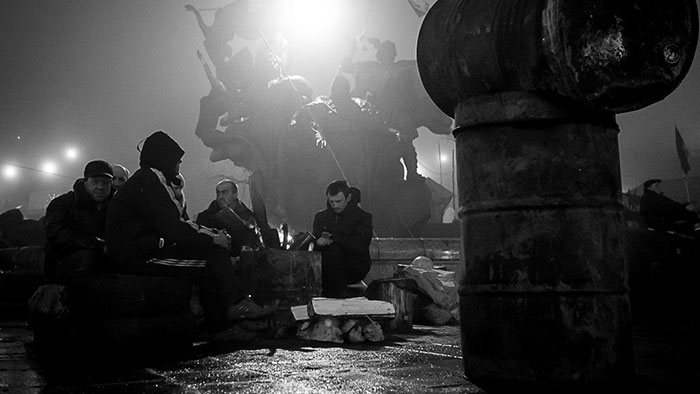 At the end of May, Ukraine elected a new president, “the chocolate king” Petro Poroshenko. But no one should be surprised that the election—hailed as democratic by Canadian and other Western observers—has failed to resolve the country’s deep crisis. Almost 20 percent of Ukraine’s electorate were unable to vote due to the government’s loss of control over Crimea and the Donbas region of Eastern Ukraine. Indeed, the Donbas—which includes Donetsk and Luhansk provinces—has descended into chaos. Even Rinat Akhmetov, Ukraine’s richest man and previous backer of disgraced former president Viktor Yanukovych, has fled his home in Donetsk. Efforts to resuscitate the previous Faustian pact holding the country together that I identified in “Putin’s Move,” my article in the current issue of The Walrus, have failed.

At first glance, this failure is surprising since the current crisis threatens the interests of so many oligarchs in the East who benefitted from a united and peaceful Ukraine. A closer look suggests that three factors feed the emerging civil war, and make any quick resolution unlikely:

First, while there is relatively little public support for the separatists in Donbas, there is also incredible distrust of the government in Kyiv. The dilemma for the fledgling administration is that in order to defeat the insurgents it must respond militarily—action that is likely to further alienate the East. Worse, the separatists are concentrated in cities, which means a large number of civilian deaths. Over 200 are reported to have died in Donbas since the start of Kyiv’s anti-terrorist operations.

Second, while many high-ranking members of the old regime, including Akhmetov, are opposed to the insurgency, others—most notably those tied to the Yanukovych family—appear to view the current unrest as their route back to power. It is widely believed that the former president and his associates are
providing financial support for the rebels. There have also been reports that local police units recently controlled by Yanukovych are supporting the insurgency.

Third, and most critically, the rebels appear to be receiving essential support from Russia across the highly porous border. Kyiv would have little trouble defeating the small and undisciplined insurgents by themselves, but they are increasingly well armed. NATO has reported unmarked Russian tanks in the region, and on June 14 separatists used Russian equipment to shoot down a Ukrainian military transport. Forty-nine people were killed.

The threat of EU sanctions makes a full-scale invasion by Russia unlikely, but it is easy for the Kremlin to keep the anti-Ukrainian insurgency going indefinitely. Putin may not have much direct control over the insurgents, but he does not need it to get what he wants: a Ukraine infected by chaos and disorder, and an ever-deeper division between West and East.

Ukraine will never win this conflict militarily. The new president needs to find some way of negotiating and regaining trust lost during the revolution. This won’t be easy but it is the only way to avoid further descent into civil war.

Lucan Way is a ­political science professor at the ­University of ­Toronto. His second book, Pluralism by Default: Weak Autocrats and the Rise of ­Competitive Politics, is forthcoming.