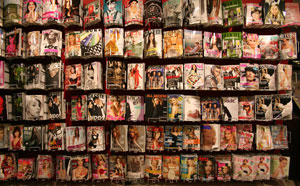 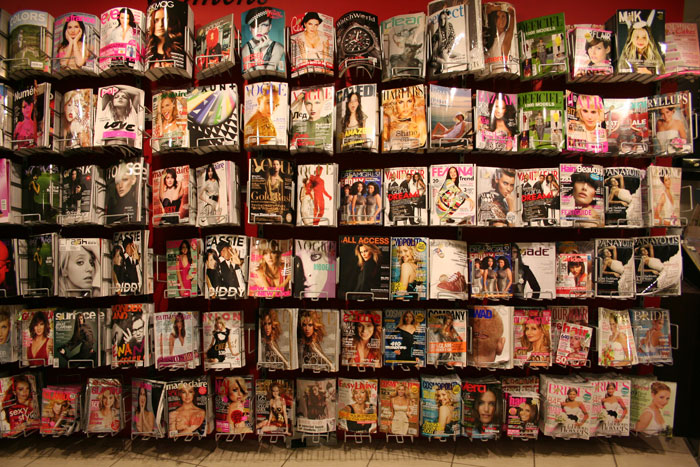 In the first three paragraphs of Thomas B. Morgan’s 1960 Look profile of Brigitte Bardot, the writer refers to the actor’s “magpie hairdo,” her “girl-woman earthiness,” her rich father, her promiscuity (his inference, not hers), and her refusal to embrace a traditional motherhood role. He calls her “the sassy kitten,” puts her in a category alongside French wine and small cars, and resents her for being so wildly popular. One rather important detail is missing from this heap of vitriol: her name.

Fifty-three years later, in an Esquire profile of Megan Fox, Stephen Marche (a Walrus contributor who once wrote a piece—for Esquire—about “the rise of men and the whining of girls“) calls the actor “a screen saver on a teenage boy’s laptop, a middle-aged lawyer’s shower fantasy,” and “a sexual prop used to sell movies and jeans.”

The garish similarities between Look’s 1960 piece and Esquire’s 2013 profile reveal a disheartening lack of progress in between. Male writers have had decades to remedy themselves, but still write jejunely about women, accentuating one isolated, exploitable trait (attractive, rebellious, sweet, rude, slutty, rich) for the sake of producing more easily understood subject matter. Until they learn (or at least try to learn) how to write about female subjects in a way that does not purposefully weave paternalistic generalizations into every paragraph, I propose a moratorium on this stagnant approach to literary writing. Let’s allow women to write about women for a little while. Maybe then we can swap the prevalent illusions of femininity for realistic portraits of women as complex human characters.

I’m not saying that women are better writers than men, and I’m not saying all men lack the will to rise above stereotypes in their work (do you hear that, comment section?). I’m saying that something needs to change in the way literary profiles are written and the way the lives within them are handled, and that this would be a good step toward smoothing out what is currently an unbalanced gender structure in literary journalism. Too often, the privileged male writers whose bylines dominate the publications we read fail to write about women in a way that doesn’t simplify female existences into condescending phrases like “sassy kitten” and “bombshell.”

The status quo results in pieces such as Chuck Klosterman’s “The Pitfalls of Indie Fame” (Grantland), which mercurially identifies musician Merrill Garbus as “a somewhat androgynous American woman,” and Tom Junod’s “The State of the Female Singer” (Esquire), which describes Lana Del Rey’s lips in fanatical detail, and relegates Florence and the Machine’s 2011 album, Ceremonials,to “something our wives can pick up… at Starbucks while waiting for Adele to get out of the hospital.” The latter goes on to shame Lady Gaga, Rihanna, Ke$ha, and Beyoncé for adopting stage personas—as if Kanye West and Justin Bieber don’t lay it on thick.

But one can only place so much blame on Klosterman, Junod, and now Marche. They are following a standardized formula that editors have long approved of. Esquire’s 1962 “The American Woman” issue, for example, features a profile of singer Brenda Lee written by Sarel Eimerl (a male). An excerpt: “She has achieved her present eminence largely by projecting a persona which is about as sexy as a polyp.” Later, Eimerl makes a point of contrasting Lee’s stage persona with the gentler demure she exudes when not in the spotlight. Girls can be catty or polite, but never both.

That was half a century ago. What’s changed since then? It remains practically impossible for women to be profiled without being subjected to the male gaze, although the gaze is not necessarily the problem. The real trouble happens when the writer goes away to record his judgments, then paraphrases and assumes and generalizes and simplifies and projects. Morgan cannot understand Bardot (or doesn’t want to), so he calls her a sassy kitten with an attitude problem. Del Rey—a confident, attractive female who is subservient in her lyrics—is confusing, so she’s labeled a brat. It’s easier than trying to unpack that she is a strong but weak, rude but sweet, seemingly innocent provocateur who usurps power and sexual prowess over males by relinquishing it to them, thereby laughing all the way to the bank as music writers ponder how on earth a pretty little songstress got so hard to explain.

In a uniquely thorough deconstruction of Del Rey in Spin, Jessica Hopper quotes Rookie editor Tavi Gevinson, who says that Del Rey “has many different qualities that women in our culture aren’t allowed to be, all at once, so people are trying to find the inauthentic one.” This is typical. When a woman embodies a persona, we see words like “disingenuous” and “fake.” When a man does the same, we get “Jack White Is the Coolest, Weirdest, Savviest Rock Star of Our Time“—the actual subtitle of last year’s New York Times Magazine profile of Jack White by Josh Eells. The article is richly well rounded. Jack White probably is the coolest, weirdest, savviest rock star of our time, but he’s also obsessively controlling and highly neurotic. Eells manages a holistic profile of White without ever calling him a skinnier version of someone else (as Jacob Brown did in a T magazine comparison of Del Rey and Adele) or reducing the polarity of his personality to fakeness or a mood swing. White’s physical appearance is mentioned in the third paragraph, not the first, and that description is limited. What’s so hard about that?

Last year, celebrated music journalist Maura Johnston came up with four suggestions for those struggling to not write misogynistically: do not assign descriptive words based on a subject’s gender, do not “make shit up about an artist in order to sexualize her,” do not exclusively compare female artists to other female artists, and do not mistake a subject’s politeness for flirtation, then write about it extensively. Klosterman, Brown, Morgan, Junod, Eimerl, and, most recently, Marche each employed several of these troubling tropes when writing about women. Hopper used none.

“It really is shocking to me that there are still writers out there, and more importantly, editors out there, who treat women artists of all kinds like they’re zoo animals,” says Johnston, over the phone. “These are magazines that are supposed to represent the best in journalism, but they’re just as sexist and gross as Maxim. That’s a big problem.” Johnston agrees that assigning more profiles of female celebrities to writers who are women “would be a good chance for female writers to show their chops.” She also points out that GQ’s recent Beyoncé cover story was written by Amy Wallace.

When men (again, not all men) write about men, they glorify. When they write about women, they minimize. When women (again, not all women) write about women, they empathize, identify, and render thorough conclusions, even if those conclusions are brutally critical, such as Lynn Hirschberg’s infamous 2010 profile of M.I.A. in New York Times Magazine. The writer may have disliked her subject, but she used 9,000 words to meticulously explain why.

In a 2011 Forbes article entitled “Women Write Differently Than Men (Duh),” Susannah Breslin writes that she was simultaneously more compassionate and more ruthless when she wrote about the pornography business, because she could identify with women in a way that men could not. “The fantasy and the sex didn’t interest me,” she recalls. “I was looking for the ordinary in the extraordinary, the mundane in the hardcore, the human beings in the sausage factory.”

The fantasy, the sex, the extraordinary, the hardcore, and the sausage factory are the places male writers can’t seem to climb out of. They linger there like losers at last call, sipping away at warm pints while the barmaid rolls her eyes. Consider “She’s got Bardot’s eyes and Daffy Duck’s lips. But Lana Del Ray disturbs me“—the title of a Guardian piece by Sam Leith that does precisely what Breslin criticizes. The writer can’t determine what about the singer irks him, so he compares one part of her face to the face of another famous female, makes fun of her lips (surely a British music critic has heard of Mick Jagger?), and cites an unexplained, irrational distaste. Del Rey could be the Prettiest, Weirdest, Media-Savviest, Most Derisive Pop Star of the Internet, but Leith doesn’t call her any of that. Instead he opts for “regressive adolescent fantasy.”

In a 2012 Vanity Fair profile, Lisa Robinson reveals Lady Gaga’s affinity for Dunkin’ Donuts. Lady Gaga is very rich, but Robinson does not call her flippant or fake because she likes cheap pastry. She presents the good, the bad, the genuine, and the hypocritical, without judging the singer for any of it. The result is a pretty fair shake. Also last year, Margaret Talbot’s New Yorker piece about Portlandia began by discussing riot grrrl-cum-actor Carrie Brownstein’s work (as well as co-star Fred Armisen’s), not her lips or her nose or what she happened to be wearing when the writer met her. Her appearance is not mentioned until the article’s third page. When it is, she is compared to Iggy Pop and Joey Ramone. In bringing up Brownstein’s personal life, Talbot simply writes that the singer “has dated both men and women.” Just like Breslin writing on the pornography business, Talbot doesn’t get stuck in the sex part of writing about her subject’s sexuality.

Women are usually better than men at writing about women, because women have felt the distinct stab in the soul that happens when their gender is pulverized through oppressive language. It is time to let women write about their own gender and contribute to the recording of their own literary history. In writing poorly, male writers tacitly admit that women can do a better job.