Beyond a Reasonable Doubt: Part 3 | The Walrus
Skip to content 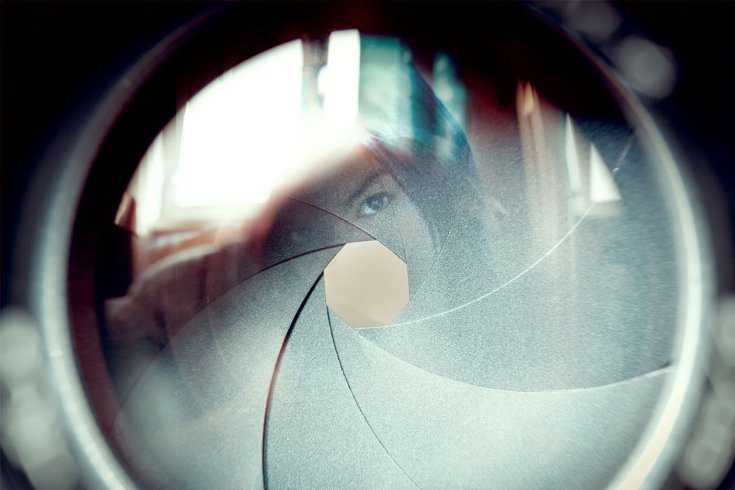 Part 1: She says he raped her. He says he never touched her. At least one of them is lying
Part 2: “I was stupid, I was young, I was ignorant, and that’s all I admit”

I first meet Li Peng on July 2, 2015 in the almost-empty halls of Toronto’s superior courthouse where he is chatting to the trial interpreter. I’m there to pick up documents related to another case and, as is my habit, I scan the dockets to see if anything interesting is going on. When I spot a sexual assault trial, I decide to check it out. I introduce myself to Li and the interpreter and ask if they know anything about the trial that’s underway. Li says the case is not very interesting and is about to wrap up. Later, when it becomes apparent that I plan on attending the closing arguments of his two-day trial, he admits rather sheepishly that he is the defendant.

Inside the courtroom, Li takes his place in the witness box where he still had a few more questions to go in his cross-examination. He is wearing a tight-fitting, deep blue pinstriped suit with a light blue tie and maroon pocket handkerchief. Had I arrived earlier I would have heard the prosecutor Daniel Brandes grill him on the suit’s provenance (custom made in Hong Kong) and its cost (several hundred dollars.) All this I will later discover when I listen to the complete audio recordings of the trial.

Li did not have to take the stand; the accused never does. He has the right not to incriminate himself. Think back to the infamous Jian Ghomeshi case where the defendant did not testify. He was acquitted because the three complainants were not forthcoming, creating doubt about their motivations and accounts of what happened. In this case, however, Li’s lawyer Lisa White was not able to discredit Cecilia in the manner that Marie Henein did with the complainants at Ghomeshi’s trial.

Putting Li on the stand was a strategic choice to create as much reasonable doubt as possible. From what I see, very briefly, and later hear, in full, of Li’s testimony, he is a strong witness who does not get flustered despite the aggressive cross examination by the crown. In fact, Brandes does to Li many of the things defence lawyers are often criticized for doing to sexual assault victims. Along with grilling Li about his taste in clothes, Brandes also calls on him to explain how he came to own five properties. Li says that income from each one helped pay for the next. He’s cagey, however, about admitting that his parents sent him the down payment for his first home.

At one point, Brandes shows Li a picture of a young woman who he believes to be his girlfriend. The implication seems to be that she’s nowhere near as attractive as Cecilia, who’s way out of Li’s league, but that line of questioning gets derailed when Li says, no, it’s not his girlfriend.

In her brief closing arguments, White portrays Cecilia, who is not in the courtroom, as sly and manipulative, not to be trusted. “The complainant’s testimony was full of inconsistencies and self-serving statements, and is not worthy of belief.” She points out that Cecilia was often quick to answer in English, but at other times there were long pauses during which she used the interpreter as a way to buy time and formulate her answers. White reminds the court that Cecilia wrote her email to police in English, and is a graduate of a Canadian university.

White says Cecilia was impressed with Li, his antiques, his designer Hermes belt, and his five homes. She finds it strange that the witness can remember all these details yet be so vague about the sexual assault itself. White further contends there is no explanation for Cecilia going to sit on Li’s bed or for the fact that neither of them sustained injuries when she said there had been a prolonged struggle.

“As for the Crown trying to portray Cecilia basically as a helpless young girl and my client as a predator, she was an adult,” White says. “She went willingly to his condo to do a photo shoot. She agreed to wear what he gave her based on the style of photo she had selected.”

White says Cecilia sent the anonymous email not because she had been raped but so she would have something to show if anyone asked where she had been. She does not believe Cecilia’s claim to have texted Li the next day—telling him off and corroborating her story. If such texts existed, White says, Cecilia could have sent them anonymously to police, but instead she did nothing. “My client’s testimony is worthy of belief,” she concludes. “It is honest, sincere, forthright. At the very least it’s capable of raising reasonable doubt.”

As Brandes begins his closing arguments, he tells the judge, “The Crown’s submissions are in a way a mirror image of the defence’s. Based on the evidence at this trial you should be left in no doubt that the accused assaulted Cecilia.”

He says the defence theory that Cecilia was rejected and, as a result, has Li charged with sexual assault in an attempt to ruin his life makes no sense, especially given the one-year time lag. “That’s an incredibly strange, ineffective way—a very untimely way—for a person to exact that kind of revenge,” he says. If this were truly the motive, Brandes continues, she would “have taken action in the heat of the moment when she was full of passion and anger.” Instead she returned to her uncle’s and did nothing more than send an email to Toronto police.

“In terms of material fact,” Brandes says, “[her story] has been completely unchanged from the moment she wrote it until the day that she finished testifying here at this trial. She has never wavered.”

He says the small inconsistencies show that her testimony was not strategized or planned. He rejects White’s arguments that Cecilia used the interpreter to stall for time. “There’s nothing nefarious about her remembering a detail about a Hermes belt” and then being unclear on the exact sequence of the sexual assault, he says. “Human memory is a strange thing.” He adds that lawyers make this point all the time.

The prosecutor characterizes Li as “a thirty-three-year-old man, who put himself out there as basically a fashion photographer for young women. Anyone who was on that open chat platform, on Momo, who was in his vicinity, would have been on his radar. He’d be able to see who was around and what they looked like . . . . Those are hallmarks of a person going out of his way to meet young attractive women and to sleep with them.”

Brandes describes Li as a narcissist whose story about the night in question has been concocted. “And I would submit to your honour, that for a person that thinks so highly of themselves, is as self-absorbed as Mr. Li, it would be very difficult to deal with that kind of rejection.”

He urges the court to reject Li’s evidence outright. “You should be left with no doubt that this young woman naively, unfortunately, made that appointment with him, did her best to keep it, and ended up, as a result, getting sexually assaulted.”

When asked by Brandes if he has any questions, Justice Robert Goldstein, who’s said very little throughout the trial, replies, “To some degree your theory is that I shouldn’t believe him because he’s creepy. And he may be creepy or not creepy, I don’t know, I mean that’s not a reason not to believe him.”

White asks and is permitted to make some brief comments before court is adjourned and the verdict scheduled for the following week. “Is the fact that he rejected her so out of the realm of possibility? He had a girlfriend . . . . Is that so crazy? I mean I hate to think a man has never rejected a woman before.”

“We probably shouldn’t get into that today here,” says the judge.

Later that afternoon, I Google the Li case, which had escaped my attention when it was first reported in 2013. “Self-styled Toronto ‘fashion photographer’ charged with sexual assault,” blares a typical headline. Li says there were some 200 links to the news item which was widely shared on social media. He was devastated and wanted to hide, not talk to anyone

Police are asking other possible victims to come forward, say the articles. I phone the police to ask if anyone ever did. No, they say—nobody else came forward.

In fact, after that initial burst of media attention two years earlier, the Li case pretty much disappeared from view. All things considered, Li had recovered reasonably well. Although he had lost his job, as a result of the charges against him, he had managed to find himself another position, based in Hong Kong. I noticed that he sometimes used a slightly modified spelling of his first name so than when you Googled him under that version of his name there was no mention of the sexual assault charges.

It helped as well that Li was a chameleon. The shaggy haired guy in his mugshot bore almost no resemblance to the man I’d seen in court. For that matter, I couldn’t even be sure it was the same Li who was featured in a 2014 article about a swanky Yorkville condo—until I blew the photo up and recognized his Hermes belt.

Although Li had been polite to me, I could tell he wasn’t thrilled to have a journalist show up at the mostly deserted courthouse after the story of his arrest had disappeared from the media. If he were acquitted, Li would be in a position to put this whole mess behind him and move on. When you’re accused of sexual assault there’s no such thing as good publicity.

Part 4: The verdict arrives. And so does Marie Henein, best known for representing Jian Ghomeshi