The first Mohawk ironworkers learned to balance on steel beams high above the St. Lawrence River in the late 1880s, when men from the Kahnawake reserve near Montreal were contracted to build a Canadian Pacific Railway bridge over the Lachine Rapids. Generations of “sky walkers” from Kahnawake and Akwesasne (a reserve that straddles Quebec, Ontario, and New York State) have since travelled to New York City to raise iconic structures such as the Empire State Building and Rockefeller Center. (Native people can cross the US–Canadian border without visas or even passports and work on either side.) In the 1940s, the North Gowanus neighbourhood of Brooklyn was nicknamed “Little Caughnawaga,” and its Presbyterian church conducted services in Mohawk. Today, commuting makes for a split existence as ironworkers shuttle between the city and the reservation: weeks of cramped apartments, physical labour, fast food, and roommates, alternating with weekends of spacious homes, child rearing, home cooking, and marriage. This oral history was constructed from weeknight conversations at two Irish bars, Kelly’s and Killarney’s, unofficial clubhouses for the Mohawk ironworkers who share apartments with their brothers, uncles, and cousins in Brooklyn’s Bay Ridge area.

“Slim” Marquis: We all get nicknames. When I talk to him on the job, I call him Lapin.

Cory “Lapin” Marquis: Only the older guys, like my brother Pete’s age, call me that. Until some of the guys I work with, they hear it and they start calling me that.

Adenharis’hon “Old Man” Jacobs-Lahache: When I was one or two years old, I was at my great-grandmother’s funeral, and the elders said, “Hey, look at that little old man over there.” And it stuck. 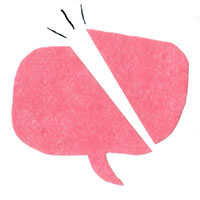 By the 1970s, the number of Mohawk speakers in Canada had been declining for decades. When René Lévesque and the Parti Québécois government passed Bill 101 in 1977 and famously proclaimed French as Quebec’s official language, the reaction in Kahnawake, on Montreal’s South Shore, was as creative as it was indignant. To bolster existing efforts and to fight the threat posed by the new law, they did as the anglophones did: they developed a Mohawk immersion program for young children, similar to the French ones elsewhere in the province. By 1990, Kahnawake had reversed the trend; most children and teenagers could now speak Mohawk, while their parents, members of the lost generation created by the residential school system, could not. “It is not uncommon in Kahnawake,” writes one scholar, “to hear people conversing with their grandchildren in Mohawk, then switching to English to speak to their own children.”

Peter Marquis: Do I like it here? In a way. It’s not like being home, you know. We go home every weekend, after Friday night work. It’s a long drive, but you get used to it. Look at the geese, they travel north and south to their destination every year, but we do that every week. When you see bees going to get nectar, how far they have to travel. Even the salmon do what they have to do. It’s the same way of life we follow.

Kaniehtakeron “Geggs” Martin: I first came down here fifteen years ago. I was twenty.

Peter: My father did this, my grandfather. I been doing this adventure for thirty years plus.

Adam: Four generations on both sides of my family.

Geggs: Over the past hundred years, all the men from Kahnawake at some time or another have ironworked in New York. I’d say at any given time there’s close to a hundred guys here.

Lapin: I don’t mean to be, whatever, but… it ain’t a place for a woman to work. It’s traditionally a man’s job.

Peter: My friend over here, Adam Cross, he put up a few pieces of steel on the biggest building in New York, the Freedom Tower.

Adam: Taller than the Empire State Building, 1,271 feet was the column we set. I guess it’s exciting. It’s different. To be part of something big. Part of history.

Erin: I always liked hearing my father’s stories. He’d tell us about climbing up a bridge and seeing everything. He brought me up on the top of a couple of his jobs before—climbed the ladder, got to see the whole city from the best view in the house. One was the W Hotel. You know the square thing on top, the W sign? I was on top of that. I was fifteen. After that, it was always an option I considered.

Lapin: I got burned on 4 World Trade Center. Third-degree burns on my arm. When they had to clean the dead skin off in the hospital—I was in the hospital eight days—that’s what hurt it more, trying to scrape off the old skin.

Old Man: I had my share of injuries. I lost a good chunk of my thumb. I had my hand on the shakeout hook, and I got pinched between the cables. Just about everyone in the gang laughed at first.

Geggs: Tip of his thumb was in his glove. It was a brand new pair.

Old Man: I yelled at him, “Don’t cut my glove! Don’t you fucking cut my glove!” When he gave me the piece of my thumb, I took it and threw it away.

Geggs: Right over your back.

Old Man: I was mad. It looked like a chewed-up piece of hot dog. It wasn’t worth saving.

Geggs: They probably could’ve saved it.

Old Man: Don’t listen to him. Builds character [they laugh].

Adam: I don’t really go all extravagant cooking for myself, but I do what I can. I like to bring stuff from home to New York, like gravy, canned gravy. They don’t sell gravy here in a can in the same way.

Geggs: I’m vegetarian here, but when I go home I’m not. I gotta eat what she cooks. I figure if I start now, whenever I do get cancer it’ll be lesser than what I would be getting [laughs]. I did some renovation as an apprentice, worked around some asbestos pipes, bumping into them, setting these beams into shafts. Shouldn’ta did that.

Old Man: My family came down with me once, and my wife told me, “Never again.” She saw the traffic, the headaches, how it took so long to get anywhere—then she saw my apartment. Before then, she thought I was living in the lap of luxury.

Adam: I got four kids at home—eleven, eight, three, and one. Miss them all the time. If I work two or three weekends straight and I go home, seems like they look taller. The baby’s talking more.

Old Man: I just wipe my hands clean of New York when I go home.

Adam: By the time you walk in, they all attack you at the door. They’re stuck to you all weekend long. You’re playing with them, yelling at them. You got to do your punishing and your joking all in a fast period.

Erin: My father was home every two, three weeks. He’s been everywhere. He has these trunks he carries around with all his things in. They’re covered in stickers from everywhere he’s been.

Adam: The school back at home—my little three-year-old is in there. All since January, they been teaching them about ironworking, how ironwork is a tradition in Kahnawake. Teaching them the legacy, that our town was built on it. We were giving them old wrenches that were my grandfather’s for them to use. Today was the last day, and they had, like a museum for everyone to go in. My wife called to say they had pictures of me and my cousin up there making that column.

Old Man: I got pride.

Lapin: It’s just in my blood, that’s it.