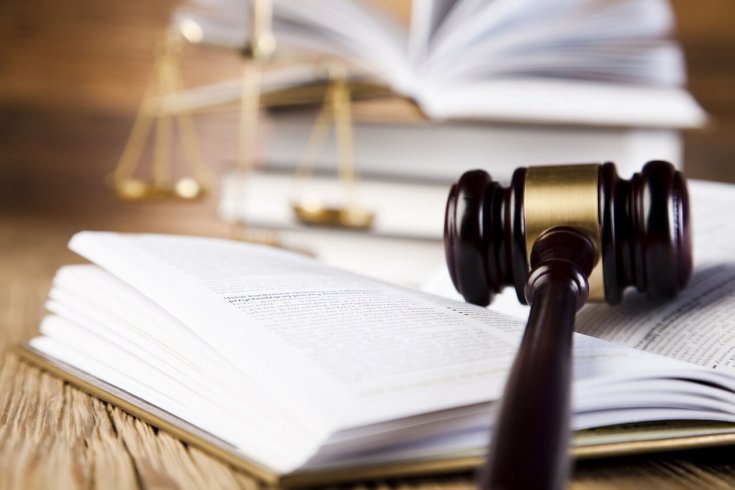 Robin Camp, the federal court judge who recently resigned, seemed to be heading places. After immigrating to Canada from South Africa in 1998, he’d had a successful career as a litigator and lecturer at the University of Calgary law faculty before being appointed to Alberta’s provincial court in 2012, and elevated to the federal court in 2015.

It’s anyone’s guess where he might have gone from there had a fateful sexual assault trial not landed on his docket in 2014. On trial was a Calgary man accused of sexually assaulting a woman in a bathroom at a house party. The case turned on whether the complainant’s sexual activity with the accused, Alex Wagar, was consensual, or, if not, whether Wagar had honestly but mistakenly believed she had consented.

Following a three-day trial, Camp acquitted Wagar. As his comments throughout the hearing revealed, Camp’s thinking was informed by stereotypes and myths about sexual assault victims—stereotypes and myths that Canada’s courts have clearly said are forbidden in judicial reasoning.

Among other legal errors, Camp harboured serious misunderstandings about consent: what can be considered in determining whether the complainant gave it, and what an accused must show to establish he thought he’d obtained it. Camp suggested that the complainant was more likely to have consented because she “abused the first opportunity to report”; she “foolishly” took her chances by not reacting when Wagar came in and locked the bathroom door (“If she sees the door being locked, she’s not a complete idiot, she knows what’s coming next”); or noting that if she’d been truly “frightened, you’d think she’d . . . shout.”

While these legal mistakes were serious, they were not what led to the Canadian Judicial Council (CJC) recommending, last week, that Camp be removed from the judiciary. Rather, the errors that made Camp’s conduct inexcusable were of a more contextual nature—revealed less by his most incendiary legal questions than by the totality of his disrespectful commentary. It’s rare that words seem worse in context than outside of it, but such was the case here.

While our society tends to put judges on a pedestal, they are not actually held to a standard of perfection. There is good reason for this. For one, judges are human and prone to err like the rest of us. As University of Calgary law professor Alice Woolley has written: “Making a mistake when applying the law does not make a judgment wrongful, even in a serious criminal case. Judges make mistakes all the time and that they do is an understandable product of their humanity.”

Second, our justice system is structured to account for legal errors and, when necessary, to correct for them—either through legal appeals or increased education. In Camp’s case, we have seen both. The Wagar decision was appealed and a new trial was ordered. At the same time, in the House of Commons, Conservative Party leader Rona Ambrose has pushed to pass Bill C-337, a bill that would require lawyers to undergo sexual assault education before being eligible for judicial appointment.

Thus, the fact that Camp’s reasoning was rife with legal errors was not the reason he was ousted. Even some of his most infamous remarks—the ones that most scandalized the public—may have been honest, if egregiously worded, legal mistakes. As Brenda Cossman, a law professor at the University of Toronto, argued in a Globe and Mail editorial: “Camp’s most frequently cited comments—the infamous ‘why didn’t you keep your knees together’—was an attempt, albeit a dreadfully worded one, to get at issues that both the defence counsel and the Crown had put into play. There was a real legal issue, though you wouldn’t know it from any of the press coverage.”

More than we might like to admit, the proper administration of justice hangs on the integrity of individual judges.

Cossman, one of the experts brought on to assist with Camp’s rehabilitation, took the position that Camp’s genuine efforts to educate himself in the wake of the CJC’s investigation weighed in favour of giving him a second chance. Camp, she suggested, was not a judge who is “beyond redemption.”

But gross legal errors weren’t the worst of Camp’s mistakes. As the full record makes clear, Camp often exceeded all bounds of judicial propriety by making personal pronouncements on the complainant’s character. Despite her circumstances being altogether heartbreaking—at the time of the alleged assault, she was only 19 years old, homeless, unemployed, a drug abuser, and without a support network—Camp seemed to view her with something bordering disdain. At points, his comments read like something out of Bleak House:

I record that all the witnesses were, in a sense, unsavoury . . . The complainant . . . had spent the day in question sneaking into the movies without paying . . . She’d also spent a considerable amount of time stealing clothes . . . It didn’t cross her mind that she should work to earn money to buy those things.

After they had been to steal liquor, she got really drunk . . . in the washroom of the basement suite because she was drinking what she called abstinence, ironically, but was absinthe and white rum . . .

In her first version of what happened in the washroom . . . she said she went to the washroom to throw up. And I pause to make the point that it would be surprising if her evidence was perfect . . . She was, of course, drunk at the time . . .

As one gets a flavour of here, the odiousness of Camp’s conduct in many ways has little to do with sexual assault. The problem, rather, is an attitudinal one: a seeming inability to empathize with an individual whose life circumstances have plainly been difficult. “What is troubling . . . is not that this occurred in relation to a sexual assault complainant,” Woolley writes. “What is disturbing is that this occurred in relation to anyone at all whose conduct the judge is assessing.” Judges must have the capacity to see the individuals who come before them as human.

More than we might like to admit, the proper administration of justice hangs on the integrity of the individuals tasked with applying the law. If we cannot trust them to regard all individuals as persons of dignity who are equal before them and the law, it is difficult to trust their ability to apply the law fairly. As the CJC recognized, “Fundamentally, Justice Camp’s misconduct is rooted in a profound lack of impartiality and failure to respect equality before the law.”

Misconduct of this nature is not something you could trust education to correct for—particularly for a professional of Camp’s years. In time, experience may, however. Having now found himself the target of so many people’s disgust, Camp may come to understand first-hand why his conduct towards the complainant was so problematic. It’s painful to be treated as an object of disdain.