At Ease, Sergeant Jamieson | The Walrus
Skip to content 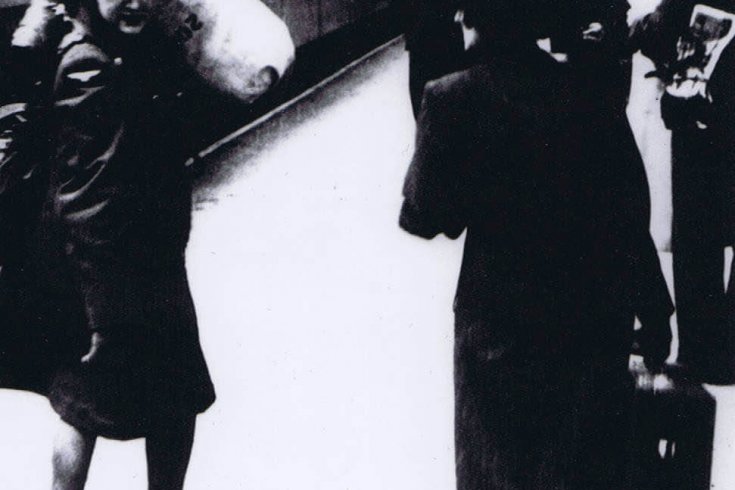 Dorothy Jamieson was a collector of people. I was one of the people she collected. In 2003, on my radio show, I was doing a segment about the United States military considering a place for women in battle. An older woman with an English accent called in. “Of course women can be in combat,” she said. “I was.” It was the beginning of a friendship that would last until Dorothy’s death, earlier this year.

My producer noted her number, and I headed out to her sunny condo in Mississauga, Ontario. She served tea (and offered sherry) and recounted one of the many forgotten chapters of World War II. A member of the Women’s Auxiliary (WAAF), an all-female company of the UK’s Royal Air Force, Dorothy had signed up without telling her family, thinking war would be an adventure. “When you’re young,” she said, “everything is an adventure.”

She was following in the footsteps of her father, who had served in the Great War and was a major when Germany invaded Poland in 1939. “I thought, well, if my father could do it, I could do it,” she said. “So I joined up, unbeknownst to the family. I got in trouble because I joined the air force and he was army.”

In the weeks following D-Day, Dorothy—along with sixty-six other Ladies in Waiting, as WAAF members were known—landed on the beaches of Normandy, not far from Dieppe, where Dorothy’s boyfriend had been killed. She was posted inland at Amiens. The Ladies used an innovative radar technique called “ground-controlled interception,” which provided a 360-degree view of the skies around a given location. Back home in Atlantic Canada, the Women’s Royal Naval Service used a similar integrated technology to track U-boats.

“We were looking after the boys in the sky,” she said. “You thought you were doing something that would go down in history.”

Dorothy might never have seen the kind of front-line combat she spoke of so fervently on my show, but she did recall a night in December 1944 when a band of German soldiers raided her encampment, disguised in American field uniforms. The Ladies had no weapons, but Dorothy rallied her comrades, instructing them to make use of their helmets. “You have two choices,” she told them. “Either say ‘Heil Hitler’ or bash them with your hat.”

Dorothy Jones met and married a Canadian pilot, Ronald Jamieson, during her service. They left the United Kingdom for Canada once they were demobbed—but not before Dorothy’s hero, Winston Churchill, pinned a medal on her. She was proud of her service but maintained a stiff upper lip about its extraordinariness. “It was duty,” she said. “It was worthwhile.”

She would remain forever bitter about Britain denying military pensions to hundreds of thousands of veterans who emigrated after the war. A decade ago, I escorted her to a fundraiser in Toronto for a British veterans organization that continues to fight for those pensions even as the clock runs out for survivors. She was driven to the Fairmont Royal York Hotel, where I presented her with a corsage. A widow for many years, she seemed to relish being on the arm of a younger man.

Dorothy spent most of her life in Canada and was an unabashed patriot. At schools across Ontario she spoke of her military service. She collected prints of flags and pictures of the Snowbirds aerial team. She collected sentimental poems about the military and the nature of citizenship.

And she collected people. Mississauga’s legendary former mayor Hazel McCallion was a friend of hers. In hushed tones, Dorothy told me one day that then-defence minister Peter MacKay had dropped in for a chat.

Sergeant Dorothy Jamieson died in September, in her sleep, at the age of ninety-seven—and I am happy to have been a part of her collection.