Ask an Immunity Expert: What’s Next for COVID-19? | The Walrus
Skip to content 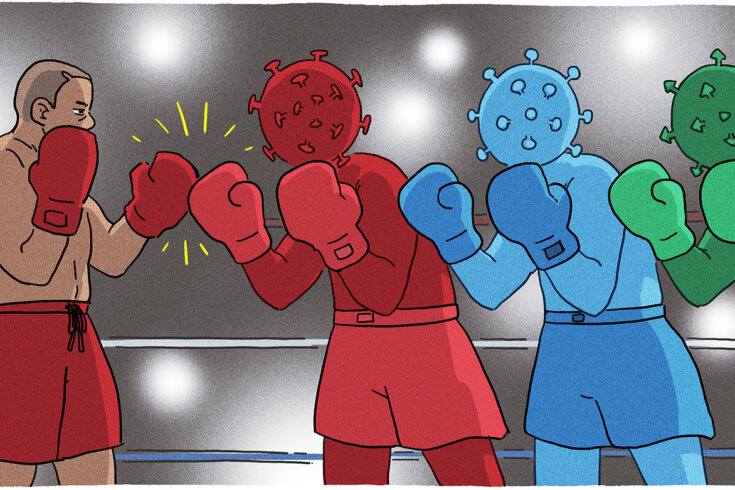 Since the Omicron variant first emerged in November 2021, we’ve had to question much of what we thought we knew about COVID-19. In the year since, infections and reinfections have risen sharply—with over 65 percent of Canadians contracting the virus at least once as of July 2022, according to one estimate—and scientists have raced to develop an adapted vaccine. While many of us have been left wondering whether this scourge will ever end, others are asking how we can make sure a contagion of such magnitude doesn’t happen again. We spoke with Catherine Hankins, co-chair of Canada’s COVID-19 Immunity Task Force, about what this pandemic can teach us about the next one.

It’s been said that SARS-CoV-2 is just the beginning of the new war on viruses. What do you think the future has in store?

Most of these zoonotic diseases—that is, diseases transmitted from animals to humans—are connected to the climate crisis. As it intensifies, recognizing the interconnections between people, animals, plants, and their shared environment is key to achieving better health outcomes. As human populations expand into new geographic areas, with deforestation, intensive-farming practices, and other changes in land use, there are more opportunities for diseases to jump species.1 Also, because air travel is so much more common, we’ve created conditions that allow viruses to spread more easily. We suspect that HIV jumped species around 1900, but it took years for it to evolve into a pandemic because the conditions needed to be right. Today, that can happen much faster.

Just look at what’s happening with monkeypox. Right now, it is largely affecting men who have sex with men, but it’s really only a matter of time before outbreaks become more common outside of that community. Some scientists suspect that older Canadians who were vaccinated against smallpox might have some protection,2 so we’ll have to see who gets it and who doesn’t.

Researchers are looking into whether some people have a reduced susceptibility to SARS-CoV-2. Could this explain why some have never been infected with it?

We do see this with HIV. There’s a rare genetic mutation, known as CCR5-delta 32,3 that alters certain cell receptors within the immune system, and this prevents the HIV virus from entering those cells and spreading. So, with SARS-CoV-2, it is possible that certain people have genetic protection against it. Several genetic variants implicated in immune function could reduce susceptibility to the virus.

There’s also a question around people who get infected but remain asymptomatic. When the CCR5-delta 32 mutation only affects one gene on a chromosome, as opposed to both genes, a person can still get an HIV infection, but the symptoms progress much more slowly. It’s possible that something similar is happening with COVID-19, where people are still mounting an antibody response but never showing any symptoms.

What can genetic research poten­tially teach us about preventing or fighting infectious diseases in the future?

Researchers are already studying genetic factors that predispose people to a SARS-CoV-2 infection, which might explain some of the differences in the severity of symptoms we see between sex, race, and other factors. Both common and rare variants in genes related to inflammation and immune responses have already been identified. These are early days, but there is hope that genetic clues to susceptibility and severity will provide insights into things like tailored patient management and new therapeutics.

Nature, over the next fifty years, climate change could cause more than 15,000 new cases of virus transmission between species.
2. Canada stopped routinely immunizing against smallpox in 1972.
3. It’s estimated that the CCR5-delta 32 gene mutation occurs in only 1 percent of the population, primarily among those of European descent.
Go to top

As told to Nichole Jankowski. This interview has been edited for length and clarity.

Catherine Hankins is a professor in the School of Population and Global Health at McGill University.
Irma Kniivila