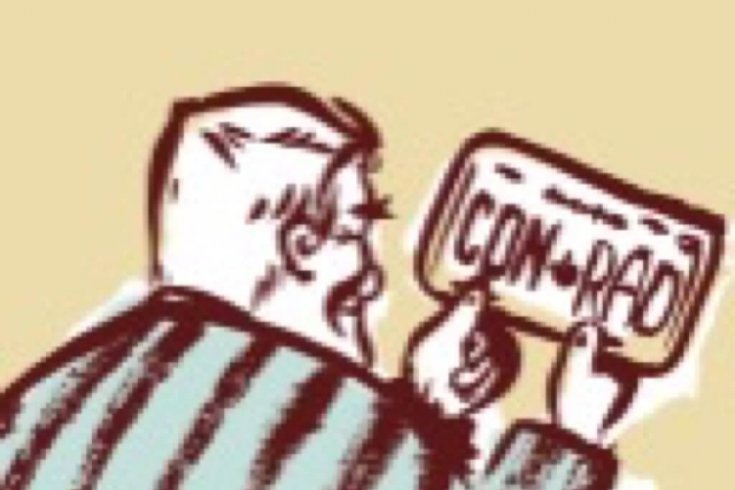 march 3, 2008: On the day of my arrival at FCI Coleman, slumber came with relative ease, given my ignoble surroundings, and my oneiric perambulations were vivid. In my dream, I have returned to Upper Canada College and am in the middle of an exam. As our teacher, a crypto-pederast if I ever saw one, gazes askance at a pouting male visage, I remove my set of ingeniously purloined test answers. Instead, I find a guest list to an Everglades Club fundraiser for gout and type 2 diabetes research. In vain, I search for my name.

The dream’s symbolism is blunt and forceful: the affluent, well bred, and well connected cannot receive fair treatment from a judicial system hell bent on enforcing their insipid vision of Marxist, redistributive justice.

april 15, 2008: After another visit from Lady Black, who’s been soothing her thwarted ardour with Blahnik binges and a new pooch, I dream that I follow Barbara on one of her retail safaris. Barbara is naked—a pulchritudinous tableau, I assure you—except for her designer footwear. As she selects her garments, the shopgirls pester me for payment. All that I possess on my person is my careworn copy of The Compact Edition of the Oxford English Dictionary, from which I offer torn-out pages containing the entries for “perfidy,” “hubris,” “duplicity.”

Apart from missing terribly the constant companionship of my magnificent wife Barbara, who visits me once twice or even three times each week, and lives nearby in our Florida home with her splendid Hungarian dogs, I enjoy some aspects of my status as a victim of the American prosecutocracy.

The dream’s possible meaning? Spite and envy fuel the corporate bean-counters and sexually anorexic crones who persecute us.

may 9, 2008: Two months in, still grappling with the enforced morning reveille. A late evening spent preparing for my adult education lecture on the New Deal prompts me to dream that I am back in New York. The clerk at the Carlyle apologizes, but they’ve overbooked. He suggests I share the last available room with another anxious guest, O.J. Simpson, who tells me I am the greatest newsman since Hearst. I am surprised by the formerly great athlete’s graciousness and knowledge of nineteenth-century naval battles. As we return to our shared room, he begins to massage my neck. “I want to ask you a favour,” he says. “I need a gifted stylist of high intellect and wide historical recall to write my next memoir.” Sensing the delicacy of the situation, I agree reluctantly. O.J.’s grip grows stronger in response. “Excellent,” he says. “It’s entitled Parvenu.”

Like other great men, such as Gandhi and Dreyfus, I have countenanced unjust imprisonment with outward sociability and good temper. The US judicial system, which once implicitly recognized the prerogatives of the wealthy, now mollycoddles reflexively aggrieved poltroons.

june 9, 2008: After a glorious morning spent washing latrines, I while away my outdoor time watching a pickup basketball game in the prison yard—a far-from-riveting diversion. Later I dream that I am flying outside this den of miscreants, turncoats, and perjurers. I gaze only toward the horizon. When I notice how far I am from the ground, I start plummeting. I awaken.

The dream’s symbolism is even more plainly obvious than Chrétien’s moral and intellectual defects: I only fly on a Gulfstream.

july 12, 2008: After beginning my new job at the prison library, my first act of business is to grant myself extended loan privileges. That night, I dream that Nixon comes to my desk at the Coleman library with a request that I cancel the two-dollar late fine he received from borrowing The Power of Now. “There’s been a campaign afoot to discredit me,” he tells me, barely concealing his spittle-flecked agitation. “You’ve got to clear my name.” I toy with him a little, but finally strike out his charge from the computer. I invite him to join the library’s board of directors; I tell him that when we sell our assets back to the prison I will arrange three cartons of Marlboros as a non-compete payment (in truth, Nixon was a pipe smoker).

History’s great figures have been assailed by cretins searching the fine print of corporate governance for technicalities to which they can attach their envy-based outrage. From whom much is expected, much is taken.

december 18, 2008: Spent the day grumbling about Radler’s parole. I am not surprised that my former business partner makes an unwanted, surreal appearance in my dream life. I am a passenger in a hot-air balloon with my spiritual mentor, Cardinal Newman, who’s wearing a red beret. Suddenly, Radler appears wearing only a pair of skimpy swim trunks, a mountainous edifice. The quisling surges above, not noticing us, spewing white smoke in his wake.

“Our conscience is God speaking to us,” Newman was fond of saying. One suspects that Radler Iscariot has jammed Newman’s ears with his false testimony.

february 14, 2009: My ardour for Barbara, who’s recovering from treatment for her neck wattle, is both acute and relentless. I dream that my friend (and token sodomite) Elton John has invited us to a costume ball to honour Margaret Thatcher. Lady Black is very fetchingly dressed as Tsarina Alexandra, a comely complement to my Grigori Rasputin. A masked woman dressed as Eva Braun draws us into an empty bedroom, where she and Barbara tie me to the posts of the ermine-lined bed. The woman removes her mask and reveals herself as the guest of honour. I audibly gasp when Margaret drops her slacks, and brandishes an instrument of the male anatomy more glorious than I could hope for or fear. “Perhaps we should gag the good Lord Black first? ” she says to Barbara, who readily agrees.

Barbara is the Thatcher of my heart: she rules over my affections with a clear eye, a warm heart, and an iron fist.

march 1, 2009: After an evening spent composing my National Post editorial on the decline of the double Windsor knot, I dream I am competing on Jeopardy! against Rupert Murdoch and Robert Maxwell. Having cleaned up on categories like American Presidents and Astoundingly Apt Adjectives, I decide to bet the entirety of my winnings on Final Jeopardy. The clue is oblique: “Asshole writes… ” I struggle with possible solutions, but ultimately write on the answer screen “What? ” To my great surprise, I win.

Having successfully vanquished nine of the thirteen charges unfairly foisted on me, I will triumph on appeal. To paraphrase another television game show (another program, I must add, that I am forced to watch in confinement), the wheel of fortune will turn in my favour again.

Kevin Chong is the author of six books, including the 2018 novel The Plague. He lives in Vancouver.
Mark Saunders