Aid for Aides | The Walrus
Skip to content
A Carleton program will certify political aides, the fall guys behind our elected officials

When Ontarians elected Mike Harris premier in 1995, John Matheson, a twenty-nine-year-old conservative activist and lawyer, was hired as chief of staff for a senior Tory cabinet minister. On his first day, he met with the influential deputy minister who would be his main contact on the job. Such encounters can be fraught with power dynamics—the young turk preparing to show a seasoned mandarin who’s boss. But when Matheson entered the bureaucrat’s office, he saw they were both wearing the same quirky floral tie. “Well, Mr. Deputy,” Matheson said sternly, “I can see we have a problem already.” He waited a beat, then delivered the punch line: “We’ll have to coordinate.” They both burst out laughing. Matheson’s social instincts paved the way for a fruitful association.

At the time, he was one of the anonymous aides who do much of the heavy lifting in politics. The title “aide” is broad, but it encompasses chiefs of staff, ministerial advisers, and all the assistants who represent their political masters in constituent meetings. (Many, like Matheson, are content to serve as consiglieri, but a few have grander ambitions: Stephen Harper’s first job in Ottawa was as chief aide to a Tory MP from Alberta.) These harried foot soldiers are often tasked with mopping up their bosses’ bile; when the captains stumble, their helpers are often forced to walk the plank on their behalf.

The process of professionalizing the stuntman trade 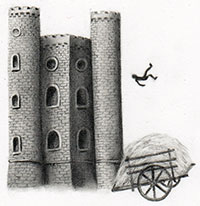 In the early days of film, Hollywood stuntmen were a ragtag bunch with virtually no formal training. Instead of safety harnesses and asbestos body padding, they fortified themselves with alcohol and survived (if at all) on luck and instinct. Not until the ’50s did stuntmen begin to professionalize their trade by instituting safety protocols and practising risk assessment. In 1961, Loren Janes co-founded the Stuntmen’s Association of Motion Pictures, an elite guild that, according to Life magazine, excluded “clowns, malletheads, [and] stumblebums.” SAMP provided networking opportunities for members as well as a talent pool for prospective employers. It also inspired a northern version, the Canadian Stuntmen’s Association, a consortium of “highly trained, forward thinking” performers. Like its Hollywood predecessor, the CSA openly embraces elitism. According to its website, “Each member has been hand pick for there overall ability and specific area of expertise [sic].”

An aide’s power can be great (think Nigel Wright, Stephen Harper’s chief of staff—who, among many other duties, vets federal policy), or relatively insignificant (think the flunky tasked with cutting down trees on former Canadian senator Raymond Lavigne’s property). Either way, it’s a thankless, difficult grind.

An aide needs acute social skills as well as tough partisan instincts. The profile, in short: tactful, discreet, smart, selflessly dedicated; gets the politics, gets the policy. Beyond that, there is no job description. Many are young and emerge from party campaign machines. Some come over to the dark side from journalism or advocacy. But almost all initially lack direct experience with the complexities of governing. This is problematic, considering how much their work contributes to governance.

If Carleton University has its way, the aide’s lowly status will soon rise. This fall, the institution will launch a new master’s degree in political management, conceived by Reform Party founder Preston Manning and inspired by a similar degree at George Washington University. Calgary businessman Clayton H. Riddell has committed $15 million to the program, which aspires to train some two dozen prospective staffers in such areas as political communications, media relations, legislative processes, and campaign management; students will also intern in political offices. The degree won’t prepare them for every situation, allows Chris Dornan, director of Carleton’s Arthur Kroeger College of Public Affairs, but he says it “can give them fundamental skills so they have a sense of what to do on the first day.”

Certainly, enough aides bungle their way through the minefield of politics to justify certification. Others overstep the job’s blurry parameters; during the past federal election, Stephen Harper’s spokesman Dimitri Soudas became the news—the cardinal sin of political staffing—after allegations surfaced that he had pressured Montreal’s port authority to hire a candidate with the PMO’s housekeeping seal of approval. The question is, will a degree foster a more professional species of operative?

Many veterans of the great game scoff at the notion that political management can be taught, in much the same way that seasoned journalists believe that great reporters are born, not made, and certainly not educated. Staffers often have an intuitive understanding of the art of the deal, and a gift for the valuable strategic insights that help their employers do well. Matheson, for instance, regularly took the pulse of party members, by speaking with MPPs and those close to them, so his boss would know which measures would gain approval from the Harris caucus (“When you’re amalgamating municipalities in an MPP’s riding, you better make sure you have that MPP’s support,” he says). Skilled aides also need to be quick studies, as they frequently find themselves dealing with ministries whose operations are steeped in legal and bureaucratic complexities.

Now a Toronto consultant, Matheson taught himself the ropes as a political science student at Queen’s University in the 1980s, where he was active in the Young Progressive Conservatives. He leveraged his party contacts to secure four internships with federal Tories, including then communications minister Flora MacDonald. Junior enough to be ignored, he watched and learned, and along the way developed intricate theories about what makes a strong political staffer.

But not every aspiring aide has Matheson’s determination, and that’s the breach Carleton’s degree seeks to fill. While the one-year program can’t replicate the intensity of the political process—any more than journalism school can show students what it’s like to find themselves in the thick of a breaking scandal—it aims to steep candidates in the mechanics of the field and then link them with those who actually work in the corridors of power. Just as important, the students will gain valuable contacts through arranged, as opposed to hustled, internships.

The numerical reality is that only a handful of Carleton-trained aides will join the thousands of staffers working in legislatures and councils across Canada. In other words, the degree will do more for graduates’ career prospects than for Canadian democracy. Still, the program may establish a standard of professionalism that doesn’t currently exist. And it will almost certainly confer a measure of legitimacy on a role that attracts derision from politicians, the media, and constituents.

“Political staffers,” Matheson asserts, “are indispensable to the system. The ministers can’t do it alone.” Maybe a university certificate will give ambitious politicos the credits they deserve.

Why Home-Schooling Was Right for Me

Why Are We Still Paying for Catholic Schools? 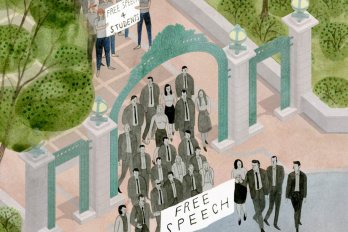 Are University Campuses Where Free Speech Goes to Die?