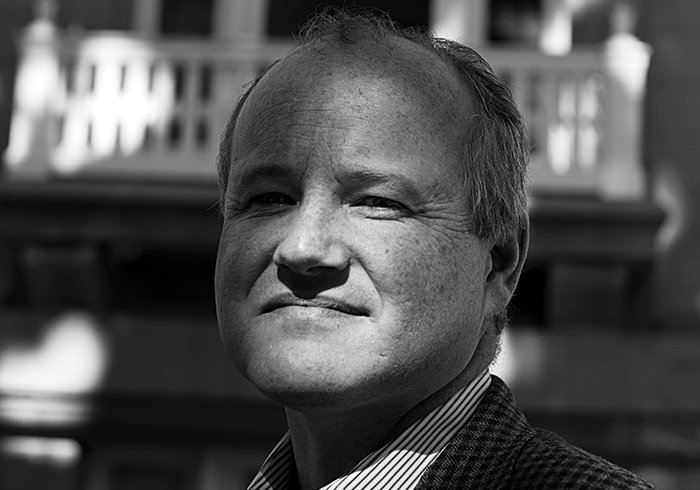 Stephen Carter could be excused for sleeping poorly this past April. With Danielle Smith’s Wildrose Party well ahead in the polls (by one estimate, it had a double-digit lead heading into the last week of the Alberta election), the campaign strategist and former chief of staff to Premier Alison Redford appeared close to having his name attached to one of the biggest political disasters in provincial history.

It wasn’t the narrative most political pundits—or, for that matter, Carter himself—expected. After all, he had recently helped parachute a thirty-eight-year-old Muslim policy wonk named Naheed Nenshi into the mayor’s office in Calgary; as if that weren’t enough, he then put a conspicuously progressive Conservative, Redford, in charge of the Alberta Progressive Conservative Party. How hard could it be to win a general election in a province where a ham sandwich bearing the PC banner would still be the automatic favourite? Very hard, as it turned out, although on election day Albertans renewed, albeit reluctantly, the Tories’ lease on power for at least one more term.

Whether this is good news for Alberta depends partly on where you sit on the political spectrum, but what of its impact on the rest of the country? Carter, you see, wants to save Canadian politics from itself—and thanks to the outcome of April’s election, he might still have a chance to do it. He has twice demonstrated that with the right campaign, an underdog can defeat more experienced, well-financed opponents. He has also shown that such a campaign involves embracing ideas rather than reducing them to their most basic, inoffensive elements, which has been the prevailing strategy in politics since bell-bottoms went out of style. “Too many elections have been run—and won or lost—based on a desire to not talk about anything,” he says. “Where’s our Obama? Where’s our Clinton? Where’s the person who’s going to grab the big idea? “

Why set election dates may not deliver more votes 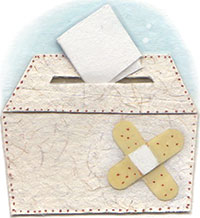 After declining for four decades, Canada’s voter turnout reached an all-time low of 58.8 percent in 2008. To promote participation, electoral reformists of the early ’90s pressed for fixed election dates, aiming to restrict the prime minister’s ability to capitalize on political timing, and curtail House campaigning. As well, they believed predictable dates would ensure longer terms for minority governments, which would in turn bolster voter confidence. BC set its first election in 2001, seven other provinces followed, and the first set federal election was approved in 2006. However, voter turnout has not rebounded since the federal dates were fixed, perhaps in part because the Queen’s representatives have the power to dissolve Parliament (as the Governor General did in 2008 and 2011). Even without dissolution, fixed elections may not fix voter turnout. While US presidential election dates have been predetermined for centuries, only 66.3 percent of registered voters went to the polls in 2008.

Carter, forty-three, has a degree in commerce, studied fine arts (drama), and came late to a career in politics. He got involved by chance while attempting to recruit a member for the board of a Calgary theatre company, and that person in turn recruited Carter to work for the federal PC party in the 1997 general election. He was hooked almost immediately, and soon found himself rising through the party’s decimated ranks. He served in Joe Clark’s 2000 federal election campaign (and still considers Clark one of his biggest political influences), but his first victory as a campaign manager came in 2001, when he guided Druh Farrell to a seat on Calgary’s city council. After taking a break for a few years, “while the Reform Party became the Conservatives, or whatever the heck happened there,” he was offered the opportunity to run Alnoor Kassam’s 2007 bid for Mayor Dave Bronconnier’s job. Kassam got crushed when allegations of a scandal in his native Kenya came to light, but Carter says it was “the best on-the-job experience a person could get.”

He put that experience to work in the 2010 Calgary mayoralty race when, along with a small cadre of unpaid volunteers and advisers, he engineered one of the biggest upsets in Canadian electoral history. Until late in the campaign, the prospect of a Naheed Nenshi victory was such a distant possibility that he might as well have been an avowed Communist—or, even worse, a Liberal. But win he did, and while much of the attention that greeted his victory focused on his use of social media, what truly mattered, according to Carter, was how Nenshi connected with Calgary voters. Chima Nkemdirim, co-chair of the Nenshi campaign and now the mayor’s chief of staff, describes this attempt to meaningfully engage voters—and to target new ones—as a game changer. “Not treating the voters like idiots is kind of new in Canada,” he says. Calgary journalist Chris Koentges dubbed it “the campaign in full sentences.”

But it was Carter’s performance as the architect of Redford’s 2011 bid for the Alberta PC leadership that cemented his reputation as the province’s most skilful political operator. Here, too, he was working with a candidate few observers expected to compete seriously, much less win. When the campaign began, Redford (a very red Tory in a very blue province) appeared far more likely to be positioning herself for a choice cabinet seat than for the premier’s chair. But Carter saw it differently, and after helping her win the leadership he went on to help her win the election. “I had a hypothesis on voter structure and what voters are looking for,” he says. “I tested it with Nenshi, and I proved it with Redford.”

One unexpected election victory could be written off as a fluke, but two—each defined by intelligent, articulate candidates who gave voters more than the usual smorgasbord of sound bites and speaking notes—is harder to ignore. One wouldn’t be surprised if someday he tried to test his theory at the federal level. “There’s a lot of opportunity in federal politics to change the way things are done,” he concedes. In the meantime, will campaign managers elsewhere in Canada attempt to replicate his model for electoral success? “I sure as hell hope so.”