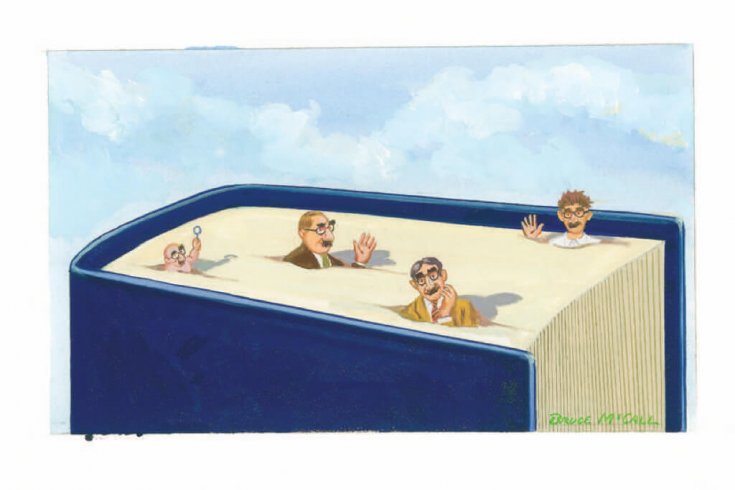 Memoirs have become widely suspect in our times: case after case of let’s call it fudging the truth, even of memoirists inventing their lives lock, stock, and barrel. So picture my dilemma as a con-fessed congenital liar writing a memoir — a literary first, as far as I know. Will anybody believe anything I say? Happily, my editor has decided to take the gamble.

My keenest early memories — I couldn’t have been more than five at the time — are of my father’s drunken rages whenever I told a “fib,” as he called them. Or am I making that up? Because, to tell the truth for once, Dad was a Baptist preacher and lifetime teetotaler.

Whoops! My editor has caught me red-handed. “Stop right here,” he’s scrawled in the margin. “Your old man was a janitor!” Point taken.

Humiliation is the congenital liar’s constant companion. One of my earliest real memories is of my first-grade teacher pulling down my pants and spanking me in front of the whole class for saying my dog had terminal cancer. She said I was just (“Whap!”) looking for attention (“Whap!”).

My sister says this is a pack of lies so far, except I don’t really have a sister. I made one up for no reason. That’s me all over.

Maybe I should start fresh.

I was born in a Turkish harem and abandoned two days later.

No, I wasn’t — damn it all, can’t a congenital liar ever go straight? I was actually born in no man’s land near the village of Albert on the Somme, between the German and French lines, during World War I. I never knew whether my parents were German or French, or maybe British, or even Alsatian. How would an orphan newborn know?

Okay, that’s not really credible, is it? For one thing, I’m not even forty-two years old. “Unearned credit is the forged cheque of a scoundrel” — Victor Hugo.

Victor Hugo never said any such thing. I put that in to make myself seem smarter than I actually am, cynically certain that nobody would bother to check it out, because Victor Hugo was always spouting off.

Anyhow, I was crestfallen at age six to discover that I was adopted. To cover up the shame, I told my friends I was a Romanov who escaped from the massacre of the czar and czarina and the whole Russian royal family in that basement in 1918, then stowed away on a freighter in the Crimea and was taken in by a kindly customs officer and his wife when we docked in Halifax. That backfired, because my little friends kept coming at me with penknives to see if I was a hemophiliac.

My editor drew a circle around that last statement and wrote, “Prove it!” Another bluff called. Of course I am not a hemophiliac, a Romanov, an orphan, etc., etc.

One reason for writing this memoir was to clear the air of all the lies I’ve spewed over the years and at last get on an honest footing in life. Thus far, I’ve made a royal mess of it. But I beg the reader to stick with me. I’m also hoping to give the layperson some insight into this condition and its terrible costs. My editor says I might even be contributing to the clinical literature about my condition.

So let’s really level this time: I was born in a boxcar in the rail yards outside Brandon, Manitoba, during the depths of the Great Depression. My father, a famous violinist, lost his bowing arm in a threshing machine accident in Saskatchewan while helping his parents bring in the summer crop in ‘32 or ‘33, and he criss-crossed the country afterward looking for work. I re-member the night in a hobo camp when he traded his Strad for a can of Sterno.

With his fingers warm and nimble, inspiration struck, and he was soon doing very well for himself selling apples 5¢ signs to the jobless. We moved to the Rosedale neighbourhood of Toronto, where I was chauffeured to class every morning in a huge Pierce-Arrow, even though the school was next door.

I’m driving myself crazy, not to mention you the reader, with these whoppers. Why should you believe anything I say? But bear with me. I’m trying as hard as I can to finally break down the mental machinery that reroutes me from the truth before I catch myself. The psychologists say the pattern can be broken. Trying is my only hope for a decent life.

Calm down, I tell myself. As I sit here in my tiny room in a fleabag hotel in Fort Nelson, BC, where I’ve come in a desperate last effort to rend the tissue of lies and drive that half-buried thing called the truth out of the depths and into the light of day, I can dimly recall my-self as a seven-year-old eavesdropping on my parents whispering to somebody at the back door of our house in Charlottetown, and the realization slowly dawning on me that I was being traded for a croquet set. A used croquet set.

Sitting on the front porch that night, wondering where to go while listening to the muffled click of wood-en balls and my parents’ cries in triumph and curses in defeat, I resolved to become an aviator.

Damn it to hell!

I’ve thought about this a lot, and the odd thing is that we congenital liars aren’t even seeking an advantage by manufacturing our stupid falsehoods. Most of the time, we know the people we’re lying to know they’re being lied to. Who’d believe that story about being traded for a used croquet set, for God’s sake? Maybe it’s some perversion of the tale-telling instinct that in a normal, healthy person would create great works of literature or million-dollar screenplays. Or maybe not — I’ve conspicuously failed with every novel and script I’ve ever written.

The furiously scribbled editor’s note opposite that paragraph suggests that this whole lachrymose mea culpa is a crafty crock. To wit: “You never wrote a novel or a screenplay or anything else, and you know it.”

I mentioned in the acknowledgments that without my editor’s bottomless patience I never could have pur-sued the writing of this memoir to the end, and for once I wasn’t talking through my hat. But there I go again. I don’t have an editor. I’m probably not even going to finish this stupid “memoir,” because I’m morally and con-genitally unable to put two true sentences together.

But there I go again, again. I do have an editor, and he doesn’t deserve the tsuris I’ve put him through. The lies, the tricks, the slippery shenanigans — the spinning of one long piece of total hokum instead of the up-front, tell-all, from-the-gut memoir my proposal promised.

God, that sounded good! Too bad it was all lies. Except for once it wasn’t. And if you believe that, you’ll believe anything. For instance, did I mention my idyllic childhood in the gulag…?

Bruce McCall does illustrations and writes for The New Yorker. 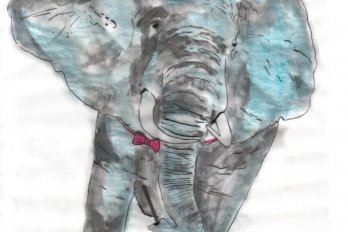 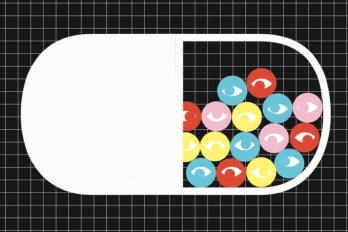