A Friend in Need | The Walrus
Skip to content 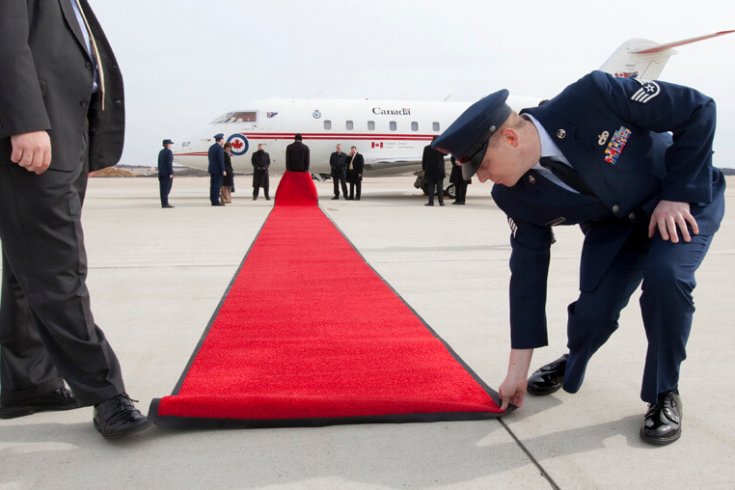 This long and drawn-out campaign has been unusual for many reasons, not the least of which has been the larger-than-usual role foreign policy has occupied in the debate. We’ve heard a lot from the candidates about Canada’s role in the world and what that role ought to be.

Current events made foreign affairs unavoidable in this election: the volatility in the so-called Islamic State is on the news every night, the Syrian refugee crisis created days of headlines, and Canada’s weakened relationship with the United States kept popping up, especially after Hillary Clinton announced her opposition to the Keystone XL pipeline. But the issues that will face our next prime minister early on in a new mandate are interconnected.

How many Canadians have stopped to think about the repercussions of the Liberal and NDP stances on Canada’s involvement in Syria and Iraq, given that the country may be headed for a minority government where some kind of cooperation between these two parties will likely occur?

On the Middle East, Justin Trudeau has been clear: he would end Canada’s combat mission in Iraq, to which we are contributing as part of an American-led international coalition. (No boots are physically on the ground, but our war planes are part of the precision airstrike campaign.) Operation Impact includes six Canadian CF-18s, surveillance planes, and approximately 600 Canadian Armed Forces personnel, as well as a few dozen special forces in northern Iraq. It’s a small, but certainly not insignificant role.

The Liberals think this is too far.

Their solution to the crisis in Syria is for Canada to accept 25,000 more refugees by 2018, with more funded by private sponsorships.

While taking in more refugees is important, and morally the right thing to do, it does little to fix the problem at the source (i.e. the barbaric actions of ISIS). Earlier in the campaign, during the Munk Debate, Trudeau said he longed for Canada’s peacekeeping past and would like to see that legacy revived.

Yet one wonders whether any prime minister would be crazy enough to send non-combat troops into an area where the enemy jumps at the chance to behead foreign aid workers and burn POWs in cages. The world has changed a lot in the past two decades, and our foreign policy needs to keep up.

In a similar vein, the NDP would put its pacifist principles into action and end what they call the “ineffective” combat mission. Thomas Mulcair says he would redirect resources to helping those displaced by conflict. In their platform, the NDP promises to resettle 10,000 Syrians by the end of 2015—an unrealistic task to accomplish securely with only two months left in the year. In 2016, they’ll take in 9,000 more and appoint a Syrian Refugee Coordinator to make the process faster. That’s it. That’s the whole plan.

So both parties would essentially withdraw Canada from helping in that conflict. In an interview with Peter Mansbridge, Mulcair even went as far as to say it would be his first act after being sworn in.

True, it doesn’t look like the NDP will form a government this Monday. But a Liberal minority, propped up by Mulcair, is a distinct possibly. And it isn’t a stretch to assume that, under such a scenario, Canadian foreign policy would be a sort of amalgam of the two parties’ views, which on this particular issue are not that different.

This is where matters could get extremely complicated, insofar as our relationship with the US is concerned.

Can you imagine how Barack Obama would react when, during his first call from a new prime minister, he’s informed that Canada will be withdrawing from the anti-ISIS mission? To announce that we would abandon the Americans (as well as other key allies such as the UK, France, and Australia) at this crucial moment would be disastrous for Canada–US relations. It’s no secret that the mission isn’t going that well, and the Americans are looking for as much help as they can get. To cut and run at this critical time is not the way to usher in a new era of better relations with our southern neighbour.

The irony is that both Mulcair and Trudeau often attack Stephen Harper for weakening the special relationship, yet they propose to do something that would inflict the most serious wound to the Canada–US bond in a long time—likely since Jean Chrétien refused to join the coalition in Iraq in 2003. Such a move would be bound to have repercussions in other areas.

It would not only be a shame to squander Canada’s reputation, it would do even further damage to a relationship already showing the deepest cracks since the 1960s.