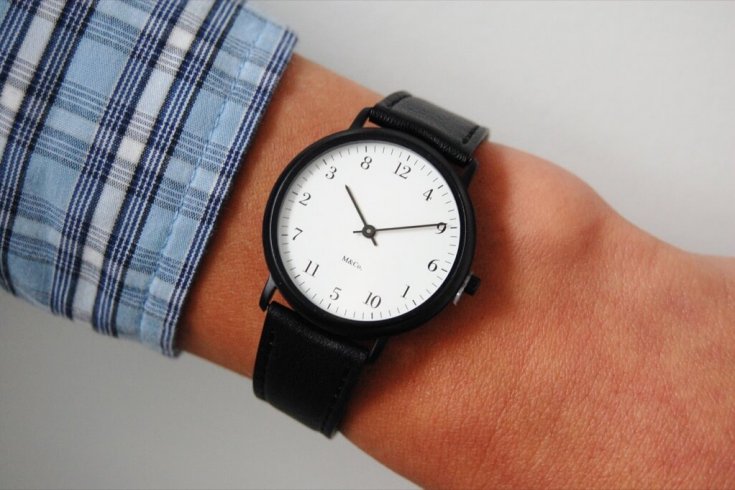 After a lifetime of being late, I’ve finally bitten the bullet and set my clock ten minutes fast so I’ll always be on time. You’re skeptical. You’ve tried the same trick, and it never worked. You think that because I know my clock’s ten minutes fast, I’ll hit snooze a fifth time or take ten more minutes in the shower. And you’re right. That’s why I just decided to set my clock an extra ten minutes fast. Now I’m twenty minutes fast. Ah, let’s make it an even thirty. That way I’ll miss rush hour traffic. I’m a genius.

So I’m off to work. Looks like I can’t kiss the wife goodbye — she’s still sleeping. (Who’s the lazy one now, Susie? I’ll give you a clue: it’s not me.) It’s just as well. All that puckering would cost me at least three minutes, and I can’t risk it. I need to beat Stan in accounts receivable to the cheese fritters. Oh, the look on his fat face when he sees me tucking into the last one . . . Wait, what am I doing? I gotta get a move on. Where are my keys?

To be safe, I added another thirty minutes to my car stereo clock on the way to work, and I was still ten minutes late! It’s Susie’s job to remind me of “life stuff,” so on account of her little snoozefest I had no idea today was Daylight Savings. Everyone sprang forward and beat me here — even Stan. Well, Stan, enjoy it. This’ll be the last time you get that fritter. Because I’ve just set my clock another two hours fast. That means it’s already noon. Hey, new guy, want to get some lunch? No, I understand it’s only 10 a.m. for you and you just ate a fritter but . . . Okay. No, that’s okay. I’ll just eat alone.

Phew, what a day. I never thought I’d make it to 5 p.m. Granted, it’s still only 2 p.m. Regular People Time (at 4 p.m., I hit that mid-afternoon wall, and instead of eating chocolate I added another hour to give me a boost), but speeding through the day has really tuckered me out. They say that when you have less time, you get more done. I’m inclined to disagree. I missed a morning conference call because I was on my afternoon break, I’m still waiting on a package that guaranteed 3 p.m. delivery, and I am, as we speak, concocting an excuse for why I won’t be at tonight’s office trivia challenge. The Abe Lincoln Beards will just have to survive without me this week.

I’m seven hours ahead now, and my wife is suspicious. She thinks I’m having an affair after she found me at home, showering, at 3 p.m. her time. But 10 o’clock is a perfectly normal hour to take a shower, right? She doesn’t understand my logic (women . . . ) and is making me sleep on the couch. The couch! It’s coming up to two in the morning, and my daughter is still awake watching a show about a teen who moonlights as a rock star. Wait, is that Billy Ray Cyrus playing the kid’s dad? I’d recognize that voice anywhere. How am I supposed to get any sleep in this loony bin?

The only solution is to set my clock a full twenty-four hours ahead. Now it’s Tuesday/Wednesday morning, and I’m finally in sync with my family. We have a nice, normal breakfast, except that I’m watching yesterday’s news. I already know that Tuesday’s traffic is backed up, but what’s the driving like today?

Same as yesterday, it turns out. After working my way through a terrible traffic jam (thanks for the heads-up, cbc), I end up being ten minutes late again. Goddammit! I try to explain that I’m actually twenty-three hours and fifty minutes early, and fyi you’re all eating day-old fritters, but they’re not having any of it. I’m warned about being “tardy” and told to “shape up.” Time to rethink my strategy.

I’m now living fifty-two hours ahead of rpt, and while my new lifestyle requires some accommodations, I’ll never give it up. Sure, I had to attach a webcam to my dashboard so I can attend Wednesday morning’s staff meeting live via satellite from the Friday-afternoon commute, but it does mean I have more time to prepare. I’m also routinely bumped up to business class when I arrive fifty-four hours early for an international flight, I get to take two-hour naps from one to four, and the Saturdays I spend watching you all struggle through Thursday . . . that is life at its best. 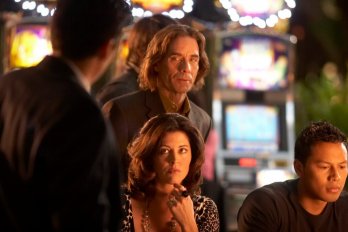 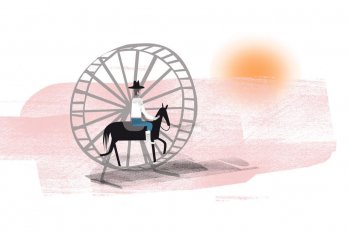 A Warbler At My Window 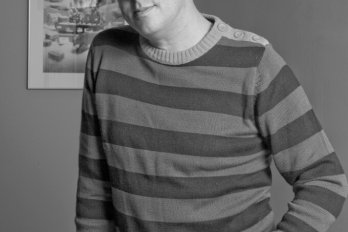