Review: The Muskwa Assemblage | The Walrus
Skip to content 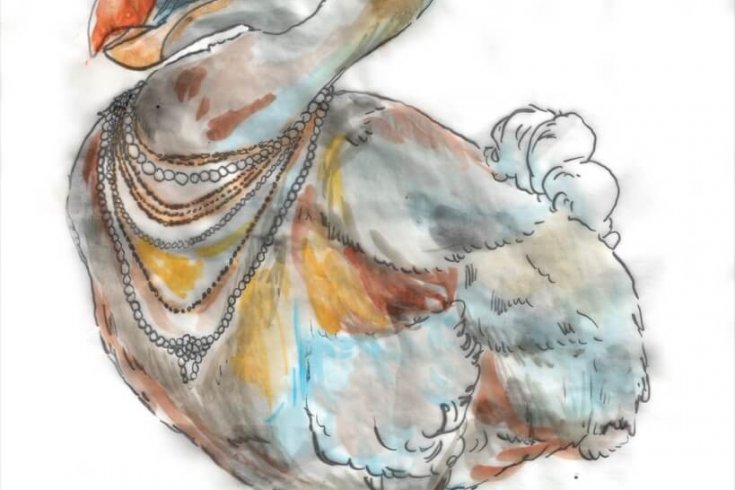 In his new collection’s epigraph, Don McKay reminds us that the word “assemblage” has several meanings: “a gathering or bringing together; a work of art consisting of miscellaneous objects brought into relation; a biostratigraphic unit or level of strata characterized by a particular set of rocks, animals or plants.” Never one to waste words, he gets mileage out of each of these possibilities in this chapbook’s mixture of short essays, poems, and prose poems. But he’s most successful when working on all three levels, using the ideas of communion, interrelation, and time to marshal a quietly stunning exploration of the ways in which we consider nature and our place within it.

The Muskwa Assemblage came out of a 2006 artists’ retreat in northern BC’s Muskwa-Kechika wilderness. Since McKay’s medium is words (another attendee sculpts cow placenta), he is particularly interested in how language mediates our experience of nature. This is partly reflected in characteristically breathtaking descriptions: rock formations “open precipitously into deep time, like a storefront with a sign and window display which is in fact a facade for the abyss,” and an observer “might have been a crime scene investigator poring over those lakes in the trench reading them like blood-splatter.” But the specific idea of naming is a central theme. Amid a world of “nameless mountains, nameless creeks,” McKay notes that “language abhors such vacuums” and himself feels “the impulse to supply names become active.”

In one of his last poems, Al Purdy remarked on what it is to name a place: “— say the names say the names / and listen to yourself / an echo in the mountains.” For McKay, who now wears Purdy’s mantle as Canada’s greatest living poet, the relationship is a bit more complicated; he wishes it were instead “possible to be named by wilderness,” though he realizes it is not. For even as nature namelessly impresses itself upon him, the poet can’t help but have his say: “Its fang bit me, left this / cherishable scar. / I left bits of paper / under rocks, lichens, burnt stumps / bearing words of eloquent / awkwardness.”

Jared Bland, a former Walrus editor, is books editor of the Globe and Mail.