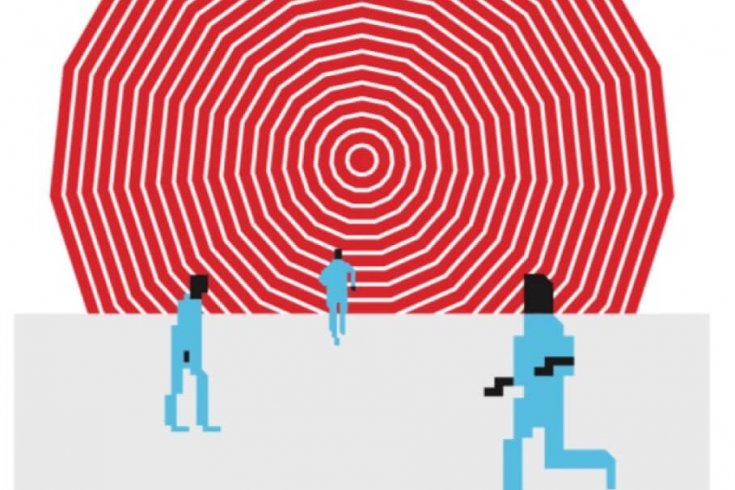 Los Angeles — When I arrive at the cbs studios at 5:10 a.m. on an unremarkable Tuesday in April, there are over a hundred others in line, the most zealous of whom arrived last night. Amid the darkness and frigid temperatures, dozens of hopefuls lie on the sidewalk in sleeping bags and blankets, while others sit mummified in lawnchairs, waiting patiently for the gates of the compound to swing open. This is my competition. Who among us will stand triumphant on the glitterdipped stage of the longest-running game show in television history?

Stephen, a burly engineer with Frito-Lay, and his wife, Kelly, a blond, blueeyed cashier, tell me they drove all the way from Phoenix to attend yesterday’s taping and rue what they believe was a near miss. “I was so sure the producers were going to pick him,” Kelly says. “They kept asking Stephen questions, and he had them laughing,” she adds, confirming what I learned from someone who once made it to the Showcase Showdown: it only appears that contestants are chosen at random. In fact, producers pre-select audience members who promise to make the show a highenergy affair.

Behind me in line may be just such a character. Bill, a cherubic retiree from Utah, jumps up and down on the spot while explaining that he’s prepared to deal with the cold if it means a chance to stand face to face with Bob Barker, “a real gentleman” and “class act.” As the sun rises, people around me shed their blankets and sweatshirts, revealing homemade T-shirts with attentiongetting slogans such as, “Bob is a Stud” and “Barker’s Other Beauties.” I’m clearly behind the eight ball in my generic Price is Right shirt, hastily purchased from the cbs gift shop.

I soon discover another possible disadvantage — I haven’t studied. Connie, a “second-generation fan” (her mother won a trip to France in the 1970s), has been TiVoing the show for six months and has created a price list of every item they’ve featured, from toaster ovens to decorative Ionic columns. Her son glances up from his Bible to offer me some useful advice: “If you get up on stage, look for my mom. She knows every price.”

Around noon, the line finally starts to snake toward the producers. “What’s your name and where are you from?” they ask one potential contestant after another. When they come to Stephen, however, it’s “Nice to have you back.” I’m sure he’s a shoo-in. I’m next, so I pull myself together and try to project “high energy,” shouting, “I travelled 1,400 miles from Winnipeg, Canada, to hear those famous words, ‘Jeremy Shinewald, come on down! You’re the next contestant on The Price is Right!’ ” “You and 300 other people,” the producer quips, but I sense this is a test and laugh along with him. Will it be enough?

The screaming begins the moment we enter the studio, ratcheting up a notch when a handful of audience members are invited onstage to dance. Seventysomething Anne is soon on her feet, gently rocking back and forth and snapping her fingers, unfazed by the frat boy who is leaning back on one hand and thrusting his pelvis toward her. By the time Bob appears, the crowd is in hysterics. Stephen is the third person called to “come on down!” He wins the first item up for bid (a set of his-and-hers bicycles), which earns him a shot at a game of “Clearance Sale” and, later, a turn at the money wheel. There, he spins himself $6,000 and one of two places in the vaunted Showcase Showdown. Kelly clasps her hands and cries tears of joy.

As I watch contestant after contestant running down the aisles, my own chances growing slimmer and slimmer, I am overcome by self-doubt. Maybe I was too enthusiastic with the producers. Maybe I should return the next day to show them how serious I am. But am I that serious after all? Perhaps I’m just not Price is Right material. And then a higher power intervenes: “Jeremy Shinewald, come on down! You’re the next contestant on The Price is Right!” Suddenly, I am racing down the aisle, past Stephen’s empty seat, past Kelly, Bill, and Anne, high-fiving strangers.

I turn to look for Connie as soon as I reach Contestants’ Row. Announcer Rich Fields delivers the marketing pitch for a set of eight VTech phones, and Bob asks me for my bid. As I desperately scan the audience, Bob starts to badger me: “How about a bid, Jeremy?” I still can’t find Connie. “Jeremy?” Finally, I spot her and, amid the deafening noise, try to follow her hand signals. She’s holding six fingers in the air and pumping them vigorously in my direction. Is it $660? $600? I can’t think. “$650!” The other contestants give their bids, and we turn to Bob for the verdict. “Actual retail price, six hundred . . . ” — I start to raise my arms in victory — ” . . . and ten dollars. The winner is Jamie!”

Jamie, whose bid of $475 comes closest to the retail price without going over (though it is technically less accurate than mine), skips to the stage, cheered on by her sorority sisters. Humbled, I watch the rest of the show from Contestants’ Row. Stephen wins his $26,937 showcase, which includes a set of boxing equipment, three kitchen appliances, and a Pontiac Grand Am GT Coupe. Naturally, Kelly joins him on stage for the big finale. Then, to my surprise, Stephen calls me up too, which is how I come to stand in front of America, beside Bob and his Beauties, hugging a virtual stranger and his wife as they live what seems to be their happiest moment.

The theme music dies and I am whisked offstage, where I’m prodded to sign a release form giving up all commercial rights to the show. I receive an 8 x 10 glossy of Bob holding a poodle, along with instructions on how to claim my parting gifts: an electric wheelbarrow and a wine-bottle opener. When the paperwork is completed, an usher escorts me to a door through which I am to rejoin the world of mortals. From the darkness of the stairwell, I step out into the beyond, forbidden to ever return to Contestants’ Row. 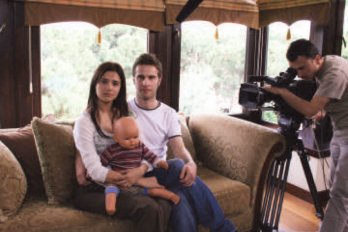