The Virtue in Vice | The Walrus
Skip to content 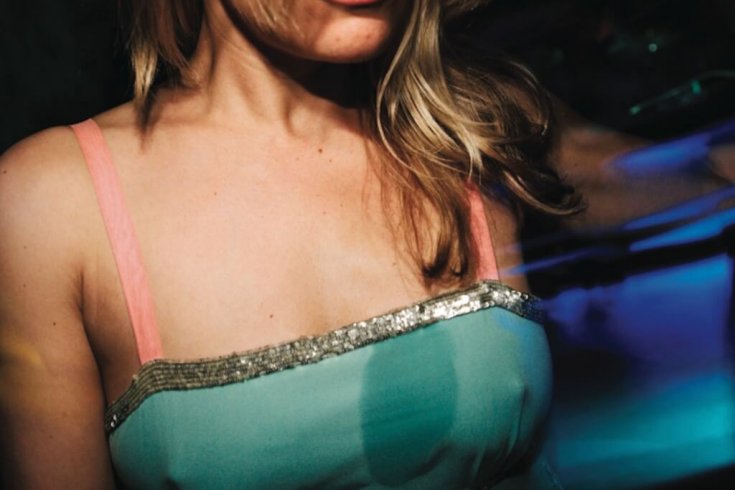 BOOKS DISCUSSED IN THIS ESSAY:

The Devil’s Picnic: Around the World
in Pursuit of Forbidden Fruit
by Taras Grescoe
HarperCollins, 2005
359 pages $35

Pleasure and the Good Life: Concerning
the Nature, Varieties, and Plausibility
of Hedonism
by Fred Feldman
Clarendon Press, 2004
221 pages $33

“He who hates vice hates mankind,” Pliny the Younger said, and in our vice-saturated, vice-obsessed culture, it would seem we are closer than ever to acknowledging this ancient Roman’s observation as a universal truth.

After all, poker has come up from the blue-collar basement and is well on
its way to displacing baseball as America’s national pastime. Bars have their walls covered with topless college girls going wild. “Rub and Tug” refers not only to seedy massage parlours but to a movie comedy in wide commercial release. The more prurient among us spend our Sunday nights enjoying A&E’s Intervention — a documentary series devoted to confronting addicts.

Commentary on vice is ubiquitous these days. Former party girls like
Everybody into the Pool author Beth Lisick are publishing successful memoirs about their dissolute, sex-and-drug-filled youths. Add to that new offerings on heroin by Theodore Dalrymple, hedonism by Fred Feldman, vice policy by Michael Stebbins, and forbidden fruit around the world by Taras Grescoe. Yet we live on a continent whose two principal leaders are evangelical Christians, and more and more people are preaching stern, Calvinist virtue, which to them means complete abstinence from the things we indulgent libertines like to call our own: drinking, smoking, gambling, screwing, and more.

If all the chatter is about vice, maybe it’s because we lack a robust concept of virtue. One of the earliest philosophies of virtue was sketched out by Aristotle in Nicomachean Ethics. There, he tried to answer the fundamental question of how to achieve happiness or, his word, eudaimonia. Happiness involves no sand-raking or self-immolation but is the result of years of hard work, performing virtuous acts, and living in accordance with reason. The “golden mean” is the key to living the good life, according to Aristotle, which means the realization of qualities like courage, liberality, and modesty, and a balance of activities, which includes a variety of pleasures — sex, wine, the usual. Vice was not pathologized in classical Greece, and happiness was not a subjective feeling but a state of character. Today, happiness is not so much a life well lived as a mood, chemically induced or otherwise.

Yet the doctrine of the golden mean will come as a surprise to those who
preach abstinence to teenagers like Denny and Amy Pattyn, who started the “Silver Ring Thing,” a movement aimed at convincing young people to take a pledge of celibacy until marriage. Like any good travelling medicine show, these latter-day puritans put on a high-tech, high-energy multimedia performance, replete with comedy sketches about condom failure.

Michael Stebbins describes this scene in Sex, Drugs and DNA: Science’s
Taboos Confronted. After they are mesmerized by the bright lights and flashy PowerPoint presentations, about threequarters of these teenagers will, according to the group, “take the pledge” and adorn themselves with a silver ring to signify their purity. Stebbins claims that on average these abstinence programs delay teens from having vaginal sex for about eighteen months, though in the meantime they are more likely than their less pious peers to engage in risky practices like anal sex. A year and a half later, when the messages about the wonders of abstinence have worn off and the virgins are poised to fall, the one message that is still ringing in their heads is that condoms don’t always work. These teens are now far more inclined than their ringless counterparts to skip using condoms altogether.

Have these poor teens been led down a garden path toward the vice of abstinence? For that matter, is our own Conservative government encouraging this sort of prurient puritanism by making a priority out of raising the age of sexual consent for the first time in 100 years? It is, perhaps, counterintuitive to conceive of abstinence as a vice of the same magnitude as, say, lust and gluttony. But abstinence is as far away from the golden mean as sex addiction, drug abuse, and drunkenness.

In Romancing Opiates: Pharmacological Lies and the Addiction Bureaucracy, Theodore Dalrymple attacks all our common perceptions about heroin addiction, claiming that heroin use doesn’t lead to diminished virtue but that a lack of virtue leads to heroin addiction. The ennui of the upper classes and disaffected rebels who take a countercultural stance used to be the province of a few romantic poets and some beatnik types. Now, he argues, in an age of eroding morality and celebrity culture, there is an entire class of young people who, rather than learning virtue, find the temptation of the pseudo-glamorous life of the enslaved addict preferable to the McJob alternative.

Dalrymple claims that in fact it is quite difficult to get hooked. Rather than settling in on the second or third try, heroin addiction requires a sustained effort and usually takes hold only after a year of casual use, proving that it’s often easier to give things up than to take them on. And regarding giving it up, Dalrymple challenges the assumption that it’s a life-threatening ordeal. Severe alcoholics, says Dalrymple, experience more painful withdrawals than heroin addicts, for whom, apparently, uncomfortable symptoms typically last a mere few days. “Sport is now one of the principal causes of injuries in the western world but, however fatuous a sport may be, it is not a disease,” writes Dalrymple. “And to conceive of opiate addiction as a disease seems, after my experience with thousands of drug addicts, to me to miss the fundamental point about it: that it is a moral or spiritual condition that will never yield to medical treatment, so called.”

Regardless of how jarring this last statement might be, it’s easy to see
that the addiction orthodoxy needs to be challenged. As people scramble
for everything from frequent sex to chocolate gorging and from compulsive
gambling to shopping binges and have each labelled as addictions, all with their own specially designed twelve-step programs, the word both loses and gains meaning. When people now speak of their struggle with self control, it is always with the same set of clichés — an accidental or coerced exposure, some naive experimentation, followed by a brief period of euphoria or glamour. Then, rock bottom. From there, there are only two ways to go — death or the happier salvation of total abstinence.

Taras Grescoe, on the other hand, believes that moderation comes with maturity. The travel writer, a former heroin addict who had quit all of his bad habits cold turkey, felt the pull of vice after years of living straight and decided to flirt with the devil some more. He took on assignments to seek out forbidden fruit in countries around the world for his book, The Devil’s Picnic: Around the World in Pursuit of Forbidden Fruit. Absinthe in Switzerland, cigarettes in California, coca leaves in South America, porn in Singapore, moonshine in Norway, you name it, he found it. And tried it.

Grescoe wants the relaxation you can enjoy with three or four quality beers, two glasses of absinthe, a single cigarette after dinner, a mouthful of coca leaves. And by and large, the legislation that he witnessed around the world on his quest for forbidden fruit is increasingly interfering with the measured pursuit of pleasure. For example, as part of its war on drugs the United States is attempting to eradicate coca chewing, which produces a mild high and has been used in indigenous cultures for centuries. Meanwhile, the more concentrated and potentially destructive forms of the drug, like cocaine and crack, make steady inroads across the world.

Stebbins, who is a self-admitted girldrink drunk; Dalrymple, who loves to
drink in moderation every single day; and Grescoe, who argues for temperance and tolerance, would all agree that moderate self-abuse and occasional intoxication are worth fighting for. These are real iconoclasts in a culture with an ambivalent relationship to pleasure; these are men who would defend the notion of pleasure for its own sake is, as Aristotle would say, a worthy end in and of itself. Without a little vice we become tedious, closed-off people, divorced from our bodies and the world, defined by what we negate and obsessed by what we renounce.

This might offend those who would claim that a life lived in the pursuit of pleasure is a wasted life. But in Pleasure and the Good Life: Concerning the Nature, Varieties, and Plausibility of Hedonism, Fred Feldman, whose main guilty pleasures seem to be the odd cold beer and salty peanuts, defends the hotly contested notion that a life devoted to pleasure can be a good life.

Feldman’s central point in defending hedonism is that a life devoted to
pleasure need not be extreme or unreflective. If you’re trying to increase
your amount of overall pleasure, while minimizing pain, says Feldman, Hugh
Hefner’s geriatric playboy lifestyle probably isn’t the best bet. Given the pain of hangovers, venereal disease, drug withdrawal, and aging alone, Feldman suggests that the best way to maximize your lifelong allotment of pleasure just might be to get a good career, find a sensible mate, and make some sound investment choices.

By subverting the standard talk about vice, these authors challenge our current, overly simplistic notions of virtue and vice. By taking a crucial
part of our humanity and placing it outside of ourselves, we risk creating
a splintered culture of self-loathing in which we deny ourselves pleasure
but are fascinated by the spectacle of it. The contradiction is paramount: we cannot claim to be virtuous people when we so obviously love vice. To be truly virtuous, we must make a place for pleasure in our daily lives and in our culture, since, to invoke Pliny again, by hating vice we are only playing out one of the grandest acts of self-loathing known to mankind.