Reawakening the Brief, and Other Unmentionables | The Walrus
Skip to content 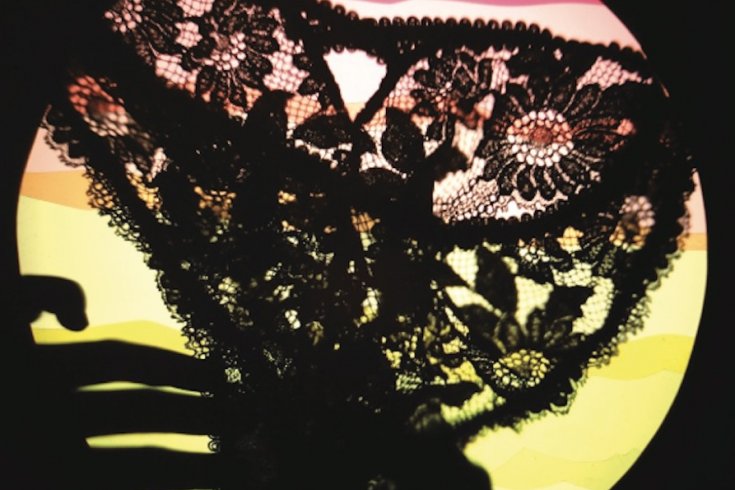 Clothing doesn’t tend to be the go-to subject when looking for real meaning in life. Bird sanctuaries, libraries, psychoanalysts’ couches—these are more likely to spring to mind than a pair of underwear. Thoreau summed it up nicely from his transcendental perch in 1854 when he wrote, “We know but a few men, a great many coats and breeches,” essentially declaring that fashion is nothing but a distraction, a material outside to entrap a spiritual inside.

And yet the regularity with which we must dress, and the various ways in which to do it, give unavoidable meaning to material. Pulitzer Prize-winning author Alison Lurie bases The Language of Clothes on this very premise. “Long before I am near enough to talk to you… you announce your sex, age and class to me through what you are wearing,” she writes, listing occupation, origin, personality, opinions, tastes, and sexual desires as information that can be gleaned from clothing.

It is a Tuesday morning and I am squeezed into a Victoria’s Secret fitting room with a woman twice my size. She is the store’s fitter and looks exactly as you might think she would: hairpins, bifocals, and several measuring tapes around her neck. She has a thick Spanish accent. “I can touch your breasts” she asks. I’ve spent the past hour rummaging through the racks of seamless, push-up, shaping, reversible, convertible, and padded bras, and scads of boy shorts; I need a new set of underwear.

The multi-billion-dollar underwear industry offers an overwhelming lexicon to meet our undergarment needs: lace, cotton, Lycra, microfibre, and more, stretching this way and that, in every sort of cut and cup. With underwear we want coverage but not too much, we want practicality but within reason, we want sex appeal but not rank whorishness (at least not on a regular basis). Sometimes we just want to replace the old duds with newer, pristine versions.

When coupled with underwear’s everydayness, demands like these make it an intense article of clothing. On the one hand, it is just a required piece of the social armour that is easy to ignore. Find a brand or cut you like and you’re set. And yet as a second skin, it is a heavily loaded article of clothing for men and women alike. Something that is barely there can distill intentions and raise conscious or subconscious sexual desires, foreshadowing what you do and who you want to be. It is the last physical threshold to sex. This push and pull is what some lingerie designers thrive on.

“We like to call it the total fashion experience,” says Tiffany Ho, offering a designer’s buzz for underwear’s multi-tasking. Ho, co-founder and co-director of Third Floor Design, a boutique lingerie company based in Vancouver, is well versed in the language of unmentionables. Since 2003, Ho and business partner Brenda Li have been busy making comfortable and stylish underwear for women. The company’s tag—“frivolous necessities—“is a clear statement of its intention to design undergarments where sexiness isn’t co-opted by utility, or vice versa. Their trademark soft bra and boy shorts are proof of their interdisciplinary strengths.

For Ho and Li, it’s private knowledge—the sequestering of good design beneath layers of clothing—that lends psychological power to their designs. “If you put on a good pair of underwear you feel more confident,” says Ho, adding “even though no one else might know that you have it on.” Their constant hunt for new fabrics like dry weaves and new velours, and bold, colourful patterns, means that their designs aren’t easily subsumed into the one-foot-two-foot routine of getting dressed.

Over at American Apparel, the international clothing chain that currently rules over all things cotton, underwear distills their modus operandi. From Los Angeles, AA’s fashion media director Mathew Swenson explains their acceptance of clothing’s contradictions. “Underwear is inherently sexy,” he says, “but we also want to make sure that it’s wearable.” One of the company’s bestsellers is the brief, made for both women and men, an update of the men’s standard Y-front tighty-whitey that took some time for the company to perfect.

According to Swenson, the popularity of the brief can be explained in two ways. For men, it’s the result of the twenty-first century’s embrace of tighter bottoms. “During the nineties men’s clothing got a lot baggier and men seemed to shy away from anything form fitting,” he explains. “Now, men aren’t afraid to wear a tight, straight-leg pant, which means that they need a proper brief to wear underneath.” The popularity of the women’s brief—called the boy brief—on the other hand, stems from the post-coital, woman-in-man’s-dress-shirt look, where cross-dressing spells easy beauty. “When it was introduced, people immediately recognized the sex appeal that comes through when a girl wears a brief,” Swenson explains. There could be other reasons too. Interest in the brief could be driven by nostalgia; for women it could speak to some muted interest in feminism or be a delayed response to what a friend of mine calls the BritneySpearsification of fashion, the low-cut, low-rise contagion that gripped fashion with its fallout of muffin-tops and plumber butts, for much too long.

Knowing that designers at both the boutique and conglomerate levels strive to have fashion and function co-operate to produce items that psychologically anchor their wearers is important in this reconsideration of underwear. And some of their most popular designs actually fall in line with underwear’s long historical trajectory.

As Elizabeth Ewing notes in Underwear: A History, underwear’s complete early history is relatively difficult to trace. Many of the sculptures, vases, relief paintings, and other remaining ephemera from the ancient world favour depictions of outerwear over underwear. Still, the first known example of the brief dates back to a Sumerian terracotta figure of a Babylonian girl from 3000 BC, which is housed in the Louvre. It is generally assumed that briefs were derived from the loincloth and worn by both women and men.

Like the brief, the bra is also an ancient item. According to Ewing, the Odyssey and the Iliad, and texts by Herodotus, Aristophanes, Cicero, and Lucian mention undergarments made for figure control, and variously refer to them as the zoné, the apodesmos, the mastodeton, and the strophium.

Underwear has over the years undergone huge technological and stylistic changes, from the first shape-maker found in a twelfth-century manuscript to the hoops and under-architectures of the Elizabethans, to the post-World War II fibre revolution. Its history has been affected by advances in outerwear, which in turn are often viewed as physical manifestations of socio-political and economic upheaval. We now know, for instance, that two-legged clothing emerged in the Western world in the fourth century AD, when the Roman Empire transferred its centre of power to the site of ancient Byzantium (which became Constantinople, and eventually Istanbul), closer to the trousers worn in Central Asia; similarly, an emphasis on the waist emerged only in the mid-twelfth century, its tighter contours permissible perhaps because of a weakened church in Western Europe and the burgeoning notion of romantic love.

For Nancy Elms there is no mistaking underwear’s importance. Elms has run Trés Jolie Fine Lingerie in Toronto for fifteen years, and has watched customers buy for all sorts of reasons: fetish fulfillment, marriage salvation, love, self-rewards, depression relief. “I could be a social worker,” she jokes, alluding to the stories she’s heard in the fitting room over the years. “I try to make people feel more positive.”

Not only is underwear psychologically important and historically significant, it’s perfect for the old semiological practice of inferring meaning from material culture—in this case what we wear. Lurie would argue that a red thong screams sex, that a brief announces an uptight wearer, that stable meanings are out there, waiting to be uncovered. Other ways of reading underwear, however, are much more ambiguous and flexible in their allowances for a variety of significations.

Recent scholars of material culture would agree that one person’s sexy thong might be another’s way of avoiding unsightly bottom lines. Another person’s briefs might be about originality or irony, not conservatism; for a man, they might simply be a way of protecting the “boys” from übertight slacks. Underwear can communicate in so many ways, its privacy defies conspicuous consumption and guarantees free expression. The personality of our unmentionables can be as extreme, daring, frilly, practical, and ironic as we wish; our public facades need not convey the material secrets underneath. Much like a conversation, material derives its meaning from contextual and personal experience, anchored in the associations we pick up along the way.

Not only do we speak with clothing, we also speak in tongues: there is an unresolvable contradiction in fashion between the desire to cover oneself up and the desire for attention. Psychologist J.C. Flügel was one of the earliest theorists to summarize this duality, writing in The Psychology of Clothes that our attitude toward garments is ambivalent. But whatever the message may be, looking at underwear like this is actually a survivalist’s template, a technique that can be used to reappreciate material culture rather than simply feeling overwhelmed and entrapped by it. Something as simple and omnipresent as a brief can simultaneously link us to 3000 BC and to contemporary designers balancing their way through fashion’s contradictions.

The fitter stood back to admire her work. We had found my perfect set. Thousands upon thousands of years of material evolution had produced a design that at that very moment epitomized my material ambivalence—sexual comfort, see-through coverage, stringy utility, it was all there. I left with a small, pink paper bag containing one perfect loincloth and one matching strophium. 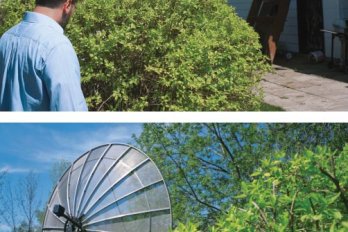 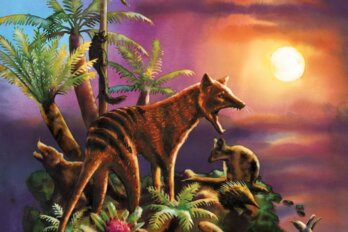 The Ends of the Earth 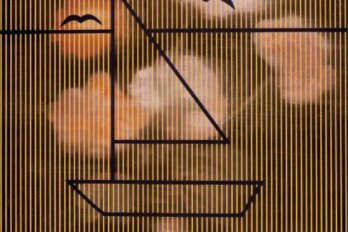 Where Beauty Has No Ebb