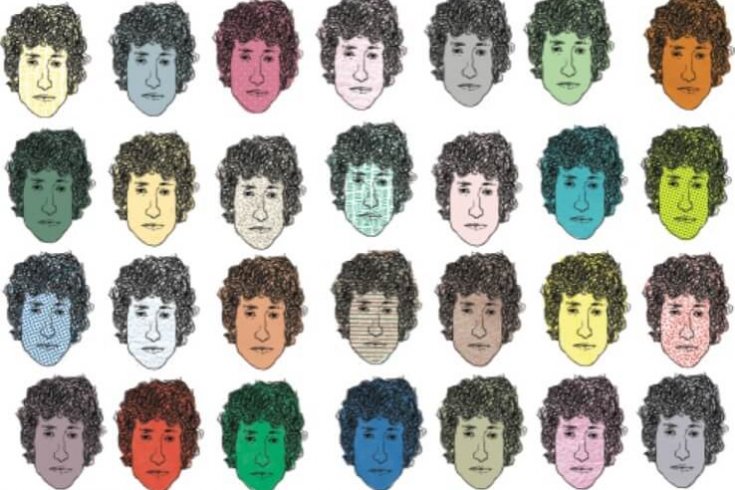 “Too much of nothing/ Can make a man feel ill at ease”—, Bob Dylan

Once, I had it all. Or damned if I didn’t think so. And by all, I mean, of course, the complete Bob Dylan discography. I had the whole nine yards, the forty-odd-disc deal, from his eponymous, chubby-cheeked debut to his then latest, and still not so greatest, Time out of Mind. I even had mid-eighties howlers like Knocked Out Loaded and, what’s more, I still listened to them. There was no denying the fact, though it would be decidedly un-Bob-worthy for me to say it aloud: I was an extreme fan.

That was before I realized, instead, I had nothing at all. And for that, as for so much of my disconsolate knowledge, I blame the Internet.

Five minutes of astral bodysurfing in the world of virtual Dylania and I was mortified, and soon after thrilled, to learn that my collection represented only the official oeuvre, the tip of a hackneyed metaphor, which hardly counted at all. True fans, it appeared, never listened to them, preferring instead the rarefied pleasures of alternate takes and surreptitiously recorded performances. Because beyond the known albums, and encompassing them as the Oort Cloud of innumerable comets does our handful of planets, lay the unreleased songs, the discards littering dozens of studio floors, and the concert tapes. Untold thousands of hours, all Bob Dylan—sort of how I imagine heaven.

The Dylan apocrypha were once the domain of folk-rock aesthetes and highend collectors, who maintained their ephemera on analogue formats like reel-to-reel. I imagine their precious tapes being played in dimly lit rooms of burgundy upholstery. I imagine much brandy decanted.

The CD burner changed all that. Overnight, the addiction was proletarianized. All you needed to amass a sizable collection of the unofficial discography was to want it badly enough—and did I ever.

And here was the greatest, and the most awful, thing in the world: it was all free.

Burner installed, I soon found many generous collectors happy to start me up with a few discs, which I could then trade with others for more Bob. “I’m interested in the Forest Hills show, August 28, 1965.” “Okay, I’ll take your Tokyo, February 23, 1978.” It went kind of like that. And trading never meant parting with anything; it just meant burning another copy. I gave up nothing and could have it all. The all I thought I’d had, way back in the day.

I started with a modest ambition, at least as these things go. I wanted a smattering of everything, but my dream was a complete collection of Dylan’s 1981 tour. It was a short dream, because I soon had it. More than a hundred CDs documenting what, to the unsophisticated ear, must sound like the same show, over and over again. Then, I became a completist of other favourite tours: the death-defying 1966 trip with the Hawks (later known as The Band); the Rolling Thunder Revue of 1975–1976; the “song and dance” tour of 1978; the hellfire preacherman of 1979–1980. Once I had those, I moved on to tours I didn’t particularly like, yet suddenly needed to have. It was not long after this I found myself tearing through the hubris envelope: Hey—while I’m at it, I may as well get everything!

And it got worse. I began collecting rehearsal tapes and interviews. Worse still, sound checks, in which Bob and the band—or sometimes just the band, but what the hell—would test the concert set-up hours before a show. Just imagine the quality of an amateur recording made outside the venue and seemingly inside a porta-potty. But if you really need to almost hear the first sort of recording of “Slow Train,” with alternate lyrics, then you absolutely must get the sound check for the December 2, 1978, show in Nashville. Just don’t ask me to burn you a copy.

Which reminds me: did I say free? Because while the music itself is free, there are all those blank CDs to consider. And when you get up to burning through a spindle of fifty in less than a week, it’s cheaper to take up smoking, and probably better for your health. And then there’s the postage. It was great to connect with Dylan fans around the world, but mailing bundles of discs to Japan and the UK—and always by air, a courtesy of the gentleman collector—adds up.

But somewhere along the way, I stopped listening to them. I didn’t have the time; I simply had too many CDs to burn. Actually listening to music was a leisure I couldn’t afford. Besides, my wife couldn’t bear to hear Dylan’s voice when my collection was still limited to the official canon. Several more hundred renditions of “Blowin’ in the Wind” have failed to win her over.

My breaking point was a single eighty-disc trade. I thought it was going to kill me. As it happened, it killed only my desire for more, always more. Finally, thankfully, I’d reached my Roberto Duran moment: No más!

In an interview from the summer of 2001 (The Rome 2001 Interview—two discs, excellent quality), Dylan is asked what he thinks of the Internet. “I’m afraid to go on the Internet. I’m afraid some pervert will lure me someplace.”

For the first time, I know how Bob Dylan feels. Be afraid. 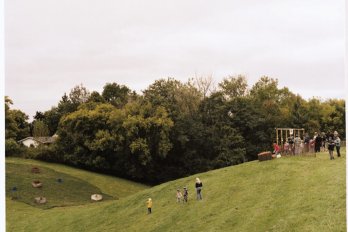