To CBC or Not to CBC | The Walrus
Skip to content 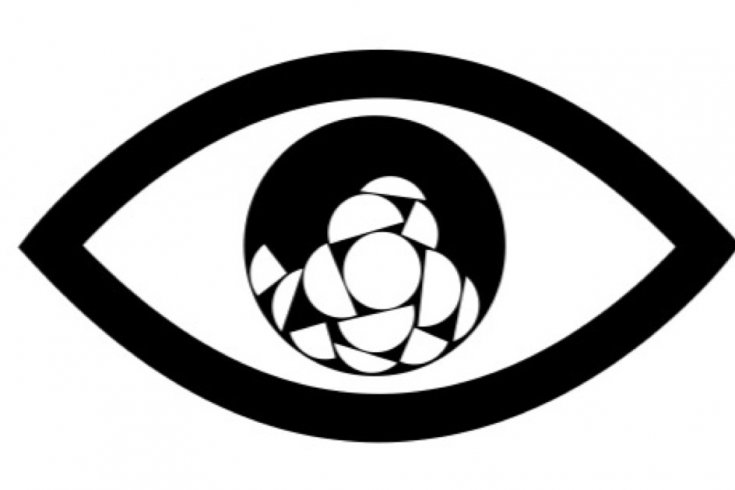 In the debate over whether Canada needs a public broadcaster, on the negative side the familiar arguments are forwarded: cbc audiences have dwindled; taxpayers’ money is supporting a greying class of elite listeners and viewers; subsidies skew the holy market; the cbc has a liberal bias; the world is awash in quality programming, and therefore there is no need for a public broadcaster to create its own. This past summer and fall, locked-out workers held round-the-clock vigils, circling Lego-land headquarters on Front Street in Toronto and other cbc ports of call across the country, and when the opportunity arose, I joined them. As the days turned into weeks, two portraits emerged: a country in disarray, a union born.

For awhile, listening to the full version of Leonard Cohen’s Closing Time and basking in the plumy accents of British Broadcasting Corporation anchors felt, well, different and refreshing. The bbc’s coverage of the crisis in New Orleans was surprising, smart, and humane without being sensational or making viewers feel like voyeurs. But with the kids back in school and things creaking toward normal, the centre couldn’t hold. Habits and addictions die hard, and to round out the day I needed Neil MacDonald on the Mississippi River, Peter Mansbridge on Canada, Carol Off from some far-flung place, Barbara Budd and Mary Lou Finlay on As It Happens.

It can take years to graduate to the cbc, but once you get there you want class to remain in session. On our street, neighbours wondered, “What the hell is wrong with a country that can’t guarantee cbc programming?” Radio dials switched to classical music stations. It was pleasant enough hearing Beethoven and Bach over backyard fences around supper time, but the sense of disengagement from public discourse was palpable.

On the picket lines, contract workers, accumulating resumés with manifold parts—a month here, two months there, a stay of job execution to ponder one’s future—were finally learning the names of those who toil, or toiled, across the hall. They saw that permanent staff are made of flesh and bone, of mind and anxiety. Contract workers are sometimes “casual workers,” and the neologism “casualization” is part of management-speak. Looking at their own CVs—which amount to, “You’re right, nobody has ever taken a chance on me”—many casuals were feeling more like casualties. Some wondered if this march was part of their gratefully accepted twelve-week stint, others whether their stint was effectively over.

Baked by the hot sun or shivering under the cool moon, veteran cbc journalists spoke in the hushed tones of the conspiracy theorist. The endgame, it was suggested, is hockey and the advertising revenue generated by appealing to an undifferentiated mass of viewers, eight to eighty years old, but brought together by a true national pastime. Another view: cash, i.e., save money on programming while the summer burns and people are at the lake. Harsher still: there is a self-fulfilling prophecy at work and the goal is to pare the audience to nothing and to ultimately dismantle the MotherCorp; or, at best, it is to turn the cbc into a storefront, a media Costco, and to move producers from the creative side into acquisitions. No doubt the first purchases, I was told, would come from pbs or the bbc, but, with drama under attack and the thirst for ad revenue ever-present, eventually the demand for simulcast privileges of American shows (already won by private Canadian broadcasters) would be made by the cbc. The transition would have to be managed, but the end result would be sit on the couch, import your programs, and accept colonial status.

Those of a more cheerful disposition cited the Broadcasting Act, spoke wistfully of Peter Gzowski and Barbara Frum, shouted that Canada needs to be reflected back to Canadians and that for a country to be a country it must strut its own stuff, and thanked Mark Starowicz and Rex Murphy as they passed them by . . . maybe for the last time.

The grand and enormous atrium at the cbc on Front Street is one of Canada’s most generous public squares. I have taken my son there and told him, “Part of being Canadian means owning this place.” Circling the now fortress-like exterior walls was depressing, but strangely not too depressing. Through it all, disparate branches of an enormous branch plant (centralized in Toronto, but with live cells from St. John’s to Vancouver) seemed to coalesce into a fifth column around the importance of an independent publicly funded fifth estate. Talks resumed, but the word on the streets in the weeks following suggested that, resolution to the conflict or not, the real battles were still ahead.

Lockouts often produce such results, and, I thought, perhaps this was the shrewd mid-game being played by management. Simple and brilliant, the masters had a master plan: get the troops riled up, get them really angry, and then lay down management swords, and split, united all, for Ottawa. The mess, after all, could be laid at the federal government’s door. And so, for clarity on the central question of the role of public broadcasting in Canada and with the hope of discovering, on second reading, a stalwart defence and shrewd strategy, I revisited president Robert Rabinovitch’s vision statement cum explanation of the challenges facing the cbc, published in the Globe and Mail on August 30, 2005.

On closer inspection two things are clear: his “vision” served only to fuel worker anger, and on those words a robust and purposeful cbc will not hang.

Articulating a mandate can be difficult, and in the reduction nuance is often lost on the shoals of a soundbite, but, fifteen days into the work stoppage, three related things are striking about Rabinovitch’s statement: its timidity, its category mistakes, and its sense of resignation. If, as he states, over the past decade, the cbc (responsible for two languages) has suffered the wounds of a thousand federal cuts, that its bereft budgets amount to one-seventh those of the bbc, and that this, above all else, is the cause of the current malaise and of programming not quite up to snuff, then Mr. Rabinovitch’s strategy should be apparent: instruct the over 7,000 cbc employees—managers, full-time staff, contract workers, etc.—to go to Ottawa, sit in the House of Commons, and refuse to move until the bleeding stops and proper budgets are restored.

Whether at Wal-Mart, Canadian Tire, or the cbc, the job of a president or ceo is to be the corporation’s primary advocate, to create fealty among staff to a vision, and to turn that vision into reality. After identifying the central issue—lack of funding—Rabinovitch’s piece trails off, the apparent burdens of the day superseding the imperative of reinforcing the clarion call: like Canadians who support a mixed economy, who believe, for instance, in government intervention in the health-care marketplace, the cbc cleaves to two fundamental objectives: to knit the country together by appealing to citizens’ highest inclinations and to be an authoritative check and balance on a heavily concentrated private media.

Instead, making his first category mistake, Rabinovitch argues that the cbc must compete with private media, and, essentially, to do so on terms dictated by the marketplace. Wrong. The cbc’s mandate is to transport viewers and listeners out of prosaic reportage on people and things, and into the world of ideas, into issues contextualized through documentary programming. Those of us with memories are not always amused by, or sanguine about, the “just in time” world, and as private media in Canada becomes increasingly dominated by the celebrity-du-jour profile, what shoes to buy, and tawdry gossip about those in power, some of us will pay dearly for depth and safe but challenging mental havens.

The tools of private media include short-term contract employment and the hiring of specialists, and, like a lapdog in need of stroking, Rabinovitch demands the same. Efficiency means the hiring of specialists for a special series on health care, proceeded by the hiring of replacement parts for a special series on Internet blogs. And so it must be. Herein lies Rabinovitch’s second mistake. In fact, what the cbc needs are enlightened generalists and the in-house mentoring capacity to create more of them. A nimble and curious mind will jump from health care to blogs, an eclectic thinker can enter most all conversations. The universities are waking up to this fact, and are pushing a multidisciplinary approach to learning. They are realizing that a person can be straitjacketed by specialization, that the health-care expert who never reads a novel is rendered dull at dinner parties.

The president claims that the cbc must be alert to media trends, must not operate in a vacuum. True enough. It is always necessary to be conscious of other practices, but for models the cbc should also look inside. The charge that this amounts to an interior monologue, to navel-gazing producing more of the same, would be fair if the high points of the cbc’s history were not, in a phrase, simply better than all the rest.

Some years ago, every night on cbc radio, like many Canadians I tuned in to the news, followed by As It Happens with hosts Alan Maitland and Michael Enright, followed by Prime Time with Geoff Pevere, followed by Ideas with Lister Sinclair. Switching over to the other medium, television, this generalist package was buttressed by The Journal with Barbara Frum and the sophisticated Fifth Estate with Hana Gartner et al. Covering current events, culture, and big ideas, as a total package, it was as good as it gets, anywhere.

The people involved did not drop out of thin air. Nor were they noteworthy for their specialized knowledge . They succeeded because of their general curiosity, dedication, smarts, and because the cbc nurtured them and imposed a special challenge: our listeners and viewers are equally smart and curious; they come to the table with educated imaginations; your job is to engage them.

Rabinovitch’s mistake is cleaving to the notion that the cbc must be something for all people. It must not, and its craven attempts to capture “youth markets” have done little, I suspect, beyond alienating smart young people and discomfiting older viewers and listeners. Rather, equally in television as in radio, the cbc must return to being something that people graduate to, something that provides security from decontextualized news and reportage, something that elevates and extends knowledge.

Following the dictates of the market will prevent it from doing so. As Mr. Smith went to Washington, Mr. Rabinovitch should go to Ottawa.