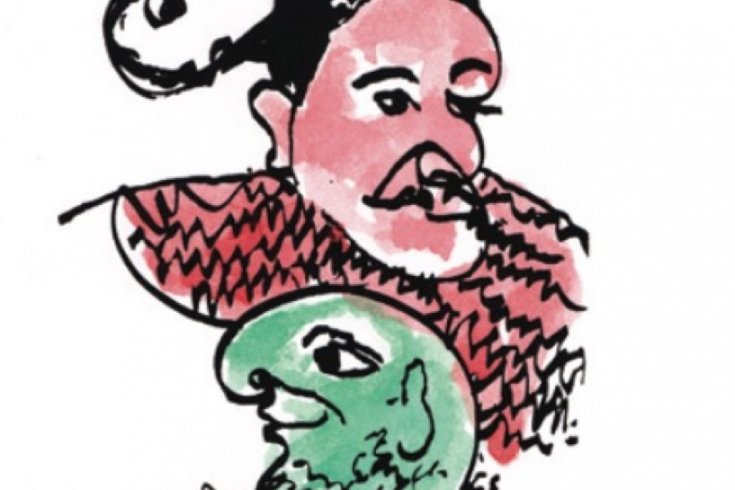 longmont—A sixteen-year-old kid yanks hard on a sliding glass door, but it won’t budge. He’s shirtless, drunk out of his mind, and just wants to go to bed. He’s shouting something—maybe swearing in frustration, maybe calling for his parents to open the damn door. Problem is, it’s not his house. You could almost forgive him, since he lives in the cookie-cutter suburban sprawl that covers much of Longmont, a city about a half-hour’s drive north of Denver. The house whose back door he’s relentlessly rattling sits several blocks away from his own. When the woman who lives there wakes to find what she fears is a pervert coming to burgle or rape her, she calls the police, and they take the kid away.

The next day, at a neighbourhood block party, several men offer to lend the woman their guns. One, a Vietnam vet, says: “Lucky for the son of a bitch he didn’t try to break into my house. I would have blown [him] away.”

That’s Colorado for you, still feeling its Wild West roots. In 1993, both of the state’s senators opposed the Brady Handgun Violence Prevention Act, which mandated a five-day waiting period for gun purchases; two years later, after the Columbine massacre, Governor Bill Owens said on cnn that he didn’t consider legislation a possible solution to prevent future shootings. And the state performed some 150,000 background checks on firearm purchasers in 2004.

So the kid is lucky indeed. Instead of being shot dead or earning himself a criminal record, he is sent to “the circle.”

In the circle, he becomes known as the Offender and must come face to face with the Victim. Around them are members of their families, a few citizens from the community, and two facilitators. If they can all agree on a method by which the Offender can “repair the harm,” the case will never see a courtroom.

Restorative justice, the approach is called, its circle concept modelled after Maori and Samoan traditions. There are now programs like this around the world. The Longmont Community Justice Partnership (lcjp) was started in 1996 by Beverly Title, a sixty-year-old woman with hazel eyes, a kind smile, and a “Give peace a chance” pin with a little picture of a dove on her sweater. In 1994, she formed a non-profit group called Teaching Peace, which organized violence-prevention programs in schools and communities. Two years later, Title heard about restorative justice at a conference and realized it was exactly what Longmont needed. Within weeks she had the chief of police on board and had put together a grant proposal.

lcjp’s major contribution to the model has been to include community members in the circle, locals who haven’t been directly hurt by the crime and who aren’t familiar with the Offender. This is how, on a cold December evening, I found my way into the circle.

The Offender on this night is not a cold-blooded criminal. He’s a fourteen-year-old boy with too much energy. When I arrive at Longmont’s community-justice centre, our little Offender—let’s call him Charlie—is bouncing his left leg nervously and making furtive eye contact with the rest of us. We learn that Charlie has beaten up another kid at the local recreation centre. The Victim, who’s younger and at least ten pounds lighter, ended up at the hospital with an asthma attack. As it turns out, Charlie and the other boy are friends and have already made up. Still, there was harm done, and our job is to figure out the best way for Charlie to repair it. He has provided a list of his attributes, at the top of which are “playing sports” and “building things.” We’re supposed to help him use his unique skills for doing good in his community rather than mauling its younger members.

Overzealously, we design a complicated homework and chore schedule for Charlie. When we start debating what time his grandma should pick him up after school, one of the facilitators gently advises us to back off. We’re “meddling with the running of a family,” he says. After two hours of discussion, we hand Charlie four hours of community service at the recreation centre, and leave it at that. The Offender nods his head in agreement, rapidly beating his fingers on his leg.

According to Title, of those who complete their lcjp agreements (those who don’t get sent back to the court system), only 12 percent reoffend within a year. Longmont’s police chief, Mike Butler, says that statistic is “considerably lower than similar cases that don’t go through the lcjp.”

Waiting at a stop sign in Boulder on the drive home, I find myself at the corner of Patton and Gandhi streets. The army general credited with the immortal words “May God have mercy upon my enemies, because I won’t,” at permanent cross-purposes with the pacifist who said, “The weak can never forgive. Forgiveness is the attribute of the strong.” When you’re in Colorado, you’ll run into folks who swear by both philosophies—a fact to keep in mind if you’re ever out knocking on doors.

Micah Toub is the author of Growing Up Jung: Coming of Age As the Son of Two Shrinks, a memoir.