The Kurdish New Wave | The Walrus
Skip to content 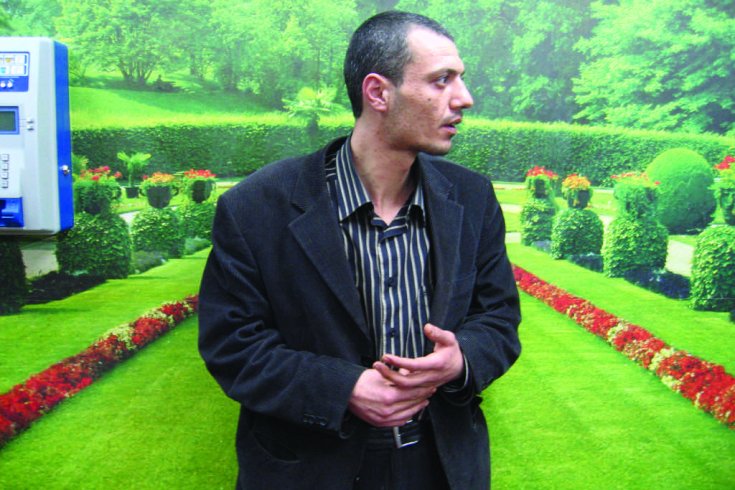 Mehmet Yasa, 28, is the Quentin Tarantino of Kurdish cinema. His film Mesopotamian Darkness was shot with a Handicam and is currently a bestseller among Kurds in Turkey./ Photo by Yigal Schleifer

diyarbakir—Every weekday morning, Hekim Aydin hops on board a beat-up moped and rides to Diyarbakir city hall. He spends his days there archiving historical documents, occasionally getting to shoot a video of a municipal event for the press office. For these mundane bureaucratic tasks, he makes only $670 a month, but it is money well-earned—money he can invest in his true calling as cinematic mad scientist to Turkey’s budding Kurdish film industry. Aydin, a chubby thirty-nine-year-old who resembles a young Mel Brooks, has shot and edited most of the ten feature films made in this ancient walled city of 2 million people along the Tigris over the last two years (not to mention some 200 music videos).

Sitting in a ramshackle studio not far from a bustling yogourt and cheese market, Aydin shows off his technique on one of two off-brand computer monitors in a red-and-white-striped room. He has clearly mastered zero-budget filmmaking: in one scene, the blood dripping down a man’s head turns out to be tomato sauce. In another, an unseen balloon pops next to an actor’s head, blowing his hair back in simulation of a gunshot. But Aydin’s real value to the city’s film scene lies in his vast array of props, testament to his improvisational skills. His prize creation is a crane he built for soaring tracking shots. Unable to afford the $30,000 it would have cost him new, he cobbled it together from parts found at local plumbing and bicycle shops. Now, he is hard at work assembling a Steadicam out of water pipes and grocery-scale weights under the watchful eye of his equally low-tech alarm system: his mother, who lives in the apartment upstairs.

Aydin’s story is typical of Diyarbakir’s struggling filmmakers. The city’s hottest young director hawks tea at a stand near the airport to make ends meet, and its most respected auteur once spent time gathering bins as a garbage collector when the Turkish government shutdown the municipal theatre where he works.

Not that any of them are complaining. As recently as three years ago, the idea of a homegrown Kurdish film industry, with actors speaking Kurdish in films portraying Kurdish problems, would have been unimaginable here. The Turkish republic spent decades enforcing strict controls on the Kurdish language as it attempted to forge a national identity out of the polyglot multiculturalism of the Ottoman Empire. In the 1980s and ’90s, as Turkey and the separatist Kurdistan Workers Party (pkk) fought a brutal war that cost some 35,000 lives and destroyed thousands of villages, these controls became even tighter. During that period, places like Diyarbakir, the political and cultural capital of Turkey’s predominantly Kurdish southeastern region, turned into depressed garrisons. Constant curfews and security sweeps kept civic life to a bare minimum.

Today, Diyarbakir is a city transformed. Shopping malls are going up, and the historic part of town is being spruced up in the hope of attracting more tourists. The return to normality can be attributed in part to the capture of pkk leader Abdullah Ocalan in 1999, and the subsequent end of the guerrilla war. But what really made the difference were reforms enacted by the Turkish government over the last three years as part of the country’s ongoing bid to become a member of the European Union. Among them were new laws easing restrictions on the Kurdish language.

In the fluorescent-lit Asanlar music and video store in Diyarbakir, this liberalization has led to brisk business. At the height of the pkk conflict, the sale of Kurdish music was outlawed in Turkey, but today, Asanlar is stocked floor-to-ceiling with CDs and cassettes from Turkey, Iraq, and the European diaspora. A rack lined with shiny, plastic-wrapped vcds (cheap, low-quality video discs) of new Kurdish films and music videos runs the length of the store. Mezopotamya Karanligi (Mesopotamian Darkness), a movie about internecine violence in a Kurdish village, sits comfortably next to Fatma Salih Aga (Chief Fatma Salih), a story of forbidden love between a woman and a tribal chief. Further down the rack are Dike Gund (Rooster’s Village), a comedy poking fun at small-minded clerics, and Jana Zirav (Deep Pain), which tells the true story of a Kurdish woman who was the victim of an honour killing in Diyarbakir. The films cost the equivalent of $2.25 and typically sell about 15,000 copies.

“The public is hungry,” Aydin says. “They take whatever we give them because they want to talk about their lives and traditions and customs. No one was doing this.”

Sait Alpaslan, the thirty-five-year-old writer and director of Jana Zirav, the first feature—and considered by many the best, so far—of this Kurdish new wave, says the films mark an important shift. “Before, the struggle was political. Today it’s cultural,” he says. “Because of the EU-related laws, we can take back our art. I prefer taking my camera and doing my work to taking a gun and making war.”

The current bestseller in Diyarbakir is Mesopotamian Darkness, by first-time director Mehmet Yasa, a twenty-eight year-old with bug eyes and manic energy. If Alpaslan is the pioneering Sergei Eisenstein figure of the local film scene, Yasa is its Quentin Tarantino, a film geek with an appetite for lowbrow pop culture. The strongest influence on his work is not a director, but an actor. “I’ve imagined meeting Bruce Willis,” he says. “I used to watch his movies every night. He’s very natural.”

Yasa wrote his script on pieces of cardboard while selling tea at his father’s stand. The end result is crude in parts, but it is strangely and irresistibly gripping, filled with tragic deaths and weeping mothers, and a star turn from Yasa, who spends much of the movie with a brooding, Willisesque look on his face.

Although he has no formal film training, Yasa’s boundless ambition and ego could take him far. “My movie was made with one Handicam. If I have the proper equipment, I can make a movie better than The Matrix,” he says intently. Yasa also has an innate understanding of how the movie business works: he’s already working on the script for Mesopotamian Darkness II. 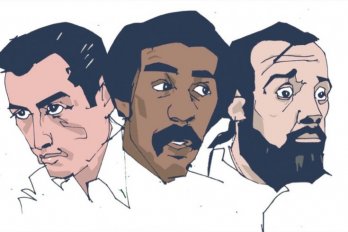 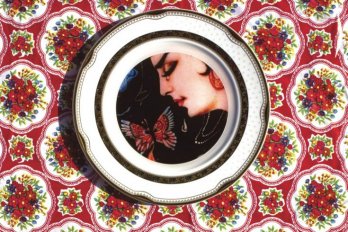