A Mennonite’s Kill Zone | The Walrus
Skip to content 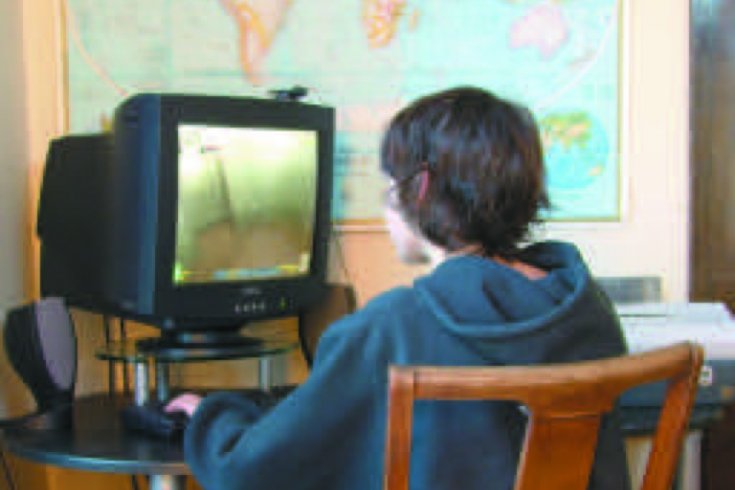 winnipeg—We live in Wolseley, a granola-belt neighbourhood. We are surrounded by tree huggers. We’ve got standards to uphold, pacifist Mennonite standards. So, for the teenage boys in our family, when playing violent video games in this home the following ten rules must be obeyed:

1. You are allowed one hour of gaming per day. This could be half an hour of on-line gaming and half an hour of ps2, or fifteen minutes of ps2 and forty-five minutes on-line, or simply one hour of ps2. You cannot combine online, ps2 and Xbox. You must choose two of the three. Of course, your mother and father would prefer you spend your hour on-line researching ashrams, but if you must play games, keep in mind that only killing with guns is allowed. No bashing, beating, or bludgeoning.

2. Cello or trombone practice must take place before games are played. Fifteen minutes of music earns fifteen minutes on-line. Half an hour earns one hour of gaming. Two hours earns unlimited weekend gaming time. On weekdays, playing time is limited to the hour after school just before supper, and after supper until 7 p.m. Unless a particularly tedious guest is over, there will be no playing during supper.

3. Vice City is restricted to early evenings, between 6 and 7 p.m., and only when parents are home. No running over prostitutes, no killing policemen. If the police are after you, then run: you are not allowed to fight back. If you get wasted, too bad: you shouldn’t have stolen that motorcycle. Most importantly, no clubbing, shooting, or running down women in bikinis.

4. No swearing and no hovering when someone else is playing. Cheering must be kept to a reasonable roar.

5. Do not identify yourself on-line. If you must give your name and other particulars, you will be Harry Rodnick, fifty-two, an accountant, single, living with your mother, and the owner of a hefty gun collection.

6.While playing Age of Empires, lose the blood.

7. In the unlikely event that the computer is wanted for other purposes, precedence is given to the following: (i) research papers, with special priority to essays on the pacifist Felix Manz, who at 3 p.m. on January 5, 1527, was taken from his last imprisonment and drowned in the Limmat River, which flows through the centre of Zurich;
(ii) Kazaa downloads—particularly songs like “Imagine”; (iii) Reruns of Gilmore Girls;
(iv) ashram research;
(v) Medal of Honor Allied Assault;
(vi) haiku writing;
(vii) fox News.

8. Every member of this family, before he plays, must read (or have read to him) Dr. Grebel’s article, “The Zwingli Factor: Boys, Video Games, and Violence—Catharsis or Trigger?”

9.What would you rather be: a martyr and peacemaker or a killer? See 7 (i).

10.If these rules are not obeyed, or if there is arguing around the games, or if you insist on regulating each other’s time, or if fists fly, you will have to read, over thirteen consecutive evenings, all 1,158 pages of The Bloody Theater or Martyrs Mirror of the Anabaptists or Defenseless Christians, by Thieleman van Braght.

David Bergen will publish a new novel, Stranger, in September.