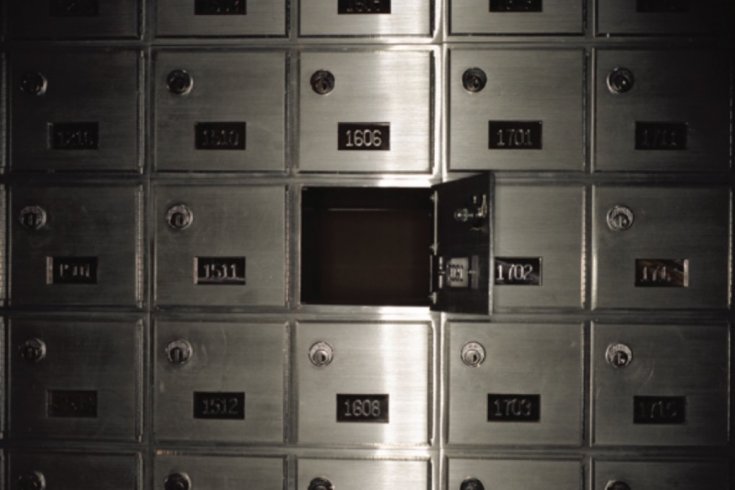 All it takes for foreign companies to call themselves Canadian is a stock market listing and a mailing address in this country. / Photograph by Eamon Mac Mahon

When former British commando Anthony Buckingham set out to make his fortune mining diamonds and pumping oil in war-torn Angola, he thought hard about choosing the right corporate partner. Signing an exploration deal and ensuring security was no problem—he had connections with key politicians and military men in Angola and was friends with a group of South African mercenaries. But to find a partner who had the money and expertise to do the work, he had to align himself with a country that would not ruffle political feathers in post-colonial Africa. Firms from the United States were out—too much baggage left from the Cold War when Washington tried to undermine an Angolan government which was supported by the Soviet Union and Cuba. So Buckingham turned to another powerhouse in the energy and resource sector: quiet, unassuming Canada. Firms in this country, he told Gordon Bowman, then an executive with Ranger Oil of Calgary, could fly low on the radar screen politically. Canada wasn’t overtly anti-Communist, had no military history in the area, and was not an economic behemoth inclined to throw its weight around. As a corporate nationality, “Canadian” was perfectly nondescript.

Buckingham made the deal in 1991 with Ranger Oil, an independent oil firm that was taken over in 2000 by Canadian Natural Resources, one of Canada’s most respected oil and gas companies. Then, two years into the partnership, Ranger found its name linked to South African mercenaries in the international press. Buckingham had called in a group of former apartheid-era soldiers from South Africa, known as Executive Outcomes, to reclaim the company’s supply base from rebels. Canadian Natural Resources still has a presence in Angola, but severed the Buckingham connection.

Buckingham’s next partner of choice was DiamondWorks of Vancouver. Starting in 1996, hope used its listing on the Vancouver Stock Exchange, now the tsx Venture Exchange, to raise money for the diamond concessions he owned in Angola and Sierra Leone. Another flurry of international headlines followed, linking the firm to mercenaries fighting rebels in Sierra Leone.

We think of flags of convenience solely in terms of merchant vessels who register in Liberia or Panama in order to avoid high taxes and strict labour standards in their home countries. But large corporations also have a version of this identity game, and it’s particularly popular in the resource sector. Companies carefully choose where to register their head office and subsidiaries, picking one country for its low taxes or lax disclosure rules, another for its mineral resources, and yet another for its positive national image. Often their link to Canada is nothing more than a brass plaque on a door and a contract with a local law firm and accountant. The people calling the shots—the chairman, the president, and even many of the directors—are often located in another country.

Buckingham liked the Canadian connection so much that in 1996 he set up his own Canadian company, Heritage Oil of Calgary, to explore and produce oil in Oman, Uganda, and the Democratic Republic of Congo. Heritage is registered in Alberta and listed on the Toronto Stock Exchange, but Micael Gulbenkian, its chairman and chief executive officer, gives his official residence as Switzerland, as does Buckingham, a director and the major shareholder. All of its operations are overseas and they are owned through a series of companies registered in the offshore tax havens of Barbados and the Bahamas.

There are other resource companies that fit the Heritage profile. How many is not clear because no one—not the tsx Group which runs the two Toronto stock exchanges, not the securities regulators, and not the federal department of Natural Resources—keeps track of which companies are Canadian.

Elaine Ellingham, mining specialist at the tsx, says she tried to get a handle on this recently for the close to one thousand mining companies that trade on the tsx and tsx Venture. She found that 35 percent of the chairs and 27 percent of the directors were not Canadian. But, she points out, in the global mining business, merely having foreigners on the board of directors does not automatically disqualify a company as Canadian.

James Lauer, a financial analyst at Natural Resources Canada, says having a head office and staff here is the real proof of Canadian corporate citizenship. Greg Gossen, a mining expert who currently works for the British Columbia Securities Commission, says he looks at where the head office is located and where the auditors and legal counsel are based. Directors giving overseas addresses might well be Canadians who have relocated abroad to legally avoid paying Canadian taxes, he says. Many are legitimate mining firms who come to Canada because it ranks first in the world in mining investments. Sixty percent of public mining companies across the globe have listings on the tsx or its junior exchange, the tsx Venture. Their presence attracts a critical mass of investment analysts, bankers, and lawyers who know how to do global deals, and the tsx Group is actively beating the bushes for more resource firms to list in Canada. As Ellingham says, “You are going to get more customers walking down the street if you’ve got more product on the shelf.”

It’s clear what the resource companies get out of the deal—the ability to call themselves Canadian with all that that entails: a positive national image, a solid reputation for mining expertise, and access to government resources through our embassies abroad. The lawyers, accountants, and the stock exchanges all benefit from fees for the business they do for these companies.

There are, however, downsides for Canada. Heritage Oil highlighted one in the annual information form it filed with the Ontario Securities Commission last year. It stated that while the company is incorporated in Alberta and has its head office in Calgary, the fact that a number of its officers and directors and all of its assets are overseas means that shareholders might find it difficult to enforce any judgments against the company in Canadian courts. Another accountability gap yawns when overseas mines and oil fields are owned by subsidiaries registered in offshore financial centres—a common practice among multinationals in all industries. Not only does this draw a veil over foreign activities—just try getting detailed information out of the British Virgin Islands or the Channel Islands—it also exempts supposedly Canadian companies from paying Canadian taxes.

And then there is the damage done to Canada’s international reputation when companies with few ties to this country don’t feel bound by its laws. “Miner linked to mercenaries” and “Corporate Corporate dogs of war who grow fat amid the anarchy of Africa” were headlines on stories linking Canadian companies to mercenaries in 1997, just as Ottawa was promoting Canada’s new human-security policy around the world.

Ivanhoe Mines of Vancouver is another case in point. Its chairman, Robert Friedland, a Canadian, lives in Hong Kong. Its deputy chairmen live in Idaho and Singapore. The company president lives in Ireland. All of its operations are overseas. In 1988, to protest well-documented human-rights abuses by the military regime, Canada suspended commercial relations with Burma and withdrew support for Canadian firms doing business there. Despite this clear signal from Ottawa, Ivanhoe began operating a copper mine in a joint venture with the Burmese government in 1998, and has generated millions of dollars for the ruling junta this year alone.

The curious can find some, but not all, of these details by reading the various reports that companies are required to file with securities regulators. However, disclosure is heavily weighted toward the technical and financial aspects of a company, while non-financial issues are glossed over in boilerplate language that could describe the situation in any number of countries and companies.

Buckingham is described in Heritage Oil reports as a self-employed businessman. No mention is made of his military background or mercenary friends. He has neatly married Canada’s desire to be the global capital of mining finance with his own need for a national identity that will help him win contracts and raise money for his oil operations overseas. In doing so, he has shown that you don’t have to be a Canadian to fly the Maple Leaf abroad.