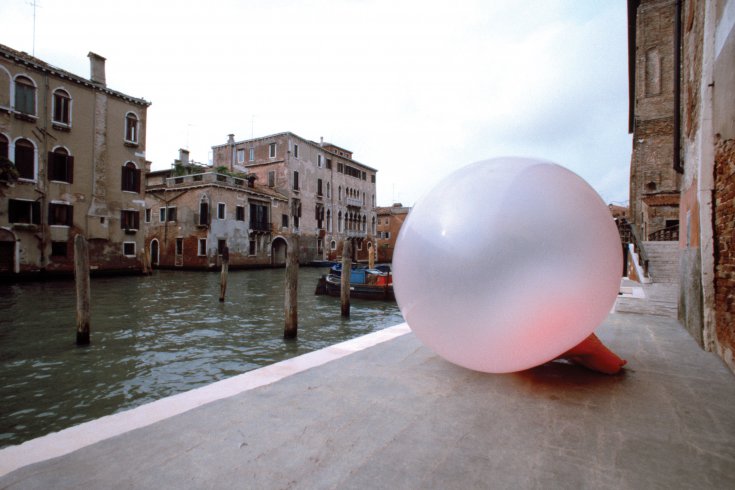 “I make installations that are momentary. I photograph them, but I think of them as sculptural because they deal with space. My photographs show a recomposition of space through a manipulation of point of view.

“The bubble-gum series (which includes shots of wads of gum stretched between buildings, and the giant-looking bubbles) was created for the Venice Biennale in 1999. I had a small budget, but I wanted to do a huge piece in this place where everyone else was showing huge pieces. The chewing gum is real, chewed, chewing gum and, in the pictures, there appears to be a lot, but I only used a few packages for the entire series of thirty installations. I blew the biggest bubbles I could and then put the gum very close to the camera, about thirty centimetres away, to make it appear giant. Gum is such a common material that the contrast between these small wads of it and the big sculptures being shown at the biennale — and just the cultural weight of Venice — was great.

“I did my ice-cube series because I kept thinking that it’s somehow impossible to make a picture in Paris — it would be such a cliché. So I put ice cubes right in the middle of the image. While you might recognize the city, your focus is on the rectangle of ice. The illuminated-house series was for a public installation in a very small town here in Germany called Borken. I brought very strong lights, the kind you use on film sets, and a generator. I pointed these spotlights at several buildings and then photographed them. I used the city itself but tried to shift the reality a little. I print the images very large; some are the size of billboards. I want people to be seduced.

“My curator at the Venice Biennale told me a man came to him during the exhibition. He wanted to know if all the sculptures were installed within the city. He said that he had seen a few of the giant bubble-gum sculptures but wasn’t able to locate the rest.” 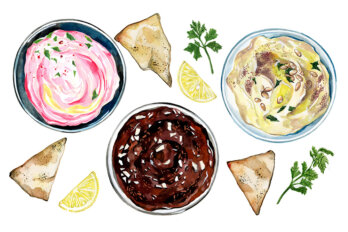