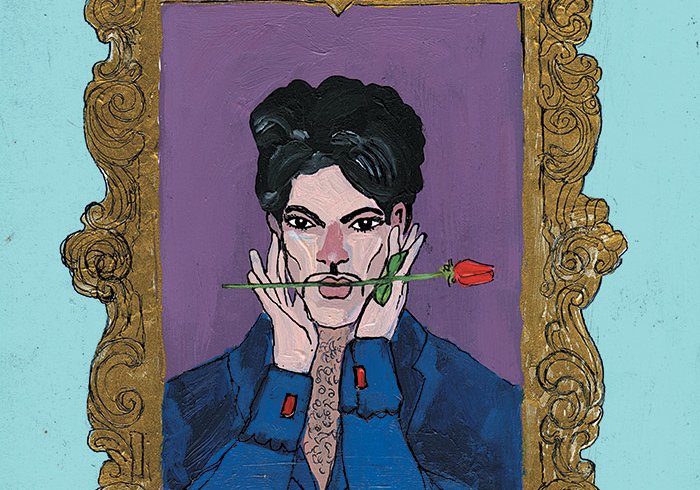 Iwouldn’t fuck Prince if he was the last man on Earth,” Sonya told her friends, drunk and searing with challenge, that New Year’s Eve before the end.

This was just before midnight, seconds before the world and all that was in it went spinning into the new millennium. Out came the tequila. Then it was “Ten! Nine! Eight!” and at “Happy New Year!” Sonya downed her shot spluttering and snorting, the booze scorching her nostrils, and almost instantly the whole night—the whole century, it seemed—swelled up from somewhere and everything went careening into a great vertiginous swirl of noise and light, and the next thing Sonya knew she was waking alone to the year 2000 and a head full of thunder. And everyone was gone. And the city was empty. And it was the end.

It was just Sonya. There was no one else left.

But, wait. That was not entirely true.

Jesus. What if Prince was the last man on Earth? What a nightmare. And if there were other women out there, scattered around the continent and perhaps even the world, hearing in this message some sort of salvation—well, they had to be stopped. And so Sonya was driving her leased Accord over the border to Minneapolis to intercept these women, to talk some sense into them before they stumbled, naked and duped, into ‘s candlelit boudoir—a place Sonya imagined as all chiffon and gossamer and satin, and a heart-shaped bed with that weird bluesy nymph sprawled upon it with a rise in his silk pyjamas and a rose in his—Christ—teeth.

ZIPPING WESTWARD on her snowmobile, bundled tight head to toe, Prince’s voice ringing through the headphones in her helmet, Mrs. Mendelbaum tried to imagine who he might be. His voice was somehow . . . humid. Sultry and dripping. The music slinked and humped and awakened in Mrs. Mendelbaum a peculiar tingle she hadn’t felt for decades. But this was no occasion for tingles! In times like these it was important to think rationally. People needed to come together. If people did not believe in God at least they believed in other people. And while Mrs. Mendelbaum had no uterus, she did have a lot of love to give. She would not be much for repopulating the earth but she was a damn fine listener and a purveyor of really great hugs, things she knew mattered as much as the ability to procreate, if not more. For what sort of world was it to bring a child into without love? And Mrs. Mendelbaum tended a great simmering volcano of the stuff in her chest, ready to spew caring and compassion in pure, sizzling geysers of molten hope.

To continue reading, purchase this story from Walrus Ebooks.

Rachelle Maynard is an art director at Black Cat Advertising and a past contributor to the New York Times, the Washington Post, and The Walrus.