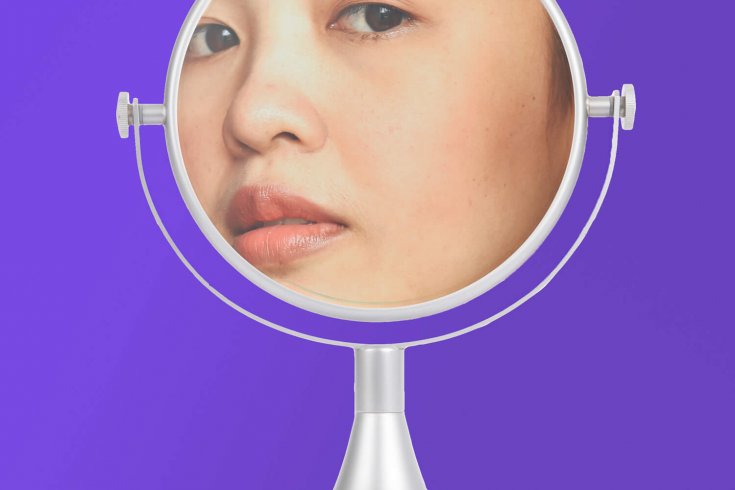 I have to admit, I’m tired of my face. As a comedian and all-around performer, I spend way too much time looking at it, not because I am particularly vain but because appearance and, subsequently, visibility are essential to making my work sustainable. So much of building a career in entertainment is about getting your face “out there.”

My preshow beautification process is down to a specific routine: first eyes, then face (full-coverage foundation), brows, lips, and then a few spritzes of setting spray, so it all holds and I don’t wind up looking like Goldie Hawn or Meryl Streep at the end of Death Becomes Her. Before I’ve even left the house to get to my gig, I’ve already spent at least two hours working. Hours that very few other people working in comedy have to put in—by which I mean the (mostly) male comedians who often look as if they’ve just rolled out of bed and thrown on a flannel shirt. You may be thinking, “Stop complaining and just do the same.” And you’re right. I don’t have to spend hours doing my makeup; I don’t have to do my makeup at all. Beauty is an obligation I’ve self-imposed.

But, then again, it isn’t that simple. In addition to being a performer, I’m also a trans person in a culture that seems to only understand gender through appearance. My being seen as the woman I am is almost entirely dependent on my ability to perform femininity as its been established in our culture—namely, to be beautiful. Here is how I feel most of us have been taught to process gender: if a person looks female, she’s a woman; if a person looks male, he’s a man. Those of us who don’t always look perfectly female or perfectly male are subject to being misgendered and misunderstood; we are often the subject of ridicule, judgement, and scrutiny. There is an unfair assumption made about each of our gender identities based on how we look, but gender identity and appearance are two completely separate things. Looking like a boy or looking like a girl doesn’t mean that you are one.

I’m a trans person in a culture that also actively and rigorously promotes and enforces the gender binary. That is, a great divide between male and female—one we’ve been taught to believe is real, when, in reality, it’s an illusion. I believe that no personality trait or physical characteristic is inherently male or female. The arbitrary binary’s purpose, as I see it, is to limit and control women in order to ensure the power, dominance, and wealth of straight white, cis men. Unless you’ve been living under a rock, you already know that women are taught to be submissive and subservient; women are taught to sacrifice, to have children, to serve men. When a woman works, she’s often paid less; when a woman doesn’t look “hot” or when a woman ages, she’s ignored. These messages are still being aggressively disseminated through media. But, as the conversation of gender identity and expression becomes more and more prominent, the power of these messages are starting to weaken. And that terrifies a lot of people.

I’m a trans person in a culture that also actively and rigorously promotes and enforces the gender binary.

Transness, in its ambiguity and nonconformity, is seen as a particularly strong threat. Transness says, “Wait, I don’t have to be a woman or a man in the way the culture has taught me to be.” Transness says, “I can be my own person. I don’t have to conform.” But, in response to that defiance, the culture says, “If you transgress against the binary, we will make life hard for you. You will be ridiculed. You will be misgendered. Your safety will be at risk.” Last year, at least twenty-six transgender people were fatally shot or killed by violence in the US, for example, according to the Human Rights Campaign, an organization that advocates for LGBTQ rights. The majority of trans victims are people of colour. So far, in 2019 alone, there have been twelve known killings of trans women of colour in the United States.

To accept transness would mean to accept gender nonconformity—which, to me, in turn means accepting that femininity is equal to masculinity. It could even mean the end of capitalism, when you think about it: capitalism needs people to believe in nuclear families, in traditional beauty, in buying your way to happiness and conformity. When you think about all the ways being transgender threatens the gender binary, upon which so many systems of control and oppression are built, it becomes clear why it’s such a rare thing to see the mainstream celebrate beauty in uniqueness and ambiguity. To see nonconformity celebrated in the mainstream could be an invitation to revolution, and so the celebration currently remains underground (although that is slowly starting to change). The mainstream tends to see beauty only in the things it recognizes and can identify.

And many people, when confronted with the unknown or something they do not understand, react in fear.

I’ve never understood why people are so afraid of the unknown, but I’m sure it’s this fear that incites complete strangers to ask me such delightful questions as: “Are you a boy or a girl?” “Do you have a penis?” “What’s your real name?” “No, but, like, in your everyday life, what do people call you?” “Is that your real hair?” “Have you had surgeries?” And my favourite: “Are you full time?” That is the most offensive and ridiculous question of all. Am I full time? Am I full-time what? Yes, believe it or not, and sometimes to my own dismay, I am an actual human being. Full time. 24/7.

I pretend not to know what people mean by that question, but I know all too well. What they’re really asking is: Do I look, dress, and act like a “real girl” all the time? It’s as if until I adhere to society’s warped feminine ideal in every waking moment, I do not exist. That’s when I start to feel like a prisoner of my own appearance; that’s when I start to feel the obligation to perform femininity, the obligation to be beautiful.

As much as I am feminine, as much as I love to indulge in the girly fantasy of Vogue-level beauty, I don’t always want to spend two hours on my appearance. Sometimes I just need to go to the grocery store. But, when I’m not wearing makeup or I don’t have my hair done, when I’m just wearing jeans and a T-shirt, going about my everyday life, people often perceive me as a boy. And I am constantly misgendered. My female spirit is rarely seen or acknowledged unless I present it visually. It feels unfair, because even Jennifer Lopez doesn’t look like Jennifer Lopez without makeup on.

I understand that being misgendered is not usually personal or malicious; it is simply based on the fact that—again—our culture primarily defines and understands gender through appearance. But it still stings. I minimize the experience of being misgendered because I don’t like to admit how much it can hurt; it’s a mix of frustration and humiliation. It’s made worse by the fact that in my profound fear of confrontation, I have a hard time correcting people when they misgender me. Also, sometimes, I don’t feel like explaining or justifying why I look the way I look. Justifying my appearance often feels like I’m justifying my existence. It’s emotionally exhausting.

As much as I am feminine, as much as I love to indulge in the girly fantasy of Vogue-level beauty, I don’t always want to spend two hours on my appearance.

I often ask myself what I have to do to be seen as the person I am. Am I supposed to be in full makeup 24/7? Get laser hair removal? Have surgeries that I don’t want to have just to make myself more easily understood by people? Why should I have to do any of those things to simply be understood and be seen as the person I am? And the answer is: I don’t. I don’t have to and I shouldn’t have to.

We need to see a shift in our view of gender. I would love for us to stop making assumptions about one another’s gender identities based on appearance. I can see that shift starting to happen. Even major corporations are starting to see the value of trans and nonbinary representation. Sephora Canada’s latest ad campaign, titled “We Belong to Something Beautiful,” prominently features collaborators whose beauty defies convention (including my brilliant friend and writer Kai Cheng Thom!). Even if a corporation’s motivation is strictly financial, at least it substantiates the worth of our existence within our capitalist context. While I think we’re a long way from seeing our society’s view of gender change, the strides we in the LGBTQ community have made in the last few years are monumental.

Perhaps the anguish I feel when I’m misgendered is an invitation to examine where that pain is really coming from. Part of it is definitely derived from my constant confrontation of the patriarchy’s rigid gender binary and the ways it threatens and marginalizes trans people. But, if I were to be completely honest with myself, part of it is also derived from my egoistic attachment to my identity as female (yes, I’ve been reading A New Earth by Eckhart Tolle and listening to Oprah’s SuperSoul Conversations podcast; I am not ashamed and highly recommend you read and listen too).

Appearance shapes the way the world sees us. But what does it say about who we really are?

I am at a crossroads in my life right now. Part of me is still attached to being seen as female—an attachment that mostly generates feelings of not belonging, of shame, and of rejection. But another part of me is starting to understand that I will never be able to control how others see and understand me. This is the part of me that wants to let go of my need to be seen by others as a beautiful woman. This is the part of me that is realizing a misogynistic, damaging culture created the feminine ideal I have in mind. And it’s also me realizing that so-called ideal is not the woman I am nor the woman I want to be.

Ultimately, it’s about me knowing that my beauty as a trans person is not conditional. It does not rely on being seen or understood by others. Nonconformity is powerful. Real beauty is the force that dares to defy a culture that does everything in its power to erase difference. And that’s the only type of beauty for which I truly need to strive.

Tranna Wintour is a comedian, singer, writer, and producer. She is also the co-host of CBC Podcasts's Chosen Family. 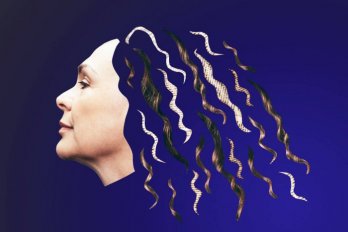 The Year I Went Bald 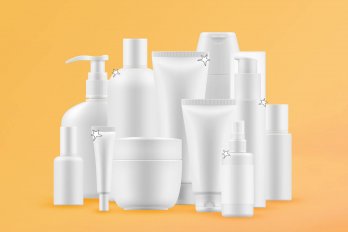 When Did Self-Care Become so Unaffordable?