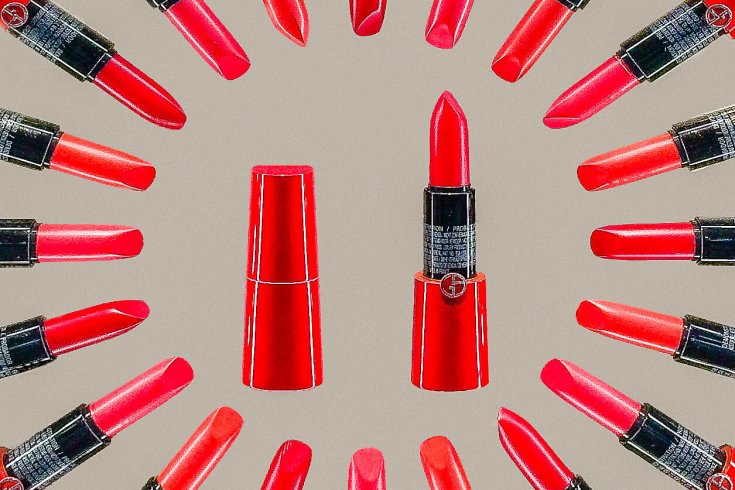 On March 7, Kim Kardashian posted a fully nude image of herself to Twitter that was captioned, “When you’re like I have nothing to wear LOL.” The image received near-immediate backlash; Piers Morgan offered to buy the reality TV star clothing, and actress Chloë Grace Moretz scolded Kardashian for not teaching young girls that women “have so much more to offer than our bodies.”

Kardashian, Orenstein argues, is really neither. The nude photo is just another facet of what she calls Kardashian’s powerful “patriarchal bargain”: she’s “using the rules of the system to get whatever power she can from it,” Orenstein explains. “It doesn’t make you a feminist or a slut. It makes you a commodity.”

While feminists of a certain wave may bristle at the thought, a younger, sex-positive set may agree with Kardashian’s own explanation for the image: “I am empowered by my sexuality.” Sonya Barnett—the Toronto sex educator and founder of SlutWalk, an annual demonstration aimed to dispel the prevalent notion that a woman invites sexual attention or advances with her apparel—is among them. (SlutWalk, as a global phenomena with Canadian roots, is mentioned in a positive context in Girls & Sex.) “Why,” Barnett asks, “does expressing yourself, whether it’s to make yourself feel good or to make an impression on others, become objectification?”

Orenstein, for her part, attempts to disentangle sexualization (which is other-directed) and sexuality (which is self-determined) throughout Girls & Sex, and the ensuing discussion and investigation is as fascinating and at times shocking as it is pertinent.

In 2011, one Kenyon College study found that more than a third of the clothing marketed to girls (toddlers to preteens) had sexualizing features, such as designs that emphasize the children’s chests or butts, slogans such as “flirt,” and, in one controversial case that resulted in the item being removed from store shelves, the phrase “Who needs credit cards?” printed on pairs of pink underwear. As Blye Frank, dean of the education faculty at UBC, told the Canadian Women’s Foundation, this trend (and its myriad expressions in advertising, children’s TV programming and magazines such as Cosmo Girl promising tips on how to “flatten your belly” and “make him yours by text—tonight!”) leads experts and parents alike to conclude that “the challenges a fourteen-year-old girl faced twenty years ago are the challenges faced by nine-year-old girls today.” In other words, girls are consistently taught by the culture at large that they need to know how to be sexy before they’re tall enough to enjoy most amusement park rides.

In light of the trend of increasingly premature sexualization, Girls & Sex positions itself well as a sort of Young Women 101, outlining the challenges girls (and, by extension, their parents) are facing in 2016. Orenstein shines stark light on just how little progress has been made in terms of establishing an egalitarian playing field between developing boys and girls—frankly, it pours a cold bucket of water on the mere idea of progress. Orenstein interviewed dozens of young women on topics ranging from masturbation and selfies to oral sex and rape, and a nearly unanimous reflection of Frank’s observation emerged: young women are more aware than ever of sex-as-currency, but remain uncomfortable with the notion of wanting, requesting or demanding sexual fulfillment or pleasure—even from themselves.

Barnett agrees with one of Orenstein’s central tenets: higher-quality sex ed focused more on pleasure—and especially female pleasure—would help to contravene the prevailing message that female sexuality exists purely for the use of men. “Without being taught that girls are deserving of pleasure, it’s no wonder that they become squeamish at the thought of it, even guilty,” Barnett says. “Sex needs to be placed in a pleasurable framework, not one of practicality or fear,” she explains. “Once we focus on the realities of sexual activity and be more inclusive of sex that isn’t just penis-in-vagina, we can help kids navigate through sexual experiences without fear or expectation.” If educators work to eradicate the insidious notion that women alone are responsible for protecting themselves against pregnancy, disease and assault while at the same time providing pleasure to and for men, the result may be a framework into which there is room to insert the message that sex is a pleasurable—even healthy—two-way street.

There is significant opposition to the kinds of reform Barnett proposes entering into school curricula. In Ontario, the provincial Liberal government faced widespread backlash and protest to changes to the sex-ed curriculum implemented in September 2015 that include lessons on consent and diverse sexual orientations, arguing that educating young people about sex is itself a form of sexualization—the very opposite of Orenstein’s thesis. In May 2015, female students in the province launched their own individual protests over dress code stipulations preventing “provocative” and “revealing” crop tops on the grounds that the rules were unfairly gendered, and needlessly sexualizing. The two parallel debates—and their contrasting ideologies—serve to reinforce many of Orenstein’s points regarding education and sexualization: through a lack of robust education telling them otherwise, girls are made aware of themselves as sexual commodities, not sensual humans deserving of pleasure, but given no information as to how they ought to best navigate their sexual impulses and desires.

Female participants in the crop-top protests were fighting for their right to wear stylish, skin-baring clothing against gendered guidelines attempting to protect their male counterparts from distraction. Orenstein agrees that the guidelines are gendered, but sticks to an assertion that girls are doing themselves no favours by putting themselves on display. The type of social media-driven body pride that Kardashian and her contemporaries might call empowerment, Orenstein calls self-objectification.

“Does [embracing self-sexualization] lead to a healthier attitude about sex? Better mental health and body image?” Orenstein wonders. “No. Telling girls to cover up because of boys teaches them that their bodies are inappropriate. But at the same time, telling them that it’s okay to wear crop tops and tight short skirts to school—calling that the battle cry—is troublesome as well. What we really need to do is question the terms of the debate.” For Orenstein, because Kardashian’s nude photo suits the parameters of a “patriarchal bargain”—using rules made for and by men to one’s own apparent benefit—it is excluded from any definition of empowerment, never mind feminism. (When I ask Orenstein point-blank if she thinks Kardashian’s selfie could be contextualized as feminist, she flatly answers “no”.)

It doesn’t allow girls much agency to suggest that sexual bravado and exhibitionism is merely an unconscious adherence to patriarchal standards. In fact, it is restrictive of young girls’ abilities to experiment with confidence and empowerment: better to open a discussion surrounding when, how and why sexy selfies and crop tops are empowering than to say cleavage and short shorts are only ever regressive.

Suggesting that girls ought to be mindful of what they’re putting on display is scarcely different from suggesting others are taking note. It is unclear how to encourage women to be comfortable and emboldened in their sexuality without selectively suppressing it. We see this difficult polarity not just in Orenstein’s book: on the Instagram accounts of teenage girls, “sexy” selfies and revealing bikini photos garner more “likes” (which is to say more validation) from peers, but are just as likely to be criticized as attention-hungry or slutty. Female celebrities whose good looks and sex appeal are celebrated and marketed are demonized when naked photos suggesting that they are actually living, breathing, sex-having human beings are leaked on the Internet. Girls in Canadian high schools are taught to be confident, driven and independent—up to the point where that confidence involves a physical display, because then, they ought to be ashamed. So when Orenstein tells me that “expressing your sexuality by exhibiting your nudity as opposed to understanding how your body works and taking pleasure in your body are different things,” she is very much in tune with prevailing attitudes about female empowerment, but slightly out of step with how those attitudes are changing—or at least being called to question by women such as Barnett.

And yet, there are exceptions: While Orenstein is fond of the refrain that girls “confidence comes off when their clothes do,” she’s also supportive of Lena Dunham’s use of nudity and sex on her TV series Girls, which she says is a direct critique of the same systems that make someone like Kardashian famous. “‘Hot’” demands that certain women project perpetual sexual availability while denying others any sexuality at all,” Orenstein writes in Girls & Sex. But flipping that script—allowing Dunham to be critical but denying Kardashian’s feminism—is a tough pill to swallow, particularly if you believe that the empowerment of some women ought not to come at the expense of the empowerment of others. “We should all be allowed to celebrate how we look,” Barnett says. “Objectification is done by others. I could argue that Orenstein’s opinions on Lena versus Kim shows she’s the objectifier.”

The idea that a girl can flaunt it because she’s proud of it, not simply because she’s hoping to harness sexual attention, is complicated. “I can understand a correlation between, for example, reading Cosmo as a teen and learning that dressing a certain way will get you attention—leading, in turn, to thinking you have to please others,” Barnett says. “But wanting attention, for whatever reason, is not a bad thing in itself. If Orenstein wants to use the term self-objectification, then we all do it in some fashion. We all present ourselves in a certain way to get noticed, whether it’s by suitors, employers, or peers.” And contextualizing this type of validation as a sort of crutch at best, a “patriarchal bargain” at worst, is dismissive of the notion that one of the primary battles fought by feminists is for the right of women to own their own bodies.

Orenstein’s approach to exhibitionism-as-empowerment dissociates the body from the act; she suggests approaches to education that emphasize female pleasure but do not allow for the idea that that pleasure could extend to sexualized self-expression. Orenstein’s ideal contract of ownership that each woman ought to have over her own body come with a list of provisions that are—while well-intentioned and usually backed by well-selected research—somewhat regressive. “My generation was . . . threatened by sexuality or nudity, in the sense that we felt threatened if we didn’t behave in a certain ladylike way,” Gloria Steinem told the Observer in 2005. “When we see young women running around with their stomachs exposed and tattoos and whatever, we don’t understand that to them, it’s an expression of power.” That this expression now manifests itself as selfies and crop tops makes it no less powerful.

Rebecca Tucker (@RebeccaTee) is an associate editor at Toronto Life.