I find radio and television advertising irritating. It’s intrusive and often insulting (are twentysomethings really as empty headed as they appear in Budweiser commercials?). Newspaper advertisements are less annoying—if you don’t want to read them, you don’t have to—but for the most part not much fun. As for Internet advertising, it’s early days and too soon to say. Which brings me to magazines. I’m biased, of course, but I believe people actually enjoy the ads in magazines. They’re not intrusive and seldom insulting or boring. They’re colourful, often beautiful, sometimes highly creative, and, depending on the magazine, as compelling as the editorial content itself. Case in point: Vogue, whose September issue often runs to more than 750 pages, most of them advertisements. If Vogue were published in two formats, one with ads and one without, most readers would choose the former. I suspect this would be true as well for the readers of many other magazines, including this one.

But however complementary, the relationship between magazines and their advertisers is often misunderstood. And yet it’s very simple. The advertiser has something to sell: watches, financial services, or, as is sometimes the case in The Walrus, an idea. What the magazine provides, for a price, is an audience. Publishers talk about selling a commodity, pages, when what they’re actually selling is access to their readers. The magazine does not, as people sometimes suppose, choose its advertisers, any more than it chooses its readers. It attracts the advertisers it attracts, and it may not believe in what they’re selling, just as its advertisers may not agree with the published views of its editors and writers. Editors and advertisers live, as it were, under the same roof, but they have separate bedrooms; at least, they’re supposed to.

In its codified detachment, the relationship between editor and advertiser is often compared to the separation of church and state, the concept Martin Luther introduced in the doctrine of “two kingdoms” during the Reformation. This arrangement serves the interests not only of readers but also of advertisers, because a magazine is a more efficient vehicle for the marketing of goods, services, and ideas, if its readers trust it. When it allows its appetite for advertising revenue, or the advertisers themselves, to influence editorial decisions, the separation of church and state is compromised, and readers, noticing that the bedrooms are now shared, disengage. In a previous incarnation,  I worked at Toronto Life, a magazine that sometimes published reviews that offended restaurant advertisers. Often, they threatened to take their advertising elsewhere, and sometimes they did. But no matter the cost, the magazine stood its ground, because to do otherwise would risk its credibility with its readers. Enlightened restaurateurs understood.

Journalists, including me, often feel conflicted about advertising: grateful because it helps pay the bills (including salaries), and because financial sustainability is an editor’s best friend; when a magazine is solvent, its owners tend to leave its editors alone. Grateful, then, but wary, because advertising is always self-interested, which is what distinguishes it from journalism. This is also why journalists sometimes dismiss it as irrelevant or, worse, dishonest. Yet what could be more honest than the shoemaker’s desire to  have people buy his or her shoes? Seen in this way, the marketing of products is a natural consequence of the making of them, and in a consumer society it’s hardly irrelevant, and only dishonest when it’s, well, dishonest—that is, when it makes false claims.

And what of the journalist as advertiser? Like the shoemaker, we at The Walrus want to sell what we make to as many people as possible, and so we advertise the magazine’s virtues wherever and whenever we can. Is this self-interested? Yes. Irrelevant? Not if it puts the magazine into the hands of more readers. Dishonest? Our ads claim The Walrus is fearless, witty, thoughtful, and Canadian. You tell me. 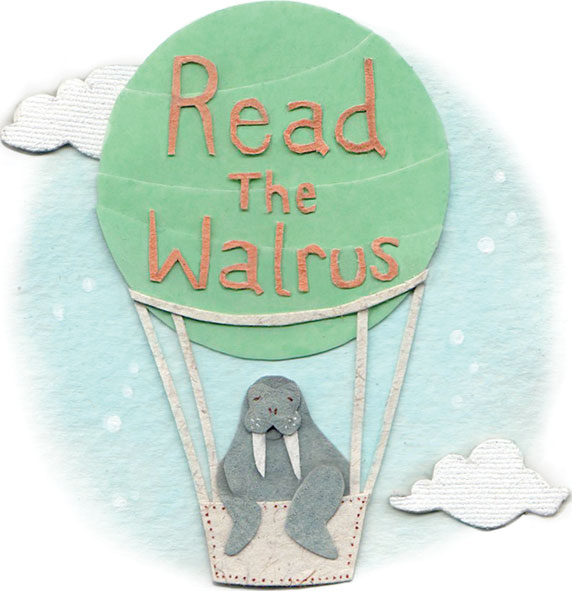 John Macfarlane is the editor and co-publisher of The Walrus.
Miki Sato