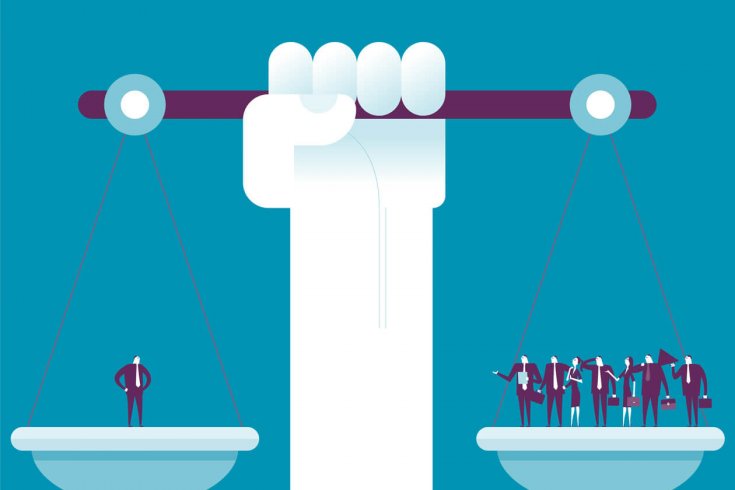 Ten years ago, Sylvio Langevin heard that Canada had pledged over $1 billion to humanitarian efforts abroad, which he considered equivalent to “throwing money out the window.” So Langevin, a farmer from Quebec, filed a lawsuit against the Canadian government. His claim, asking for $1.2 billion to fund the construction of his house, was quickly dismissed. A couple years—and a few more lawsuits—later, Langevin was designated a “vexatious litigant.”

This obscure term in Canadian law is a last resort against people who have wasted too much of the courts’ time and money with repeated, exorbitant, and irrational claims. Vexatious litigants are forbidden from going back to court without a judge’s explicit approval.

Hundreds of similar cases have arisen across the country. In Ontario, a former justice of the peace repeatedly sued public officials after he was accused of numerous sexual assaults. In Alberta, a senior man suffering from paranoia and dementia continued to contest his daughters’ guardianship over him, consulting at least seventeen different lawyers in the process. In British Columbia, a man who claimed not to be subject to Canadian laws repeatedly pestered a First Nation with lawsuits—including one for $10 million after he accidentally sawed off two of his fingers using a borrowed wood-splitter.

Most vexatious litigants forgo a lawyer and represent themselves. Documents are often filed under a multitude of pseudonyms, financial claims are enormous, and the plaintiff’s pestering of the court and of the defendants can be incessant. A law professor in Quebec, one of the few specialists on the subject, has described them as typically male, between forty and sixty years old, who consider themselves to be intellectually superior to the courts.

They can overwhelm judges who hope to spend their time making significant rulings—not justifying their denial of one man’s application to sue the government over its “friendliness to strangers.” Over the years, several Canadian judges have written scathing decisions against people who won’t give up. In 2012, an exasperated Alberta judge wrote nearly 200 pages on the topic of vexatious litigants who are misguided by self-proclaimed “gurus” offering legal advice. The judge mentioned one such man whose legal documents included remarks to the court like, “I’m Baaaack!! And you thought I was gone! NOT!”

Here are four of the country’s most notorious vexatious litigants.

Perhaps the most well known vexatious litigant in Canada is Valery Fabrikant, a former Concordia University professor, originally from Belarus, who was convicted of shooting five of his colleagues (killing four of them) in 1992. During his criminal trial—in which he didn’t deny his actions, but instead tried to justify them—Fabrikant insisted on representing himself. The trial dragged on for months, during which he habitually insulted the judge, court, and witnesses. The judge gave him six contempt of court citations and, in the end, cut his defense short. After only seven hours of deliberation, the jury found Fabrikant guilty on all counts.

Fabrikant has been in prison ever since but has still never left the courts. In 1995, he appealed his conviction, accusing the prison administration of “doing its best to kill [him].” His application ended with the suggestion that the “Goddess of Justice” should “start thinking of suicide” if he lost the appeal—which he did. Fabrikant later took a bid for a second winter parka all the way to the Federal Court of Appeal, which he won along with a refund of $50 in costs. He even filed a complaint to the Human Rights Commission of the United Nations in 2003, claiming that the Canadian government was threatening his right to life by refusing to perform the angioplasty he requested in 1999. The international court denied his application.

In 2000, seven years into Fabrikant’s prison term, the Federal Court declared him a vexatious litigant. It hasn’t stopped him from launching new cases: just last year, he was filing various appeals asking to waive court fees. Today, his name appears in over 100 documents on the website of the Canadian Legal Information Institute (CanLII).

Mario Brousseau, a property manager in Montreal, has filed more than 100 claims in court. Recently, he tried to sue the city of Montreal and its mayor for $1 million, disputing a fine of $158.79. He also filed suit against Toyota and its senior executives for $10 million because his car was repossessed.

Montreal police arrested Brousseau in 2009 following an investigation into drug and prostitution rings in his buildings. He launched a lengthy string of lawsuits, claiming innocence and the existence of a mass conspiracy against him in the city. In his quest to receive payment—compensation for the inconvenience of the police investigation, he said—Brousseau targeted financial institutions, judges, prosecutors, insurance providers, and others however marginally involved in his case. Within two years, Brousseau had filed lawsuits that totaled over $60 million.

In 2012, he was declared a vexatious litigant: to file any new claims, he has to receive approval from the head judge of Quebec’s superior court—whom Brousseau was already trying to sue for $35 million.

Thomas Percy Tupper has spent the last three decades protesting a traffic accident from 1983. He was riding his motorcycle late one summer night in Kentville, Nova Scotia, when he ran into and injured an intoxicated pedestrian. Tupper had been riding without a headlight, and he wasn’t insured. A judge ordered him to pay more than $28,000; when he couldn’t, his driver’s license was revoked.

For over two decades, Tupper accused everyone he crossed paths with—the pedestrian, the judges and lawyers involved in his case, even his girlfriend—in a series of suits and appeals. He claimed that he had been swept into a scheme led by the injured pedestrian, whom he accused of voluntarily stepping in front of the motorcycle and trying to commit insurance fraud. In October, Tupper’s appeal was dismissed by the Nova Scotia Court of Appeal, and he was designated a vexatious litigant—more than thirty years after his original court date.

“It has been made abundantly clear to Mr. Tupper that there is no merit to his conspiracy theory,” the decision against Tupper read. “The math is simple. Every sitting day taken up by one litigant represents a day denied to those waiting in line.” That was the third time in as many weeks that the court had had to deal with what it called “a plague” of relentless litigants in the province.

The End of the Galaxy

Years after his attempt to sue the government for $1.2 billion, the farmer from Quebec Sylvio Langevin was back in the courts. In 2012, he submitted written documents to the superior court of Quebec that were peppered with bolded and underlined exclamations. Roughly translated from French, they read: “Today, I want the Tribunal’s authorization to become (sole) proprietor of the planets and the moons.”

Langevin listed the celestial bodies he had in mind, including Mercury, Venus, and Jupiter’s four large moons. During oral argument, he amended his request to include “the space between each planet, and outwards to the end of the Galaxy.” The court’s denial of the motion was the most-read decision in Canada that year, at over 19,000 views on CanLII’s website.

Langevin had already been classified as vexatious at least twice before his appearance in 2012: once in a suit against the province’s attorney general, and once in another against the attorney general of Canada. A vexatious litigant is only restricted from the specific court where the ruling took place. Langevin simply went where he hadn’t yet been flagged.

Justice Alain Michaud responded to Langevin’s astronomical claims with a direct refusal, a new designation of vexatious litigant (this time in the superior court), and the remark that Langevin’s claims were “pollution” and an “embarrassment” of Canada’s judicial system.

Viviane Fairbank (@vivianefairbank) is a writer based in Montreal and the associate editor at The Walrus. 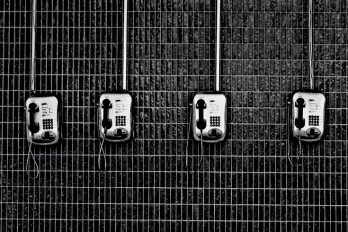 Social Distancing Is Impossible in Prisons. Why Are They Still Full?

The Need to Protect Free Speech on First Nations Reserves

How One Woman Reimagined Justice for Her Rapist