Why Are Sex Workers Forced to Wear a Financial Scarlet Letter? | The Walrus
Skip to content 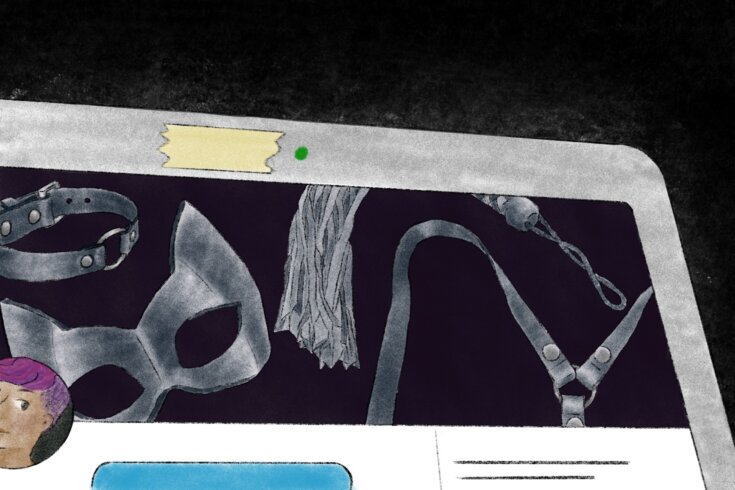 In an interview with the Financial Times, OnlyFans founder and CEO Tim Stokely blamed the chaos on corporate struggles, including the frequent refusal by major banks to process its transactions or host associated accounts. Such obstacles have fed the platform’s anxieties about its long-term profitability. Despite a user base of over 130 million, OnlyFans has failed to attract venture capital. Its association with adult content would appear to be scaring off investors and financial institutions, likely thanks to American evangelical lobby groups that have succeeded in conflating legal pornography with sex trafficking and child abuse through a number of baseless claims. These religious crusaders generate op-eds, organize social media campaigns, fund antiporn documentaries, and, most recently, have put intense pressure on payment processors to financially discriminate against porn performers.

For Rebecca Sullivan, a pornography studies scholar at the University of Calgary, the relentless moralizing is a smokescreen for regressive politics. “Sex work is not uniquely degrading,” she says. “It is simply a job.”

“You can never not be a sex worker once you’ve been identified as one,” agrees Katy Churchill, a webcam model and fetish-clip producer based in Vancouver. “They can functionally make it harder for me to get by,” she says, referring to the financial community. Platforms like PayPal and Venmo have also come under fire for freezing the assets of sex workers without warning or due process.

The concept of risk management also grants payment processors authority to determine for the rest of us what kinds of acts are “objectionable.” Acceptable-use policies frequently privilege white and heterosexual content over queer, POC, or marginalized depictions of sexual activity. Simply put, the targeting of legal pornography has gone beyond the scope of mere PR management. Instead, it highlights the immense influence platforms and banks have over the fantasies people are permitted to safely explore through media.

By the time Tumblr booted pornography from its site, in 2018, in order to fully comply with the Apple App Store’s antiadult clauses, the microblogging tool had become a haven for LGBTQ2S+ users, sex workers, erotica writers, and artists searching for solidarity. That safe space disappeared for good. Platforms and banks don’t simply determine what kind of porn you can watch but also what kind of sex toys you can buy—if they allow you to buy them at all. It’s no surprise, then, that financial discrimination against sex work has become a flashpoint for advocates of freedom of expression and economic rights, such as the Electronic Frontier Foundation, the Free Speech Coalition, and the American Civil Liberties Union.

In other words, a world in which payment processors and content platforms rule unchallenged is a problem not just for porn creators and consumers. It also establishes a precedent, allowing private companies to set opaque, moralizing, and arbitrary censorship terms without oversight. In an article for the cryptocurrency-focused news site CoinDesk, columnist David Z. Morris saw OnlyFans’ attempt to appease payment providers as a warning for anyone “concerned about the power of banks to effectively shut down businesses they don’t like by cutting off payments services.” Morris called the OnlyFans incident “a watershed moment”—a rare instance where a free-speech clash with financial institutions ended in a win for users and workers.

As traditional employment crumbles under the influence of technology, once-stable careers are segmented into gig work and low-paid contract tasks. It’s easier than ever to see ourselves drawn near to the financial straits faced by porn performers. Sex work—an industry forced to the margins under an exhausting cycle of economic uncertainty—is a case study on the future of work itself: precarious, heavily surveilled, and at the mercy of bigger players and their fickle business strategies. While the OnlyFans episode may herald a sea change for workers challenging corporate censorship, it remains a cautionary tale. That banks and payment processors can deny services to an entire class of workers is a form of labour discrimination that should alarm us all.

Maggie MacDonald is a PhD student at the University of Toronto. You can follow her work at @internetmaggie on Twitter.
Celina Gallardo