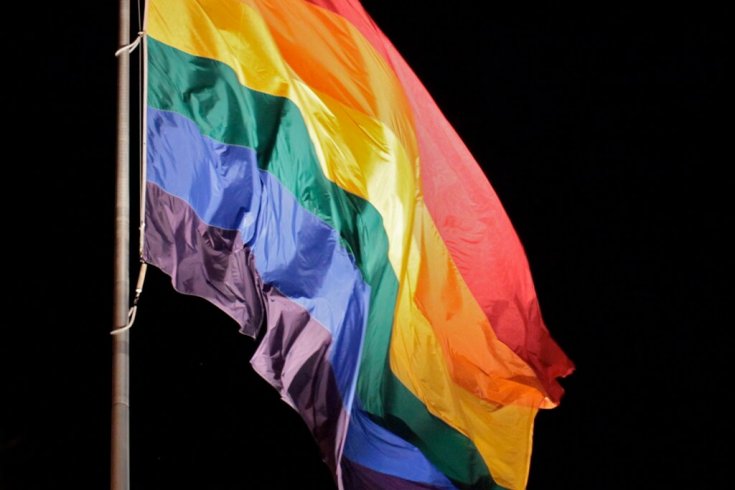 The moment I came out as a gay woman eight years ago, I put into place a set of safeguards. I don’t kiss my partner in public places I’ve deemed unsafe. I constantly scan the area when I hold her hand and release it whenever passersby make eye contact. If someone hurls the word “dyke” at me, I fight every instinct to yell back and instead walk faster, ignoring the slur. I’ve learned to always fear for my safety, for my life. I’m gay, and that means I’m a walking target for hatred.

Though police and investigators have not yet reported a motive in the shooting that left more than fifty wounded and another fifty dead at an Orlando nightclub called Pulse, it is hard not to correlate the act with queer and transgender hatred. The twenty-nine-year-old shooter’s father told the media that, months prior, his son “got very angry” by the sight of two men kissing during a trip to Miami. The shooter’s target, Pulse, has been celebrated as one of the city’s largest LGBTQ hotspots—“a visible symbol of unity between LGBTQ and straight communities,” as one journalist put it. No doubt many of the victims were revelling in a place where they felt protected.

It doesn’t matter how careful we are, or how safe we think are. LGBTQ people are always targets.

The club was founded in 2004 by Ron Legler and Barbara Poma, whose brother, John, succumbed to AIDS in 1991. (According to Poma, it was named Pulse after John’s heartbeat, for a club “where he is kept alive in the eyes of his friends and family.”) Pulse was intended to foster the support experienced by Poma’s brother after coming out to his strict Italian family. Throughout the years, the owners have welcomed LGBTQ Floridians of all stripes; on the night of the massacre, the club was holding its Latinx night, with nearly 400 in attendance. “From the beginning,” wrote Poma in a statement following what is now the deadliest mass shooting in U.S. history, “Pulse has served as a place of love and acceptance for the LGBTQ community.”

That is perhaps the scariest takeaway: it doesn’t matter how careful we are, or how safe we think are. We are always targets.

For decades, the LGBTQ community has worked hard to carve out safe spaces. Nearly every major city in North America has a queer village, filled with clubs, restaurants, and bars where LGBTQ people are welcome. In his 1997 book Queer Space, critic Aaron Betsky defined these queer-only places as “liberating.” They have today become synonymous with the open expression of sexuality: through dance, hookups, and more implicitly, through congregation.

These are the only spots, aside from my own home, where my guard is completely down. I can wrap my arms around my girlfriend free from harm or heckling. I can physically relax—my muscles aren’t tensed, my body is not in fight-or-flight mode. For someone straight and/or cisgender, it may seem ridiculous. But for anyone LGBTQ, safe spaces are the only places to mentally and emotionally unwind.

But for just as long, these spaces have been infiltrated by violence. The most notorious American LGBTQ hate crime occurred in 1973, when the UpStairs Lounge, a New Orleans gay bar, was burned down, killing thirty-two patrons in just twenty minutes. Two years later, a Montreal bathhouse was firebombed, killing two; the perpetrators have never been caught. In April 2012, Raymond Taavel was beaten to death outside of Menz and Mollyz, a gay bar in Halifax; and in 2013, a man set fire to a gay nightclub in Seattle because he believed homosexual people “should be exterminated.” And just hours following the Orlando massacre, a man was arrested while en route to the Los Angeles Pride Parade with assault weapons, camouflage, and explosive-making materials in tow.

Governments have tabled and passed legislation intended to stop these acts of violence. In the U.S., President Obama has passed a law in the name of past LGBTQ hate crime victim Matthew Shepard to prosecute those who commit violence on the basis of sexual orientation or gender identity. Here in Canada, I am considered equal under the law. The Canadian Human Rights Act protects me, and calls any targeted harm against me hate crime. The courts say I can marry my same-sex partner. My transgender friends have national protections. My city, for the first time ever this year, is celebrating a month of LGBTQ pride.

Yet, based on police data from 2010, hate crimes against the LGBTQ community remain the most violent in Canada, particularly when involving those who are transgender and queer people of colour. Police also believe that such crimes are underreported, as many fear being outed. The stats are equally harrowing in the U.S., where 18 percent of all hate crimes are motivated by sexual orientation. Every year, thousands die because of who they are.

The weight of these lost lives hangs over any metropolis where queer and trans communities have found safe havens. I want to believe that the Orlando attack happened in a city far from my own. I want to blame America’s lax gun laws. I want to reassure myself such tragedies would never unfold in Canada. But years pass, and my LGBTQ allies keep getting hurt and killed. When there is hatred, there is a way.

Last July, my friends and I stood in line to get into Crews and Tangos, a club known for its drag shows in the city’s LGBTQ village. Outside, a bouncer used a tally counter to keep track of the hundreds of partygoers swooping in and out the building; it clicked as we paid our cover and marched inside.

We were met instantly with humidity; throngs of sweaty dancers clung against one another. We were pushed against a stage at least five people deep. The exit was blocked, and so was the path to the bathroom. But we were all tipsy, focused on the queen in front of us and not on potential dangers. In hindsight, I wonder how we could have gotten out had we been attacked in the club that night.

My mother knows this, too. Sunday morning, we watched, in tears, as a woman told reporters that she was desperately searching for her son. “He’s not answering his phone,” she said. (Investigators say they had to tune out phones ringing beside fallen bodies as they made their way through the scene.) When the death toll reached fifty, we all knew he likely hadn’t made it, and we choked back more tears.

When I told my mother I was writing about the Orlando shooting, she took pause. “Do you have to make it so personal?” she asked. She says this to me often, fearful that being outspoken will put me at greater risk for violence. We have had many difficult conversations about my safety, and I know she is terrified that, one day, she won’t be able to reach me on my phone either.

Erica is a senior editor at Xtra Magazine.