The Shag Harbour Incident | The Walrus
Skip to content 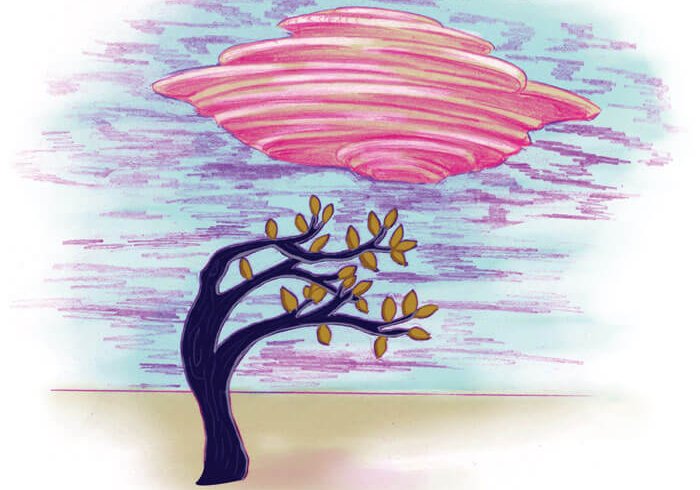 One cool, sunny day last August, the Shag Harbour Incident Society Museum was as full as it would be all year. More than fifty people wandered in for the society’s annual UFO festival, lingering around displays that included alien-inspired folk art, a table piled with newspaper clippings, and a small TV playing a documentary about extraterrestrials. Shag Harbour Incident Society member Peter Goreham pointed at photos of local witnesses tacked up on the wall (he’s the one in the red plaid shirt with his arms crossed). “It caused hysteria in the surrounding villages because it was the height of the Cold War,” says Goreham of the town’s 1967 UFO crash. “People thought it was a military aircraft. It could have been radiation, it could have been anything, and we weren’t getting any answers. People were frantic.”

Housed on the main floor of an otherwise empty yellow clapboard building sandwiched between the Atlantic Ocean and Route 3, the museum draws between 1,000 and 2,500 visitors from as far away as Germany, Australia, and Tanzania every summer. There’s a Baptist church across the road, three lighthouses, and fish plants up and down the coast, but little else for visitors not looking to buy fresh lobster. The museum is a paranormal pit stop for kitsch-seeking tourists drawn off the main highway. It was started by a group of locals hoping to capitalize on the UFO “incident”—you hear this word repeatedly—that has long been entrenched in the town’s lore.

Forty-nine years ago, Goreham was thirteen years old and lying awake in bed one night, when, suddenly, a stark white light cut through the treetops outside his window. “It kept getting brighter and brighter and brighter,” he says, “like a full moon, but there was no moon.” Then came a whistling and a tumbling, as if a massive object were flipping end over end through the air. Whatever it was roared past the house, before the deafening silence of the night sank back in. That same night, several locals in Shag Harbour watched a low- and slow-flying aircraft with flashing red-orange lights crash into the village’s large bay. RCMP officers went out to investigate and saw the object drift down-shore and sink an hour later. Canadian Coast Guard divers searched the area for days but found nothing.

Today, like many of the area’s residents, Goreham is a fisherman. He’s also soft-spoken, clean-shaven, and wears wire-framed transition lenses—hardly the embodiment of a UFO-nut stereotype. He came out publicly with his experience in 2013, after more than four decades. “If you’ve got a group of people you live with, and they don’t believe in that stuff, and you come forward, they’ll think you’re crazy,” he says. “That’s why I held back.” He’s been a passionate spokesperson for the incident ever since.

Shag Harbour’s evidence trumps even Roswell’s in the annals of ufology, thanks to the robust official record—Department of National Defence memos, RCMP reports, and a dozen witness accounts—that has been compiled. And members of the society (most of whom aren’t witnesses but rather locals who think their village can profit from curious tourists) want a bigger, better museum to showcase the event. There are myriad theories about what crashed that night, from a top-secret American or Russian military plane to alien visitors landing on Earth. While Goreham won’t say he believes it was a flying saucer, he doubts 1960s technology was advanced enough to build a plane that could fly so slowly. “We don’t know if it was extraterrestrial or terrestrial,” he says, “but it definitely wasn’t conventional.”

When I meet Goreham at the crowded Tim Hortons in nearby Barrington Passage, a ten-minute drive away, he brings along his copy of Impact to Contact. The book is a chronicle of the Shag Harbour incident co-written by ufologist Chris Styles, a scruffy Nova Scotian Fox Mulder and a fixture at annual UFO festivals. Goreham places the book on the table between us. “I think Canada should have an international UFO museum, and this is the place to put it,” he declares. He explains that he’d have it built overlooking the watery crash site. (All that marks the spot is a gazebo and a blue sign ten feet in the air that reads, “Site of the 1967 UFO Incident.”) He estimates that the facility, complete with a restaurant, high-tech interpretive displays, and a rooftop astronomical observatory, would cost between $3 and $4 million. It’s an ambitious ask for a museum that doesn’t yet have an official website. (They’re working on it.)

Goreham and others are frustrated by what they see as a missed economic opportunity for the town. “There’s not a road sign, not a brochure out,” says another witness, retired fisherman Laurie Wickens, who gesticulates wildly as he speaks. “The fiftieth anniversary is coming up, and that could bring thousands of people to Nova Scotia, but there ain’t nobody interested.”

The society is essentially a community group of retirees. Its members, seven in number, are qualified to run small community displays, not international tourist attractions. And their cause lacks support from the rest of the no-nonsense blue-collar community, which is wary of becoming a town known for believing in little green men.

Still, Goreham is not deterred. He cracks Impact to Contact’s dark blue-and-green cover and opens it to the front page, which has been autographed by authors Styles and Graham Simms. The book was published just after Goreham finally came forward as a witness. The incident is such a defining part of his life now, he says, that he can’t stop researching. “I’m going to pursue this until I get my answers,” he says, “or until my time runs out.”

Chelsea Murray (@chelsea_murray) has written for Hazlitt and the Guardian and is the co-founder and editor of The Deep.
Jessica Fortner

Jessica Fortner (@JesFortner) has done work for the New York Times, the Harvard Business Review, and The New Republic. 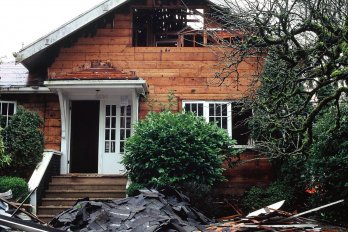 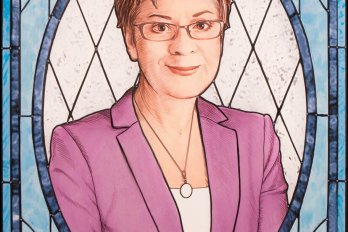 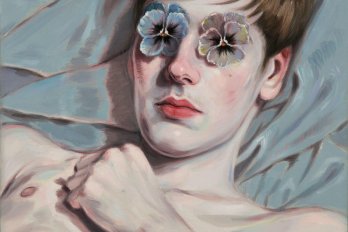