Stop Calling Me Sweetie | The Walrus
Skip to content 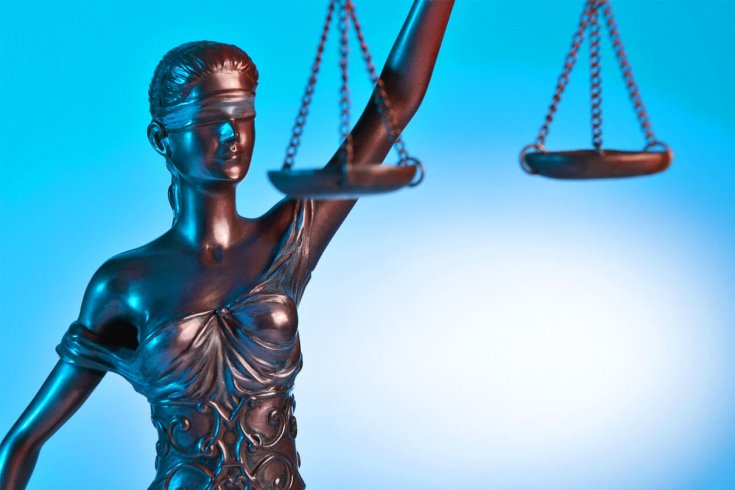 As a lawyer, the particulars of my professional world are privileged. So if I want to tell a story from work, I redact it. For example: in the early stages of a lawsuit, a young female lawyer is sent to represent her client in settlement negotiations. The other side, a corporation, hasn’t yet hired a lawyer and sends one of its directors to negotiate instead. He’s a man in his sixties. The lawyer comes to the table and she’s prepared to talk numbers. The director comes in with an arsenal of off-colour negotiation tactics: he closes each sentence with “sweetie,” tells her he’s happy to see her “pretty face,” asks her if she’s blushing. She could say to him, “This negotiation is over. We can resume when you’ve learned appropriate language.” She doesn’t. Instead, she says to herself: you are here to try and strike a deal, not to give a lecture. In the end, there’s no settlement, and she bit her tongue for nothing.

Here are some other redacted work stories I’ve collected over the years. A female candidate is told that this firm or that practice group is “really looking to hire a man” this year. A female law student is privy to the observation that women shouldn’t become judges until after they’ve given birth and are “hormonally balanced.” A female lawyer attends lunch meetings at Toronto clubs that only recently started accepting female members, and at Toronto clubs that still don’t accept female members. At a bar, a female lawyer sits quietly while her colleagues deride another female lawyer for glancing at her nails during a trial and, in the same conversation, delight in the rumour of a male lawyer who checks game scores in court. On the way to a firm event, a female lawyer learns that a man she admires, who rose to the utmost prominence in her profession, was the type of person who “couldn’t be left alone with his secretary.” A first-year associate considers whether putting “feminist” in her firm profile is worth the risk of professional alienation and decides that it’s not. A law student wanders the hallways of the Ontario Court of Appeal and makes her peace with its many, massive portraits of old, white men. That same student is later told a rape joke over cocktails at a networking event. Then, as a lawyer, she tries to do her job while being called “sweetie.”

Pet names really irritate me. I’ve been told this kind of language is benign, a fuddy-duddy relic of the days when lawyers called their assistants “girls.” But some lawyers still say “their girl” will make a photocopy, and pet names aren’t harmless. They’re a kind of benevolent sexism—masquerading as compliments but in fact reinforcing destructive stereotypes about women. Calling a female lawyer “dear” or “sweetie” infantilizes her. It plays on the trope that women need babying or protecting. It uncomfortably personalizes an exchange. When a male lawyer calls a female lawyer “honey,” he’s suggesting to whoever’s listening that he’s familiar with her, that he’s humouring her, and that she doesn’t really belong.

The prevalence of benevolent sexism in law recently prompted political action in the United States. There, the National Association of Women Lawyers (NAWL) put pressure on the American Bar Association (ABA) to amend its Model Rules of Professional Conduct to prohibit sexist conduct in the profession. In support of these amendments, women reported incidents where they were patted on the head, scolded for acting in a manner “unbecoming a woman,” and addressed as “honey” and “darling.” NAWL’s efforts were a success and on August 8, 2016, the ABA voted to amend Rule 8.4(g) of the Model Rules of Professional Conduct. Under this model rule, it’s now professional misconduct for a lawyer to:

[E]ngage in conduct that the lawyer knows or reasonably should know is harassment or discrimination on the basis of race, sex, religion, national origin, ethnicity, disability, age, sexual orientation, gender identity, marital status, or socioeconomic status in conduct related to the practice of law.

The ABA’s Model Rules are, as the name suggests, only guidelines with no force of law. They are published as a model for the rules of legal ethics created by individual states. But although the Model Rules are non-binding, they formalize the legal profession’s rejection of sexism on a national scale and are therefore of tremendous symbolic significance. As NAWL wrote in its letter supporting the amendments to Rule 8.4(g), “Perhaps when the refusal to accept discrimination and harassment is literally written into the moral code of the legal profession, women and minorities will be fully accepted as colleagues, partners, bosses, and opposing counsel.”

In Ontario, lawyers are regulated by the Law Society of Upper Canada, whose Rules of Professional Conduct specifically prohibit sexual harassment and state that lawyers have a “special responsibility” not to discriminate against any person on the grounds of sex or gender. And unlike the ABA’s Model Rules, the Law Society of Upper Canada’s Rules are mandatory and binding—if a lawyer breaks these rules, he or she can be required to take sensitivity training or counseling and may be reprimanded, suspended, or disbarred.

But although our Law Society’s “moral code” says sexism has no place in our profession, sexist language is still a problem. It goes unreported and unsanctioned, particularly when it involves one lawyer using sexist language as a tactic against another lawyer. I recently had cause to ask my female colleagues in the profession whether they, too, had experienced benevolent sexism. The responses were many: one woman had been praised by a colleague as “not just a pretty face”; another had worked with a lawyer who insisted that she was “too young” to be her client’s lawyer, she had to be her client’s daughter; one woman had been told that a male associate was preferred to attend a meeting, as a confrontation was likely; several women told me about sexual advances from clients or colleagues or counsel. “How do you deal with this?” I asked these women. I meant, “What should I have done?”

This is all good advice to keep in your back pocket as a female lawyer, and I wish I’d had it earlier in my career. It’s useless, however, if women lawyers don’t feel they can respond to sexist language to begin with. Many women that I spoke with were concerned that taking any position, however polite, in response to sexist language would fruitlessly antagonize an opposing lawyer (or a judge or mediator) and prejudice their client’s case. The fear is that there’s not enough to be gained and too much to be lost, so female lawyers often let sexist barbs go unremarked upon. Similarly, women worry that if they are firmly or vocally opposed to sexist language, particularly from their own colleagues, they’ll be seen as bitchy or sensitive, or not a team player, or that they’ll damage relationships with important mentors. Ultimately, these women stay silent as a way to prioritize their duties to their clients and their own advancement within the profession.

But framing this problem in terms of “competing duties” sets up a false dichotomy—you either roll with the punches or you’re not fit for the profession. It’s wrong. Shutting up is not the best way for women to serve their client’s interests, and it’s not the best way for women to foster their own professional success. Being referred to as “sweetie,” for example, seriously undermines women’s competence and credibility in their client’s eyes. It also impairs women’s professional confidence. A recent study investigated the effects of infantilizing language on women’s self-perceptions and concluded that being called “girl” rather than “woman” negatively influences a woman’s feelings about and confidence in her own leadership qualities. It’s not hard to see why sexist language is used as a disarming tactic. In fact, the American Center for Law and Religious Freedom opposed the ABA’s amendments to rule 8.4(g) precisely on the basis that such changes would “impair the ability to zealously represent clients”.

In light of these realities, I add this to my list of advice received: yes, you can. Sexist language makes it harder to do your job, so yes, you can shut down the sexism you encounter. Sexist language causes you to doubt your own professional qualities, so yes, you can adjust the situation to regain your footing. Calling out sexism isn’t incompatible with women lawyers’ professional duties to clients, to the administration of justice, or to their own advancement. Calling out sexism serves the profession because doing so empowers us, the women within it.

There’s an important caveat to all this, which is that the burden of responding to sexist language shouldn’t be borne solely by female lawyers in the course of their day-to-day practice. It’s not a fair burden, and, in any case, it’s not enough. Firms have to be proactive. The Rules of Professional Conduct outlaw discrimination and harassment within the profession—why isn’t this commitment renewed in every retainer agreement? Since 2011, it’s been mandatory in Ontario for lawyers to undergo three hours of “professionalism” training per year. At least one of these hours should be spent learning how to avoid, respond to, and discourage discrimination and harassment in the practice of law. Setting up an in-firm mentorship network specifically for women would also go a long way. It would at least cut down on the time it takes to get good advice. For now, I’ll remind women in my profession, and when the going gets tough, I ask to be reminded in return: yes, you can demand professional treatment. Those are the conditions that best serve your client and foster your own success. You prejudice yourself, and fulfill no duty, by staying silent.

Here’s one more redacted work story. A junior associate endures sexist remarks from opposing counsel and confides in her mentor, a senior lawyer. From that point on, her mentor always refers to her by name in front of counsel and opposing parties, and specifically credits her for her role in the file. This reinforces the associate’s legitimacy and confidence in the profession and sexist tactics lose their purchase. All by using her name.

Daniella Murynka is an associate with Ricketts, Harris LLP in Toronto.