No Woman Is an Island | The Walrus
Skip to content 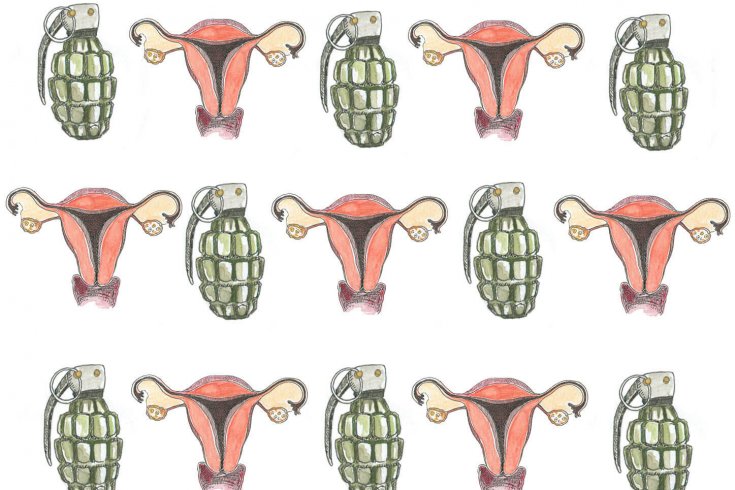 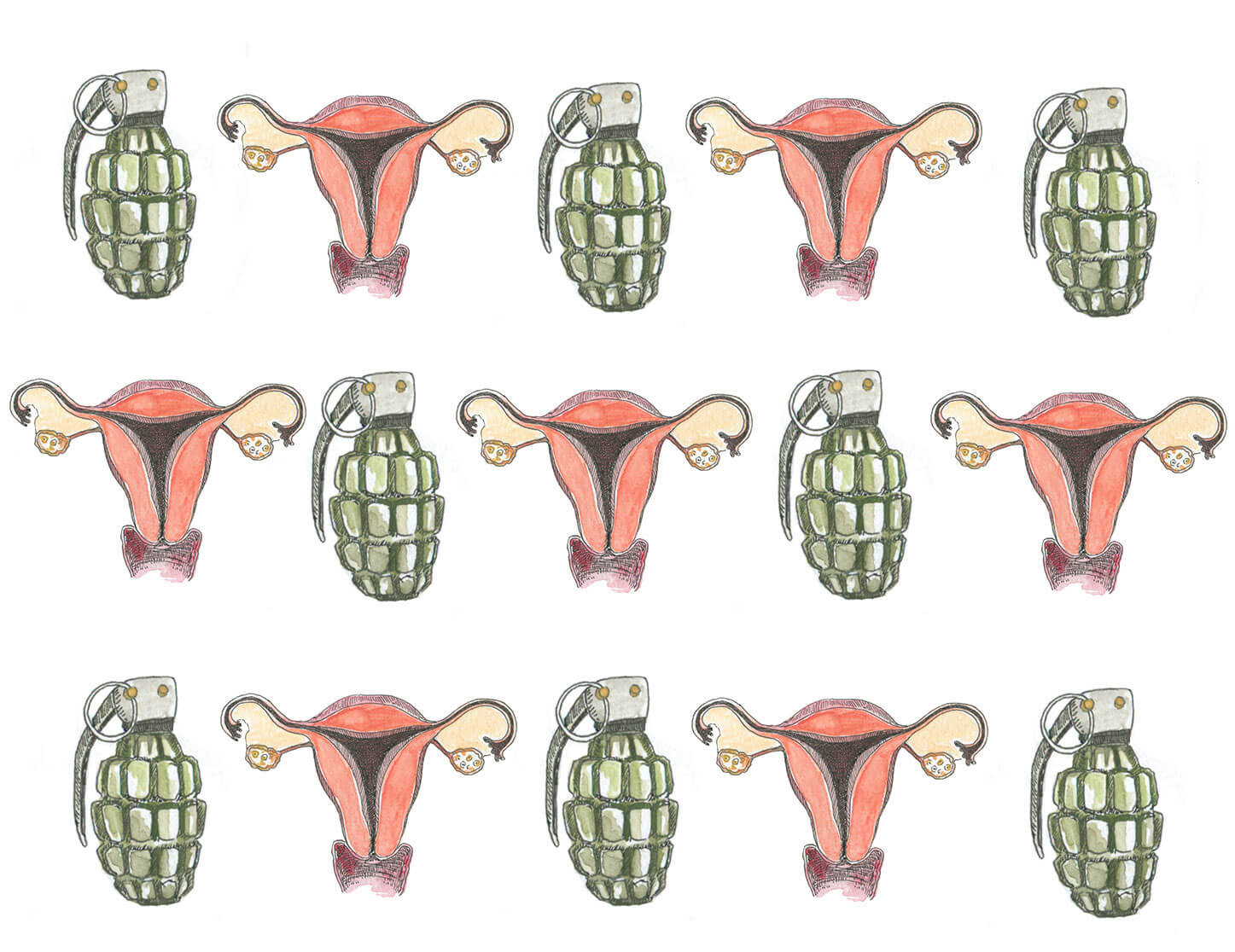 On the morning of January 5, 2016, Colleen MacQuarrie stepped onto an elevator in the government offices in Charlottetown. She held a large envelope that contained a stack of papers advising PEI’s deputy attorney general that Abortion Access Now, the advocacy group co-founded by MacQuarrie, intended to sue the PEI government for unrestricted access to surgical abortion.

One of the men sharing the elevator with her happened to be Premier Wade MacLauchlan. The two not only know each other but MacLauchlan, the former president of the University of PEI, had even hired MacQuarrie to her position as associate professor in the university’s psychology department. “It’s PEI,” MacQuarrie says, by way of explanation.

MacQuarrie laughs ruefully as she recalls the encounter. “I sort of tapped the envelope and said, ‘It’s going to be an interesting three months.’”

Aside from her work with Abortion Access Now, MacQuarrie has spent the past six years investigating the impact of PEI’s lack of abortion services. In that time, she has collected stories from frontline healthcare workers and advocates, and from women who have tried to access abortion themselves.

One such woman is Moe (her last name has been withheld to protect her identity). Born and raised in Charlottetown, she was nineteen when she found out she was pregnant in 1999, and in what she describes as a poisonous and controlling relationship with her then live-in boyfriend. “I had no idea what to do,” she says. “My life was pretty much over, is how I felt.” Moe sought help from the most accessible resource she could find, Charlottetown’s Birthright centre, whose staff counseled her to return for support while she brought her pregnancy to term. Increasingly desperate, she confided in her partner, who explicitly forbade her from having an abortion saying that he would never speak to her again if she terminated the pregnancy.

But a sympathetic relative helped Moe get a referral from a physician to the Morgentaler Clinic in Halifax, drove her to the city, covered the cost of travel, and paid for the abortion fees. By then, Moe had spent weeks trying to figure out what to do, and the pregnancy was far enough along that she had to undergo a more expensive procedure. Despite the complications and what she describes as “one of the worst experiences that I have ever been through,” Moe is grateful. “I had the support of a very caring relative who had the ability, even though there wasn’t much on it, to hand over the credit card and say ‘Here, get it done.’”

If that hadn’t happened, she says, she isn’t sure what she would have done. “I was imagining myself walking out in front of a truck, falling down the stairs,” she recalls. “Me dying wasn’t of any consequence. It was ‘Make this pregnancy stop at all costs.’”

Moe’s is one of many disturbingly similar stories that MacQuarrie’s research has unearthed, many of which lay bare the experiences of women in PEI without the resources or support to seek an out-of-province abortion. In 2013, the preliminary findings of a qualitative study revealed women who spoke “about the use of alcohol or drugs to try to get their bodies to expel the contents or to get their bodies loose enough to fall harder downstairs so that their body would be traumatized enough [to miscarry].”

It wasn’t always this way. From 1969 to 1986, PEI was relatively in step with the rest of Canada in terms of its abortion policy. Women could, at least on paper, appeal to a Therapeutic Abortion Committee on the island and be granted an abortion provided that it was “medically necessary.” But the law’s ambiguous definition left it open to interpretation, and abortions were at times granted on socio-economic or psychological grounds.

By the mid 1970s, the province had started to shift toward drastically limiting abortion access. Research by the historian Katrina Ackerman has shown that this was due in large part to the dedicated and passionate members of the PEI Right to Life Association. Emboldened by the support of the Catholic Church, and a number of outspoken pro-life public officials, clergymen, and physicians in the province and elsewhere, the association grew from a handful of members in 1974 to more than a thousand by the early 1980s.

Soon after it was founded, the RTLA embarked on a campaign to eliminate abortion access in the province by lobbying public officials and physicians’ groups, and disseminating educational materials to high schools. In an especially savvy move, the group infiltrated hospital boards, whose membership was open to the public, whose fees to join were low, and who at the time were solely responsible for administering Therapeutic Abortion Committees and deciding whether abortion services would be provided by a hospital.

PEI’s Right to Life campaign reached a fever pitch during the 1986 Prince County Hospital board elections, when more than 1300 people showed up in Summerside, an hour’s drive northwest of Charlottetown, to vote on the continuation of the hospital’s Therapeutic Abortion Committee. Unsurprisingly, the board voted resoundingly to eradicate the province’s last remaining TAC. In many ways, though, the vote was moot; local anti-abortion sentiment at the time was so overwhelming that permission for the procedure hadn’t been granted in four years.

The last legal abortion on PEI was performed more than three decades ago, in 1982.

PEI’s final departure with federal policy came in the spring of 1988. On January 28 of that year, the Supreme Court of Canada ruled in favour of Henry Morgentaler’s case against the federal government, leading to the decriminalization of abortion across Canada. In response, and citing overwhelming public opinion, the Legislative Assembly of PEI passed Resolution 17 that March, which stated unequivocally that PEI would not toe Canada’s party line, declaring, “any policy that permits abortion is unacceptable.”

The legacy of Resolution 17 and the campaign that accompanied it has been a lasting and overwhelming silence on the topic of abortion. It was only in 1995 that the PEI government negotiated a reciprocal agreement with Queen Elizabeth Hospital in Halifax, so at least the cost of the procedure would be covered (travel costs are still not reimbursed). However, information about how to access these procedures was not even posted on the health department’s website until sixteen years later, in 2011.

MacQuarrie points out that while the PEI government was making abortion access near impossible, they had been tracking the incidence of complications due to incomplete or illegal abortions, including pelvic inflammation and renal failure—information revealed through a freedom of information request for PEI’s public health records in 2013.

The tides, however, appear to be turning, with a young and passionate community of pro-choice activists lobbying for increased transparency and better access. Those aspects of PEI that made the Right to Life Association’s campaign so successful—the small and tightly knit community and its relative geographical isolation—may also be working to foster an increased sense of urgency and camaraderie between generations of pro-choice activists.

Despite the recent gains (self-referrals to Moncton Hospital were made possible in July of last year), the lack of access to surgical abortion on the island means that women continue to endure the extraordinary hardships Moe did seventeen years ago. The Canadian Institute for Health Information reported that in 2013 more than 100 PEI women travelled to an out-of-province hospital for an abortion—an estimate that doesn’t include women whose abortions were performed at private clinics.

When I ask Moe what local abortion access would mean, she recounts her drive home from the appointment in Halifax. “I remember getting my relative to pull over on a busy highway, with vehicles speeding all around us,” she says. “I threw up out of the window. It was just a nightmare.”

After years of hearing similar experiences, MacQuarrie is well aware of what is at stake in the pending lawsuit. Time will tell how the PEI government will respond when the ninety-day grace period expires in early April. MacQuarrie is hopeful, but also concerned that there isn’t the same sense of urgency on the part of the government. “It’s not personal,” she says. “Maybe I wish it was more personal.”

Miranda Elliott has written previously for The Walrus about HIV criminalization and abortion access in rural Canada. She works as a Quality Improvement Specialist at Toronto Public Health.